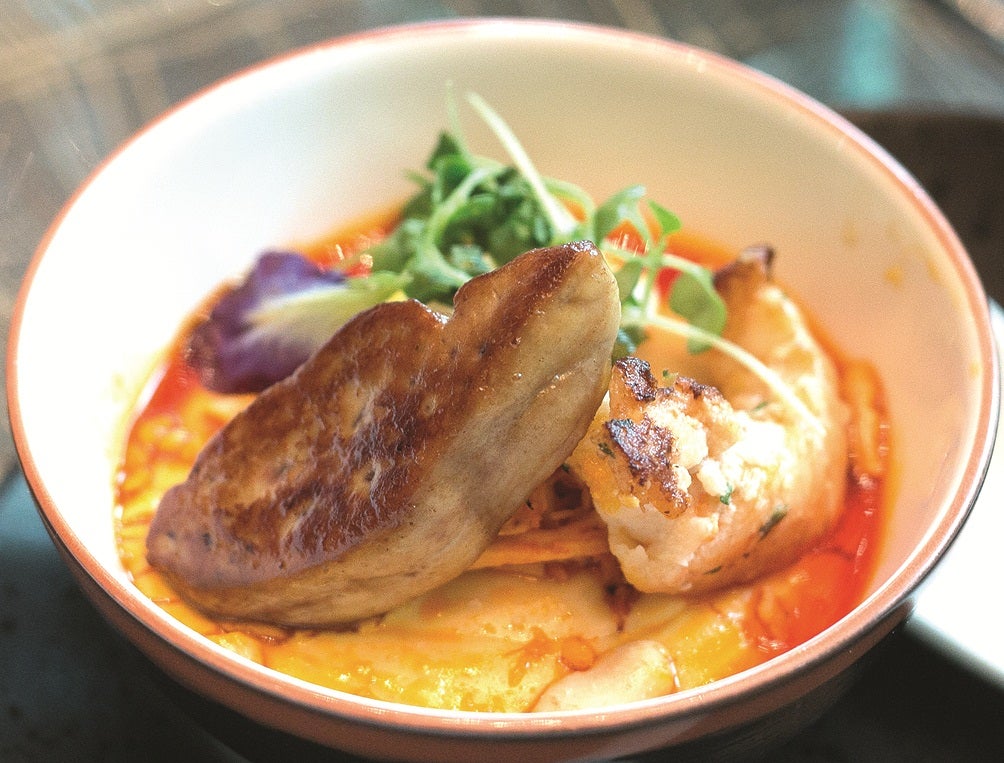 For the first time since opening in 2013 and introducing a variety of fine international cuisines, Solaire Resort and Casino is featuring Philippine food done with the passion and flair of chef Sau del Rosario.
In celebration of the country’s Independence Day, Solaire’s first Philippine food festival runs at Fresh from June 15-July 15.

But no more dishes wrapped in banana leaves or stewed dishes cooked in palayok (earthen pot). Instead, cooking is done via sous vide (immersion circulator) while traditional fare comes on a beautiful platter.

“I have nothing against our traditional way of preparing dishes,” said the celebrity chef. “I respect that, but it doesn’t hurt to mix progressive methods of cooking without really compromising the flavors and textures.”

Del Rosario cited kare-kare, typically presented with the vegetables soaked in the sauce. “Now, using the progressive style we can serve the sauce and veggies separately on a charming plate,” he said. “You can even cook the veggies tempura-style. You can use bagnet instead of oxtail. I use macadamia instead of peanuts in my kare-kare.”

The result? “It’s equally delicious since it has the same taste profile but given an updated flavor,” he claimed.

He has attended food fests here and abroad; each time he tries to “upgrade” Pinoy food in terms of look and ingredients.

“We can’t always serve sinigang na isda or adobong baboy. We have more than that on our table,” said Del Rosario, who has just launched his first cookbook, “20 Years of Love and Cooking.”

During the media launch for the Solaire foodfest at Fresh, Del Rosario talked about some of his modern-day dishes drawn from his Pampanga roots.

First to be served was Tamales. Instead of grounded glutinous rice topped with meat and rich peanut sauce, Del Rosario prepared it with lobster bisque, prawns and a huge chunk of pan-seared foie gras and quail egg on top. It was very rich and thick and served on a spanking white cup.

“Traditionally, in my book, tamales is wrapped in banana leaf. However, I put it in a cup so that people can appreciate it more, especially the young generation,” he said. “Sad to say, kids now don’t like suman sa lihiya
because they think it’s lola’s food.”

Next came caldereta using lamb loin and prepared sous vide. The lamb loin was rubbed with dijon mustard, lemon juice and lemon zest for that tangy, citrusy aftertaste. The loin was then vacuum-sealed and cooked in sous vide machine for two hours at 70ºF. The meat came out moist and tender.

For the Solaire food fest, Del Rosario will surprise guests with more of his culinary magic. At the buffet table will be ice cream of the sampaguita, panucha, and mangga’t suman variety.

Savory items include US Beef Morcon with Caramelized Shallots and Beetroot Pickled Eggs, Duck Magret Adobo with Coconut and Dalandan, and Sisig Foie Gras with Eggs.

“In making the menu, I’ve considered the market of Solaire which is quite sophisticated,” said Del Rosario, currently the culinary director of the Center for Culinary Arts-Manila, CEO of Food Garage and consultant of three resorts—Bluewater Maribago in Cebu, Cauayan Resort in El Nido, Palawan, and Alphaland’s Balesin Island Club in Quezon.

“I know also that most casino players are balikbayan, that’s why I want to give them a taste of what modern Philippine cuisine is all about. I want to be more relevant.”

He adds: “What’s nice about Solaire (is that) we are aligned with the vision of pushing Filipino food and being uniquely different from the rest.”

Del Rosario said he will showcase his own versions of lechon—stuffed with Malagos cheese and tablea, and another filled with ripe mangoes from Guimaras.

One for the books may be the lechon stuffed with whole lechon manok.

Another must-try in the buffet will be the Pancitan Bar that will offer all kinds of pancit, such as habhab, bam-i and luglog with different sauces prepared in front of the guests.

Street food faves such as kwekkwek, squid balls and fish balls will also be available, including cold beverages like buko juice, sago’t gulaman and guinumis.

“I think Filipino food is best served on a plate, not in bilao anymore if we want to be acceptable internationally,” Del Rosario said. “And it’s easy to do if we just upgrade a bit, patronize and love our own like the Japanese or Thais appreciating their own.”
Solaire Casino and Resort is at Aseana Avenue. Parañaque, Metro Manila. Sau del Rosario’s cookbook, which is about his 20-year journey into the culinary world, will also be available at Fresh. He will personally sign copies during brunch on Sundays.

Procedure
Season the lamb shank with salt and pepper. Sear meat in hot skillet with oil until all sides are light brown. Set aside.
Heat olive oil in a casserole. Saute the garlic and onions. Add meat and cook for two to three minutes. Mix in the soy sauce, tomato sauce and liver spread.
Add chicken stock, peppercorns and bay leaves. Simmer for 30 minutes or until meat is tender. Add more chicken stock, if necessary.
Add carrots, mushrooms and chillies. Simmer further until vegetables are cooked and sauce thickens.
Add Parmesan cheese and bell peppers. Correct seasoning.
Garnish with kesong puti.