In the video, both were not able to finish properly, and the clip showed them high-fiving each other, laughing nervously, with JD saying, “Kinakabahan talaga ako, hindi ko kinakaya.”

The video uploaded by SGAG is captioned “Friends do not let friends do silly things alone…in this case getting ZERO POINTS for Diving at SEA GAMES 2015! HAHAHAHAH!”

It has gained over six hundred thousand views since it was uploaded at midnight and has over 2,000 comments. Funnily enough, the most upvoted comment is by featured “star” JD, whose reply shows what a good sport he is.

“I even laughed at myself after I did this dive hehe. But after all this was not the first time I failed a dive, and I was not the first one who did so. And I am still proud because not all of us has the privilege to represent our own country to such a big sporting event like this. And by the way can I ask all of you if you can still smile after getting embarrassed in front of thousands of people? Hehe just asking, right? ” he writes, tagging his fellow diver John Fabriga.

The two also replied to both encouraging and disparaging comments on the post. A lot of the comments commended the two for their gumption and efforts, while other comments have already featured the two in different memes. 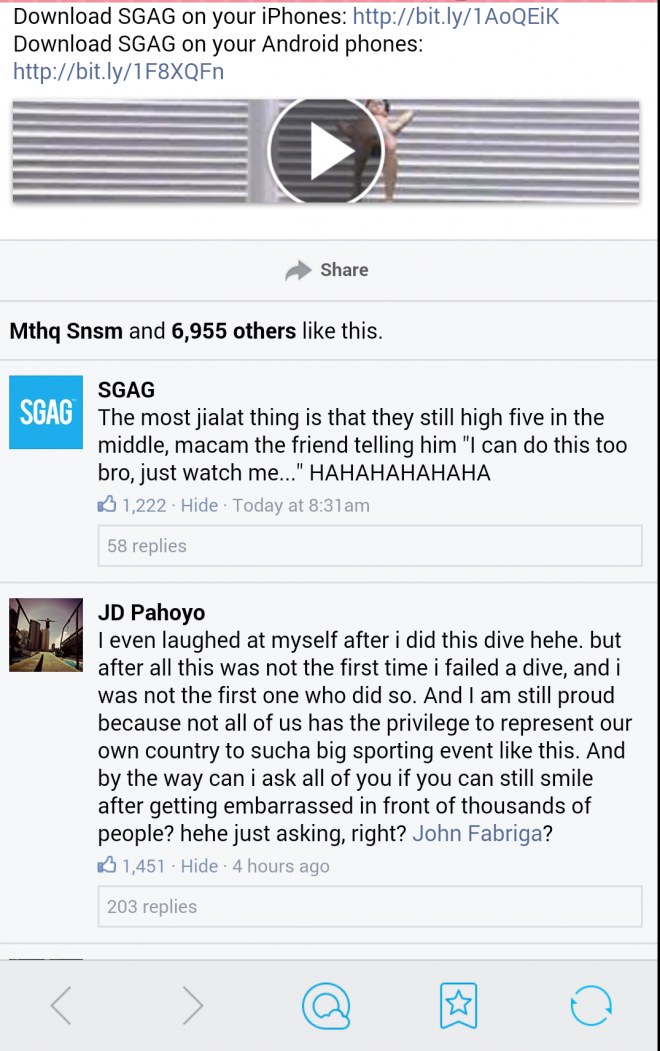 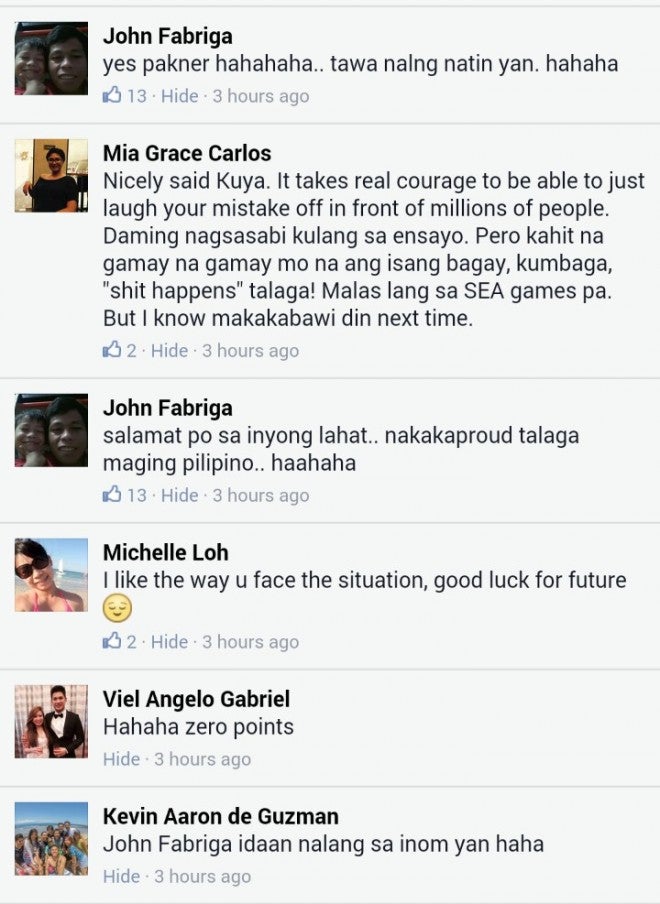 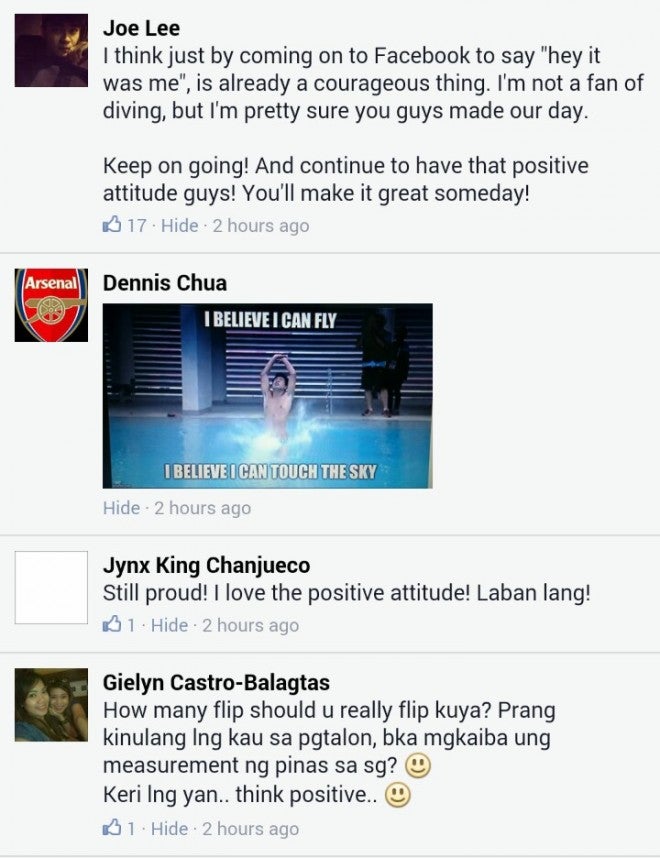 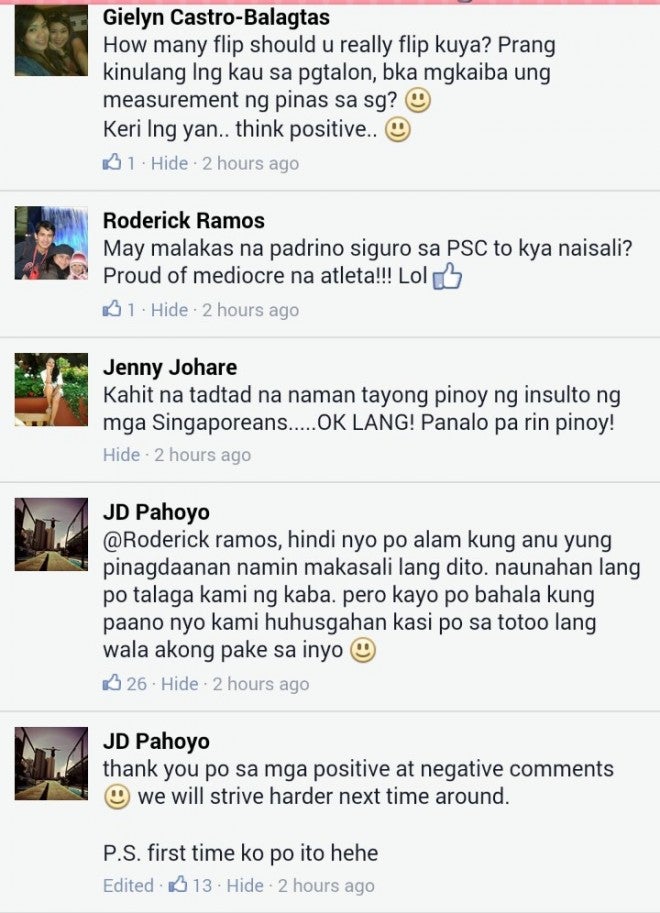 JD also posted a video of their synchronized dives with this message: “Yey! I’m so proud of us pakner John Fabriga, we really did our best despite of we just practiced this synchro dives for just 4 days, even though we failed to win, but atleast we did overcame what we once knew was out limit, and that makes us a champion <3 Thanks coach Brian Palattao for your endless support and immeasurable love to us from the preparation until the end of this competition, and special thanks to the people who’s doing their best to make this experience possible, I owe you all of this :)”