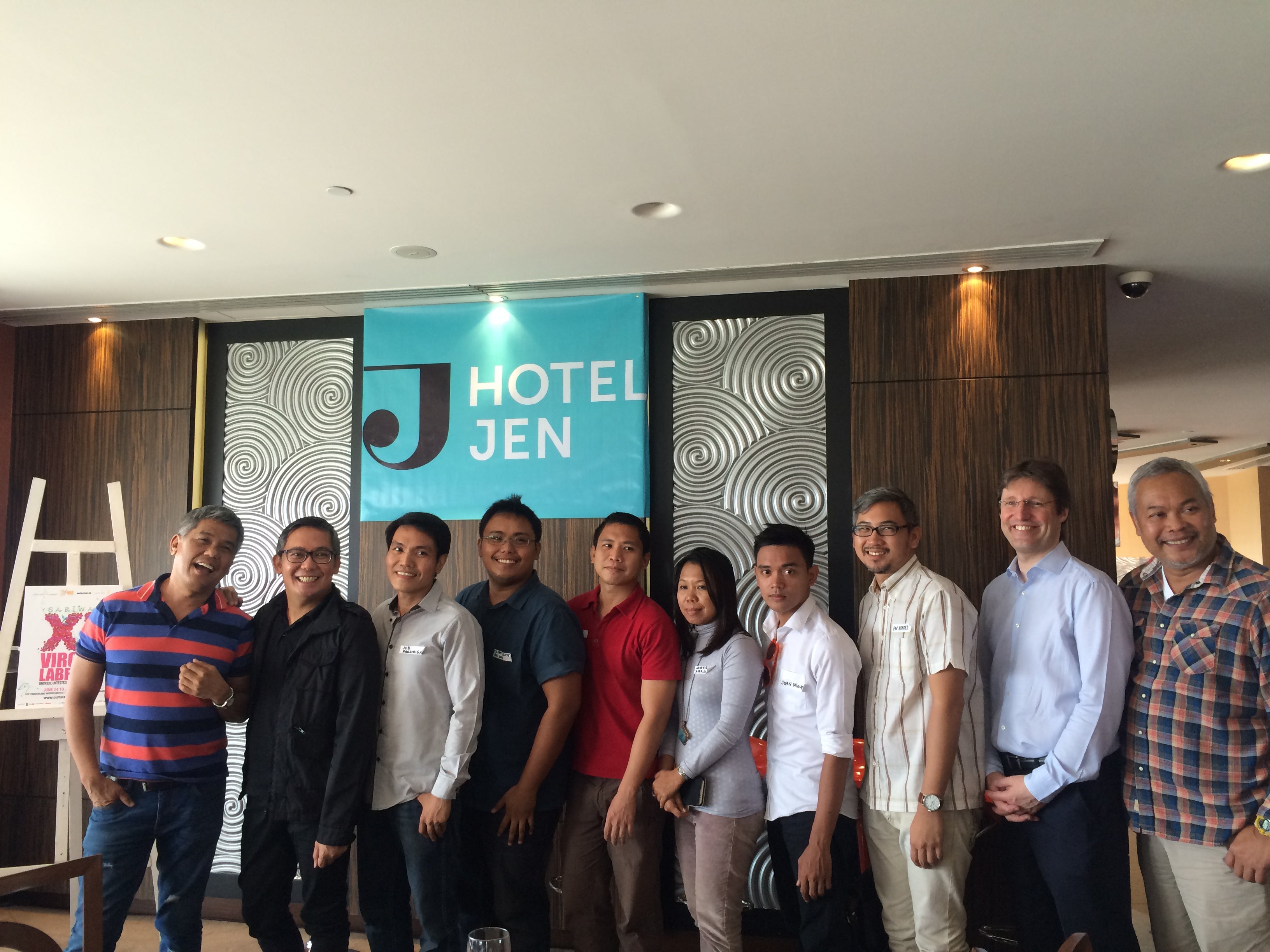 The Virgin Labfest (VL), now on its 11th year, is all about staging untried and untested plays. Tuxqs Rutaquio has been onboard nearly from the beginning—first as one of the festival’s go-to directors, and, since four years ago, its new dramaturg and artistic director.

He says he has seen it all: from the creative conflicts inherent in the process, to, sadly, even an actor’s death on stage.

Perhaps it’s this longevity that keeps him composed as he prepares to launch Labfest, which runs June 24-July 6 at Tanghalang Huseng Batute and Bulwagang Amado Hernandez at the Cultural Center of the Philippines.

He takes the job seriously, but calmly. Since May, he has been at the CCP daily from 10 a.m. till evening to oversee rehearsals. This year is the first time the Labfest will see a three-week run, instead of the usual two.

“I was given so many challenges before. So now, maski mercury retrograde, sige lang! Because if I’m stressed, I’ll stress out the directors, and they will stress out the actors,” he says. “I enjoy this, and I know the participants don’t get paid much for the shows. They’re doing it for love, so I make sure I’m there for them.”

“One time, Rody told me he’s really tired from organizing the festival, and I told him, ‘I like your job.’ Right at that moment, he put an imaginary crown on my head and said, ‘O ikaw na!’” he recalls, laughing.

It was an informal appointment, but Rutaquio accepted it. He resigned from his teaching job at Miriam College, where he taught theater for 14 years, and focused on being artistic director of the Labfest, as well as associate artistic director of Tanghalang Pilipino, CCP’s resident theater company.

One of his main tasks is to look for “virgins,” or unknown playwrights. Over the summer, he and Vera went through 156 entries to come up with the Labfest lineup. Some entries are from playwrights they are familiar with, and others from complete newbies.

Rutaquio acts, directs and designs, but admits he never writes. He has a master’s degree in Theater, major in Technical Design, from the University of the Philippines, where he was resident production designer of Dulaang UP. As a student, he took up acting with veteran director Tony Mabesa. He has also worked with Atlantis Productions, Repertory Philippines and other theater companies.

He has an eye for material, knowing as if instinctively if it would translate well onstage. He says local playwrights are getting better: “They have a sense of truth. It’s very personal, and it’s so real. There’s honesty and sincerity in the work. Topics are very diverse.”

As usual, the Labfest will have five sets composed of three plays each. These are a mix of drama, comedy, rom-com, even sci-fi, plus one musical—“Macho Dancer” written by Nicolas Pichay.

One set, called “Revisited,” features three Labfest favorites from the previous year, while “Staged Readings” showcases readings of plays still in gestation or otherwise don’t fit the main format. “Fragments,” meanwhile—to be performed this year by Tanghalang Ateneo—features pop-up performances in the lobby and other corners of CCP.

Some VL plays have gone beyond their Labfest beginnings. “Imbisibol,” by Herlyn Alegre, was adapted to an award-winning film starring JM de Guzman, Bernardo Bernardo, Allen Dizon and Ces Quesada, while “Kung Paano Ako Naging Leading Lady,” by comic-book writer and illustrator Carlo Vergara, has been expanded into a blockbuster musical, with Rutaquio designing the set and costumes.

His association with Vergara goes back farther. Vergara wrote the book “Ang Kagila-gilalas na Pakikipagsapalaran ni Zsazsa Zaturnnah,” which won a National Book Award in 2003, but he was hesitant to turn it into a play. Upon Rutaquio’s encouragement, he adapted the book to a musical. Rutaquio himself was cast as Ada, the gay parlorista who transforms into superhero Zsazsa, played by Eula Valdez.

Aside from drawing the lineup, Rutaquio must choose the right directors to stage them.

“After choosing the plays, I match the playwrights with the directors—and make sure they don’t fight!” he says.

“The writers work with directors from theater, TV and film. They can precast actors or we have auditions.”

The festival has never had big rules—except that a show should be a one-act play of 45 minutes.

“There’s hardly censorship, but they must explain to me why daring scenes are necessary. It would be like defending a thesis,” he says.

It also has a Writing Fellowship Program that Glenn Sevilla Mas heads, and Rutaquio dreams that, eventually, there will be a dedicated school for aspiring playwrights all year, plus more sponsors and more theatergoers to patronize new work.

“I want the audience to ask questions when they leave the theater. For me, a play is successful if it provokes thought,” he says.