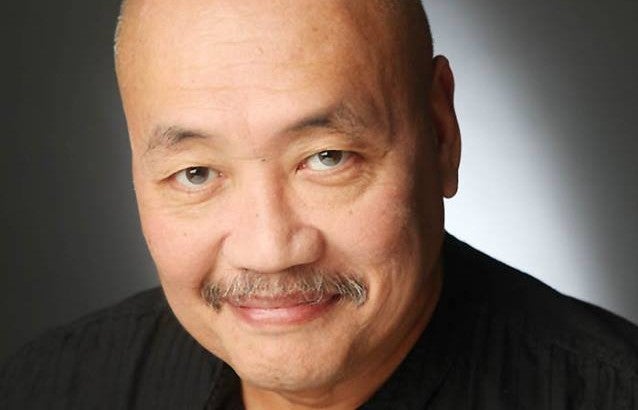 Junix Inocian, widely regarded as one of the country’s best thespians with acclaimed performances on the Philippine and London stages, including a two-year stint as “The Engineer” in the original run of “Miss Saigon” on the West End, passed away in the United Kingdom at the age of 64. The suspected cause is cardiac arrest.

Inocian’s death was discovered when his agent couldn’t reach him for a day and a half. The agent called Inocian’s son Yñaqui, who is taking up drama studies at University College Falmouth in Cornwall, England.

Yñaqui contacted a neighbor and friend to check on Inocian; his body was found in his flat lifeless, apparently of heart attack. Official autopsy results will not be out until weeks from now.

Luna Griño-Inocian, the actor’s widow and the mother of his children, posted the news on her Facebook page at around 11 p.m. on Saturday. “The world is a darker, sadder place with the passing of yet another theater light—the father of my children, beloved ex, dear friend—Junix! Goodnight, sweet prince!”

In 1989, Inocian was among the original batch of Filipino actors to be whisked to London after extensive Manila auditions to perform in the Cameron Mackintosh smash musical “Miss Saigon,” with Lea Salonga and Monique Wilson originating the lead part of the Vietnamese heroine Kim.

Starting as a member of the chorus, he eventually worked his way up to the part of The Engineer, first played by Jonathan Pryce, and performed the role from 1992 to 1994.

After his “Miss Saigon” stint, Inocian settled in London, where he appeared in a number of other notable productions.

In an interview with this paper in 2012 when he made a comeback to the Philippine stage in Repertory Philippines’ production of “Jekyll and Hyde,” he said: “I’ve been in London 23 years now. After ‘Miss Saigon,’ I did other musicals: ‘Cats’ [as Old Deuteronomy], ‘Just So,’ ‘Pacific Overtures’ … . I did plays, films and television.”

One of Inocian’s last film appearances was in the Johnny Depp starrer “Mortdecai,” released in January this year.

Before he became part of “Miss Saigon,” he had already established a reputation in the Philippines as a formidable triple-threat actor.

After joining Rep in 1978, he would appear in at least 60 productions with the company, among them leading parts in “Man of La Mancha,” “The Pirates of Penzance,” “Little Shop of Horrors,” “Sweeney Todd,” “A Funny Thing Happened on the Way to the Forum” and “Fiddler on the Roof.”

Inocian also made a name for himself in Philippine television as Kuya Mario in the iconic children’s show “Batibot.”

Born Rufino Duran Inocian Jr. in Iligan City, on March 17, 1951, he graduated with a degree in theater arts from Silliman University in Dumaguete City. He also received a degree in acting from the University of Michigan in 1978.

His role in Rep’s “Jekyll and Hyde” was a supporting part, as Gabriel John Utterson, Jekyll’s lawyer and friend. But Inocian said he grabbed at the opportunity to return to Manila and his roots.

“I’d been wanting to go to the Philippines to see my kids and finally meet my grandchildren. I always hope for a chance to work with Repertory Philippines again,” he said.

Lea Salonga would note in her column in this paper: “Junix Inocian in his comeback appearance as Gabriel John Utterson, exudes regal poise and carriage. He cuts a dashing figure in those period costumes, at ease from years of wearing a variety of them on the London stage.”

By the time Inocian came back, the Manila theater scene had considerably expanded, and he was happy to note the development.

“At the time, having an audience occupying half of the theater was considered a full house!” he said of his early Rep years.

“To see the company grow from there to the present where houses are filled to capacity, where audiences are clamoring for tickets and demanding for extensions of performances, makes me absolutely proud of being part of its history, of being part of its tradition of excellence. To be part of a Rep production again—it feels like coming home.”

Inocian is survived by his first wife Luna and three children by her—June Rose (JR), Jon Christian (JC) and Jon Michael (Jamie)—and Yñaqui, his son by his second wife Annie, who passed away of cancer a few years ago; as well as three grandchildren—Joaquin Matthias, 8; Lucein Marcus, 7; and Elianna Julienne, 4. He has no living parents or siblings.

The family says his body will be cremated and interred with his wife Annie in London. A memorial service in Manila will be announced soon.–With a report from Cora Llamas