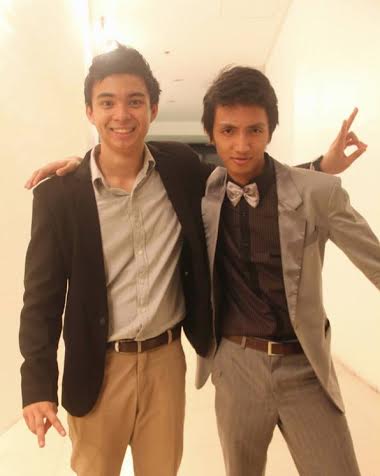 CINEMALAYA Foundation recently announced the finalists for the 2015 short-film competition. They are:

These films will be screened at the Cultural Center of the Philippines and other venues on Aug. 7-15.

Lifestyle Inquirer asked four of the finalists about their current reading.

I have just finished “Love, Rosie” by Cecelia Ahern. The author uses the conversations of characters Rosie and Alex through e-mails and instant messages. It is quite unique, and it puts you in a vantage point where you closely follow each character. It also makes you feel like you are part of their lives. The comedy and drama are perfectly timed that I couldn’t stop reading.

The next book that I’d probably read is “Timeline” by Michael Crichton. I’ve been a big fan of sci-fi since I was a kid, even though I hardly pull it off in the films that I want to do. Science fiction brings to life the infinite possibilities of reality and evokes surrealism, which is something that I want to experiment on.

I’ve just read “Ocean at the End of the Lane” by Neil Gaiman. It feels familiar because it is about how an adult character revisits his childhood and how he sorts out true events from made-up stories.

I really like Gaiman. My favorite book is his “Sandman.” I guess most books that interest me are those that are out-of-this-world tales and coming-of-age stories.

The last book that I read was “The Chosen,” by Chaim Potok. It follows the friendship of an Orthodox Jew and a brilliant Hasid. The story examines the tensions that arise as cultures collide in modern American society.

I love reading old books and those who are not on the current list. It gives me a sense of intimacy with the book and its story; it is like knowing a secret, and keeping it makes me excited. I don’t really follow a certain author, but I love Haruki Murakami. I think he is one of those writers who write simply yet effectively. He is a genius.

I’m in the last pages of Jandy Nelson’s “I’ll Give You the Sun.” It is very exhilarating and intense. The book is a “he-said, she-said” narrative of twins Noah and Jude in their early teenage years.

The book is like a burst of colors that works as an attempt to define each and every emotion we’ve gone through growing up. It brings us back to those holy—even uncomfortable—spaces that we might have already forgotten, lost underneath all the troubles and worries that come with adulthood.

It is actually why I’ve always been a fan of brilliant and special young adult novels. It is because they always refresh the memory of a heartbreak buried deep alongside trivial but necessary pains.