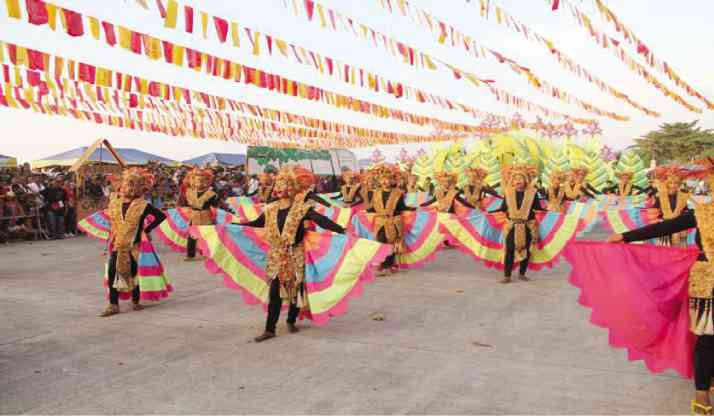 The coconut, or lubi, lives up to its name as “the tree of life,” as dramatically demonstrated in the lubi-lubi festivals held in Gingoog City, Misamis Oriental, during the month of May.

As in past festivals, last month’s edition showed the multiple uses of the coconut in the costumes worn by participants from clusters from 79 barangays. Local designers used coconut midribs, broomsticks, shells,  husks, trunks and roots for headgear, masks, body apparel and adornment.

The seventh lubi-lubi festival was actually one of three major activities in a fiesta held to honor Sta. Rita de Cascia on the 21st of May.  Other events Gingoognons looked forward to were “Stairway to the Stars,” a dance-and-song contest (the 11th this year), and the Bayorotorera/Layag Display and Sea-Reyna contest (the 10th this year).

Another event that lends music and color to the otherwise relatively quiet city (population 100,000)  is the coming 52nd Charter Day celebration on July 23.

At the coconut grand showdown held at the “pahayahay sa pantalan” (restful place by the pier), the winning teams were congratulated by Mayor Marie de Lara Guingona. She praised her townmates for doing their best as singers and dancers. Echoing the mayor’s appreciation was surprise guest Manila Vice Mayor Isko Moreno.

It took months for the barangay heads and couturiers to imagine and sew up costumes that glamorized the coconut tree. Why the coconut tree?   Gingoog’s main agriculture product is coconut copra.

The festivals are not only Gingoog’s assets that draw balikbayan and tourists from other places. Tourism Council chair Potenciano de los Reyes Jr. said there are numerous resorts with breathtaking waterfalls and rivers, and first-time visitors always express the desire to return with their families and friends.