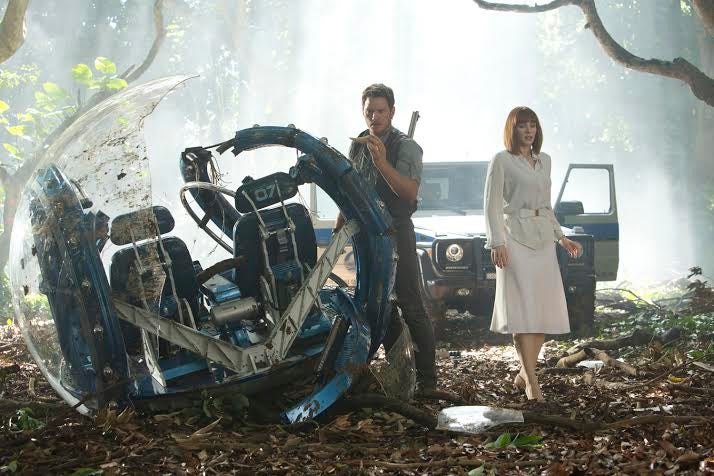 THE ESCAPE of the dinosaur "Indominus rex" turns the theme park Jurassic World upside down.

‘Jurassic World’: Novelist Crichton’s scary vision takes on a life of its own

AUTHOR Michael Crichton’s massive tale of bringing dinosaurs back to life became a worldwide phenomenon, and it paved the way for three blockbuster films. After 25 years of his first book “Jurassic Park’s” publication, another movie based on his creation will be hitting the big screen.

The fourth instalment of the “Jurassic” films, titled “Jurassic World,” will open in Philippine theaters on June 10.

Crichton’s book, published in 1990, was adapted into a worldwide hit film of the same title and was directed by three-time Oscar winner Steven Spielberg.

The success of “Jurassic Park” gave rise to another book and movie, “The Lost World: Jurassic Park.” Crichton penned the book while Spielberg directed the second installment.

Even though Crichton did not release a third book, another movie titled “Jurassic Park III” was made. It was directed by Joe Johnston.

Like the third film, “Jurassic World” is not adapted from a book. However, the filmmakers said that everything is still based on the characters made by Crichton, and the film is a realization of the author’s dream.

“We wanted to have a truly working theme park that is devoted to this miracle of creating dinosaurs from DNA,” Spielberg said. “This is the realization of Crichton’s dream, which then transferred to John Hammond’s dream. ”

In the earlier “Jurassic” films, Hammond is the founder of International Genetics Inc. His company aims to clone extinct animals and bring them together in a theme park named Jurassic Park.

“I felt that what the audience wants is to take this brilliant core concept and see where else we can go with it,” said Trevorrow, who is also one of the screenwriters of the film.

Dr. Henry Wu (B.D. Wong), a geneticist who once worked for Hammond, made the dream a reality. The park is called Jurassic World and is located in an island off the coast of Costa Rica.

Jurassic World faces its biggest challenge when Indominus rex, a dinosaur whose abilities are still uncalculated by experts, escapes and threatens the whole park, including other dinosaurs and human beings.