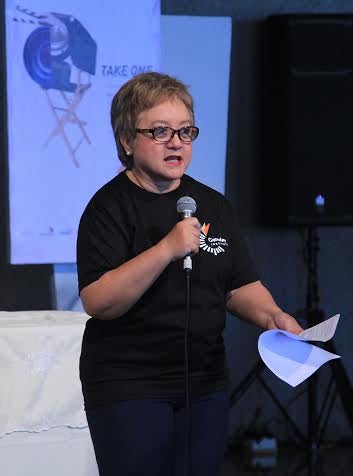 AFTER 10 years of spearheading the rise of Philippine independent cinema, Cinemalaya Foundation has opened the Cinemalaya Institute, which will provide education, training and accreditation for filmmakers.

The new school formally opened on June 1 with a four-week course, Introduction to Producing. Fundamentals of Screenwriting started June 9, and Basic Filmmaking: The Silent Film will begin on June 22.

The three programs are being offered because they represent the three key weaknesses of Philippine filmmaking, as diagnosed from experience thus far of the 10-year festival.

“We decided to focus on the three basic weaknesses that filmmakers are susceptible to, like production, director’s training and basic scriptwriting,” said Cinemalaya Foundation chair Antonio “Tony Boy” Cojuangco.

The faculty is headed by Carlitos Siguion-Reyna, who is also the institute’s director.

For its 11th year, the Cinemalaya festival will not have a feature-film contest; it will hold only the short-film competition. This was announced in a recent press conference by Laurice Guillen, president of Cinemalaya Foundation.

Although the feature-film finalists for next year will be announced in August, there will be only one general feature-film division, no more separate divisions for tyros (New Breed) and veterans (Directors Showcase).

“[This year,] the selection is not based on the director but rather on the material submitted,” Guillen explained.

Guillen pointed out that Cinemalaya remained committed to helping young and new Filipino filmmakers. This was why the Cinemalaya Institute was put up.

“We took the most logical and modest step [in terms of our commitment to new filmmakers] by putting up this film institute—the Cinemalaya Film Institute— which will cover the fundamentals of filmmaking,” the veteran film director said.

The aim of the institute is to inspire Asian filmmakers by showcasing the Philippines as a cinematic center of creativity and free artistic expression, and to professionalize film practice in the region.

Guillen said there were plans to offer courses on cinematography, music and editing.

Classes of the Cinemalaya Institute are being held at the School of Design and Arts of De La Salle-College of St. Benilde.

The 2015 Cinemalaya festival will run Aug. 7-15 at the Cultural Center of the Philippines and other venues.