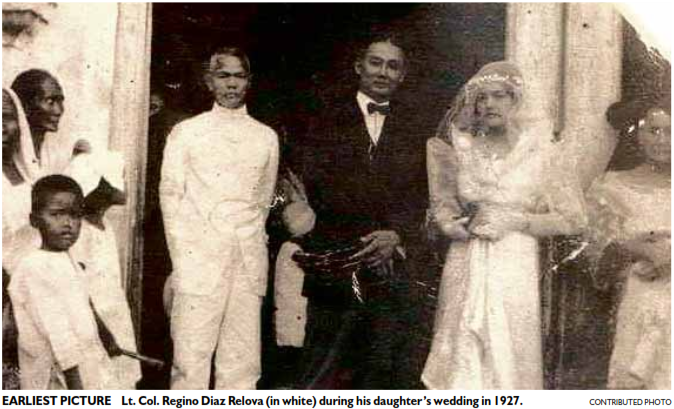 In search of the unknown, unheralded Katipunero 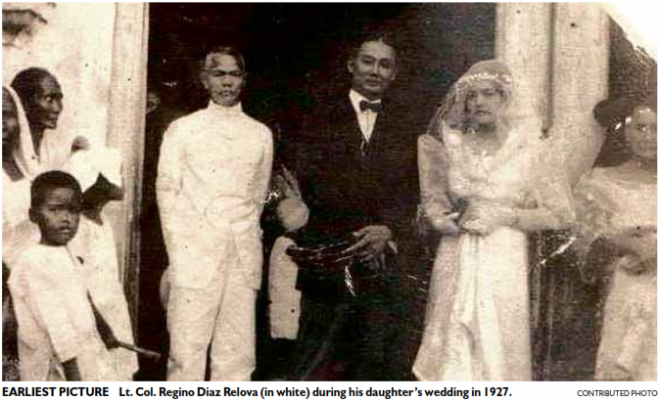 He died in 1961, about 12 years before I was born, so it probably makes no sense, except for filial piety, to remember a dead ancestor when today’s norms dictate that one look to what’s new or to what most people think of as relevant.

My great grandfather, Regino Diaz Relova, served in the Katipunan (Kataas-taasang Kagalang-galangang Katipunan ng Mga Anak ng Bayan or KKK) as one of the revolutionary group’s high-ranking officers in the province of Laguna during the Philippine-American War, or what the American colonialists call the Philippine Insurrection.

His descendants barely know this. For those who were too young to have known him when he was still living, Lolo Ino was what the elders said he was: a strong yet gentle man, a loving husband and a man of his word. And yes, he was also the bald-headed man whose image is featured on T-shirts during family reunions.

But a Katipunero who fought for the country? Not really.

But there’s no doubt that Lolo Ino was a Katipunero. Being recognized as such is another thing.

A National Historical Commission of the Philippines (NHCP) historical marker at his house in Pila would have been an exciting prospect. But a friend at the NCHP told me that national markers were only for those individuals with national stature and whose acts were of national significance, not for local heroes like Lolo Ino.

Despite his insignificance in the general context of the Philippine-American War, Pila’s municipal council passed a resolution last May 4 that finally honored Lolo Ino as a hero and as someone the youth should look up to. Also, on Pila Day come July 29, the town plans to put up a monument at the Veterans Park just across Lolo Ino’s tomb at the public cemetery. Talk about timing, the date is just three days before his 141st birthday on Aug. 2.

It’s hard to imagine him as a 26-year-old in the year 1900 who had just married one of the town beauties of Pila and who, either because of foolhardiness or an adventuresome spirit, decided for the meantime to leave his young wife with a firstborn on the way for a dangerous life as the chief of one of the Katipunan military commands under Gen. Juan Cailles.

The picture of a doting ancestor is fairly complete, but the image of Lolo Ino as a Katipunero came in bits and pieces.

One story that trickled down to my generation had to do with his imprisonment in November 1896. Lolo Ino, his father and then Capitan Municipal Don Feliciano, Don Luis Rivera and other officials of Pila were tagged as insurrectos (insurgents). Their arms were tied to a piece of bamboo behind their backs so that they could neither sit nor stand.

The town’s historian, Dr. Benjamin Ruiz, wrote in 1973 that Lolo Ino and his companions were only released after nine days by Lt. Dagoberto del Rio, a young Spanish officer who often participated in dances in Pila and even courted a young woman there. Lolo Ino’s group were the lucky ones. The mayor of Luisiana and his secretary, who had vouched for my great-grandfather’s group, were eventually arrested as traitors and executed by firing squad.

After his imprisonment in 1896, Lolo Ino seemed to have gone into a brief hiatus. The next time we hear him mentioned is in the military journal of a Spanish soldier whom Lolo Ino had once approached in December 1897 to allow the town dances to extend until midnight. That Spanish soldier, Telesforo Perez Carrasco, who wrote the military journal “A Spaniard in Aguinaldo’s Army” defected to the Philippine side in 1898, perhaps partly because of the influence of Lolo Ino, whom the Spaniard considered such a good friend that he devoted a whole chapter about him and the town of Pila in his military journal.

In the Philippine-American War, Lolo Ino’s name as a leader of Laguna’s military columns under Cailles is mentioned in two books: one by Louis Gleeck, “Coconuts and the Revolucionarios,” and in Dwight David Diestro and Rhina Boncocan’s “Nineteenth Century Conditions and the Revolution in Laguna,” but nothing more.

An uncle related to me an anecdote about Lolo Ino during the Philippine-American War, how he had ordered his men to release water from a small dam that overwhelmed enemy soldiers who were walking on the dry riverbed near the two bridges in Banca-Banca in old Pila (present-day Victoria).

For a nonhistorian, these leads were not enough. It was time to dig into Lolo Ino’s Katipunan past. Pila being a heritage town that was bestowed the National Historical Landmark status in 2002, it was worth finding out if Pila’s revolutionary involvement was as pronounced as Taal, which had higher-profile revolutionary figures like the Agoncillos, Gen. Ananias Diokno and Doña Gliceria Villavicencio.

After what seemed a fruitless search in different libraries for close to three months, the first big break came. Most of the documents that the Americans seized from General Cailles’ camp in April 26, 1901, were the letters-orders that he wrote to subordinates from August 1900 to April 1901. These are now part of the Philippine Insurgent Records at the National Library.

Imagine my excitement on seeing Lolo Ino’s name for the first time in the records while browsing through the microfilm copies at the National Library. Here was finally solid, irrefutable proof of my great grandfather’s Katipunan involvement.

The first entry dated Aug. 24, 1900 was about Relova’s concerns, addressed to Cailles, about the jurisdiction of the different columns in Laguna. Another dated Sept. 20, 1900, stated what seemed to be Cailles’ refusal to give Relova a leave of absence. (My guess is that Lolo Ino might have been concerned about his wife, Teodula Oca Bartolome Relova; they were married on Feb. 26, 1900 and it’s possible they already had a child on the way at the time.)

In this particular letter, Cailles gave what could be the best compliment to any officer under his command. Cailles said Relova “is one of the strong arms in defending sacred interests, a worthy patriot and citizen animated by love of country, incapable of abandoning its people to desolation and misfortune.” In another letter dated Sept. 27, Cailles praised Relova for his courage and military skill.

There were more than 20 communications addressed to Relova or mentioning him directly. This was in addition to the general orders addressed to all heads of columns (Relova led the column that covered Los Baños, Calauan, Bay and Pila).

The Cailles papers afforded a peek into Lolo Ino’s life as a Katipunan officer but also a picture of the war waged against the Americans in Laguna. Cailles’ command was involved in ambuscades, sabotage and other activities that might not have been grand in the overall context of that war but still possibly delayed the pacification of Laguna by the Americans.

The Cailles files included Lolo Ino’s surrender to the Americans in April 1901 but did not mention why. It’s possible the surrender may have been caused by the demoralization of the Katipunero ranks following Gen. Emilio Aguinaldo’s capture in Palanan, Isabela, in March 1901.

Family oral history has it that Lolo Ino was forced to surrender when his wife, Teodula, and son, Delfin, were arrested and possibly threatened with harm if he remained active in the revolutionary army.

Sadly, the Huggins report is missing or may have been misplaced.

It will be interesting to see the actual correspondence written in Spanish by Lolo Ino, but the introductory note to the Cailles papers says the letter-books of other insurgent leaders in Laguna “might not have been well kept or were not captured.” Most of the Cailles letters to Lolo Ino were in condensed form and fresh English translations will hopefully uncover details that might have been left out.

This search has yet to be completed but there is a something I am certain about. Lolo Ino will always be a hero to his family, his town, and to people who fully understand the sacrifice of laying one’s life on the line for the country. As the late tennis great Arthur Ashe once said: “True heroism is remarkably sober, very undramatic. It is not the urge to surpass all others, at whatever the cost, but the urge to serve, at whatever the cost.”

Editor’s Note: The author is a former sportswriter who now works as a media relations officer for San Miguel Corp.