Mabini as a ‘binibini’? It’s not what you might think | Inquirer Lifestyle 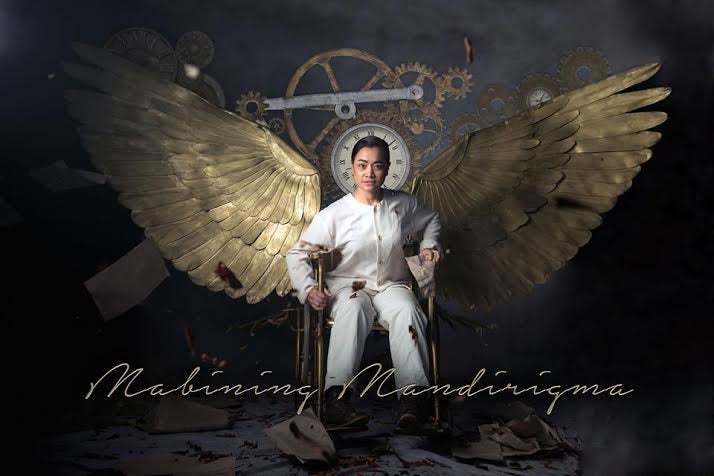 Mabini as a ‘binibini’? It’s not what you might think

There’s a new musical play about Apolinario Mabini—a Tanghalang Pilipino production to be directed by Chris Millado. The libretto is by Nicanor G. Tiongson, with music by Jed Balsamo.

And the actor playing Mabini is a woman—Delphine Buencamino. The Sublime Paralytic as a kind of “woman warrior” perhaps?

Definitely not, says the director.

“I am not casting Mabini as a woman,” Millado points out. “I’ve cast a female actor to play Mabini—there’s a difference. Besides, going for non-traditional acting (men playing female roles and vice versa) is not new, especially in Asian theater. The casting design throws into sharp focus how Mabini the visionary was ‘othered’ and stood out from those who merely took advantage of the fledgling republic.”

“Mabining Mandirigma” goes on stage at the Tanghalang Aurelio V. Tolentino (Little Theater) of the Cultural Center of the Philippines during weekends from July 3 to 19. Operatic tenor Arman Ferrer plays Emilio Aguinaldo, the foil to Mabini, while Carol Bello is Dionisia (and Madre de Dios and Filipinas); Marco Viaña takes on the role of Hermano Pule.

The play starts from June 12, 1898, when Mabini arrived in Kawit, Cavite, and first became principal adviser to  Aguinaldo, and proceeds to the Malolos Congress and the Republic, Mabini’s resignation from the Cabinet, his brief career as journalist-propaganda writer for the revolution, his incarceration in Intramuros, his exile to Guam, his return to Manila and finally his death.

There are also flashbacks to the hero’s early years in Tanauan, Batangas, and in the capital.

In fleshing out the play, especially the character of Mabini, there was a lot of coordinating among playwright, director and composer. Tiongson wrote three drafts, then Millado asked him to edit, combine or eliminate scenes, introduce certain characters and remove others.

“I fully believe the playwright’s task does not end when he submits his script,” says Tiongson. “Every play, especially a new one, will always be a work in progress even after it opens on stage.”

There was also much collaboration with Balsamo, especially in adjusting, editing or adding lyrics, and restructuring scenes to make them more musically dramatic. Tiongson provided the composer with actual songs from the period, like two soldiers’ songs which were popular during the Philippine-American War (1899-1902), along with a new set of lyrics for “Jocelynang Baliwag, a Katipunan battle cry,” recorded by historian Teodoro Agoncillo in one of his books, and Mark Twain’s version of the “The Battle Hymn of the Republic.”

Incidentally, the characters of Twain and other anti-imperialist Americans get to appear and sing in the play.

“I asked Jed to give us songs with recognizable and memorable melodies (his lullaby is beautiful), and music that is at once expressive of period and character,” Tiongson says. “His music is full of allusions to the music of the period but effectively relates to young contemporary audiences.”

The dramatized message of the play, from the point of view of the playwright, is that the hero first showed us how to be a nation, how to go beyond tribal, sectoral, class, religious and racial concerns, and think and act as Filipinos.

“In the second phase of the revolution, he was the one person who had a clear vision of where the revolution should go,” says Tiongson.

“The problems Mabini encountered, such as feudal thinking, private armies, corrupt government men, are exactly the same as ours today. But he is proof that the Filipino can preserve his integrity amid all these if his love for country is true and uncompromising. The play actually alludes to individuals in our day whose integrity is as exemplary as that of Mabini more than 50 years ago.”