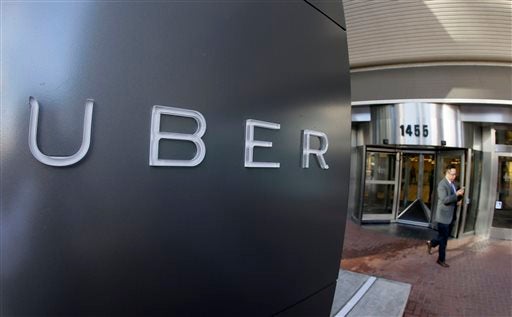 Uber Technologies says it is banning firearms of any kind during rides arranged through the Uber platform, and drivers or riders who violate the rule may lose access to the platform. The rules also apply to Uber’s affiliates.

The company said Friday it changed its firearms policy on June 10 to make sure riders and drivers feel comfortable. In a statement, Uber said it made the change after reviewing feedback from both passengers and Uber drivers. Previously it had deferred to local law on the issue.

San Francisco-based Uber lets passengers summon cars through an app in more than 250 cities worldwide, and the privately held company is valued at around $40 billion. However it’s faced legal and regulatory challenges as it expands in the United States and abroad. It has also been criticized over the thoroughness of the background checks it does on drivers and other safety issues.

In April, an Uber driver with a concealed-carry permit shot a 22-year-old man who had opened fire on a group of pedestrians in Chicago. Court records say the man was shooting at pedestrians who were walking in front of the Uber driver’s vehicle, and the driver shot the gunman. The driver wasn’t charged, as prosecutors said he acted in defense of himself and others.

Competitor Lyft also has a “no weapons” policy. According to Lyft’s website, if a driver or rider is found to have a weapon in a Lyft vehicle they’ll be barred from the platform regardless of local laws on weapons possession.