A day to dote on dads, for once | Lifestyle.INQ ❮ ❯ 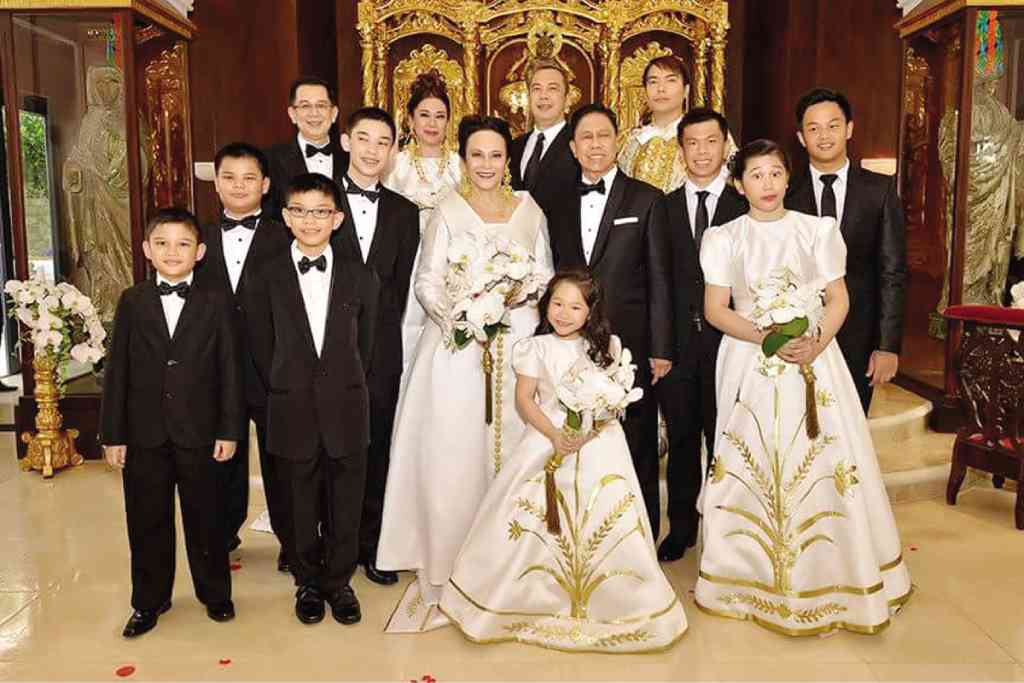 A day to dote on dads, for once

Happy Father’s Day to all dads out there!

There are no schools on how to be a good father, but somehow, those with the best intentions and are blessed to be dads become the most wonderful parent to their children.

My hubby Dennis has been a wonderful dad, keeping up with all his fatherly duties, including taking our pre-college daughter on campus tours, planning weekend activities for the kids and organizing our family vacations. Cheers to his dad, Jess Valdes who raised him well.

Being a father can be quite demanding, what with everyone’s work schedule, but kids truly appreciate all the love and support given them.

There are different kinds of dads with individual parenting skills. My father, Alex Prieto, is quite the unconventional dad who believes in nurturing kids outside of the academic spectrum. I remember, as we were growing up, he would compare life to a game of golf—there are good days and bad days, but the important thing is to enjoy the course, and appreciate even the gift of being able to play a round of golf.

He would always tell us that practice is everything. We have fond memories of playing in Manila Golf with Poplex when we were growing up. Even my younger brother, Dr. Andrew Prieto, who has moved back to the Philippines, regularly plays a round of golf with Dennis so they both would be better golfers.

There are dads who enjoy celebrating their milestone affairs with the grandest celebrations, but always making the family part of the program. When Louie Ablaza, Honorary Consul to Zambia, celebrated his 75th birthday two years ago, his family paid tribute to him with a grand diamond birthday party typical of Ablaza extravaganza events.

Last weekend, Louie and Millie Ablaza celebrated another special occasion of love and family. Their golden wedding anniversary was beautifully held at Amelia, the vast hacienda of the family in Alfonso, Cavite. Taking seven years to build, Amelia was completed in time for the golden anniversary as Louie’s gift of love to his lovely wife Mellie.

Four hundred fifty guests made it to the final list. Each gilt baroque picture frame had wedding details and a map to Amelia. The invitation stated that, in lieu of gifts, donations to the following institutions were welcome: Ina ng Laging Saklolo Parish in Tagaytay City,  Archdiocese of Manila Office of Exorcism or Alagad ni Maria.

After the renewal of vows, guests were ushered to the Dining Hall decorated by the couple’s second son, Jun Jun Ablaza. Tables were draped with custom-made jewel tones and gold

Mellie and Czarina’s gowns were designed by Cary Santiago. One of the most eye-catching details in Mellie’s attire was her pièce de résistance Bulgari diamond and gray gold Serpenti necklace. Czarina wore a crown of cameos and diamonds set in gold designed by Ablaze Artcessories.

Marc Ablaza, the eldest of the Ablaza siblings, welcomed everyone to the pavilion and offered a toast to his parents’ lasting love, and to the many more anniversaries ahead.

The grandchildren of the couple each shared their musical talents, from little Azia, Alfonso, Agu and Amanu Syquia’s violin performances to Xavier and Santiago Ablaza’s solo piano performances.

George Yang sang love songs and Dr. Raul Sunico played the piano brilliantly. The musicians at the pavilion were from the Metro Manila Concert Orchestra.

The main highlight was a French Quadrille and Waltz with friends of the couple and members of the diplomatic corps. In the background was a 12-foot wedding cake by Cake Concepts, and a Möet and Chandon champagne tower.

Another very hard-working dad is Anton Huang. He seems to be present in all these numerous store launches, but he still manages to be a great dad to his two pretty daughters.

I bumped into Anton at the Longchamp opening a month ago. Longchamp opened its first stand-alone boutique in the Philippines through Stores Specialists, Inc., a member of SSI Group, Inc., the leading specialty retailer in the country. Distributed by Rustan’s for more than two decades now, Longchamp has finally opened a store in Manila, at Greenbelt, featuring the latest Longchamp handbags and accessories collection.

The occasion was also marked by a celebratory toast given by Longchamp’s general manager for Asia-Pacific,
Francois-Xavier Severin, and Anton as president of SSI Group, Inc.

Highlighted during the grand launch of the store was a fashion show that presented Longchamp’s Spring Summer 2015 Collection.

Manolet Dario and Todd English Manila’s Eric Dee were seen at the formal launch of the American beer here in the country.

In addition to very successful events at M Café and 71 Gramercy, Miller will be introducing its branded club night—“Turn Up The Night,” in three of Manila’s top clubs as part of the launch. These are Chaos, Hyve and Black Market, so catch these events coming soon.

Dad will also be treated to a cigar and scotch, compliments of the hotel.