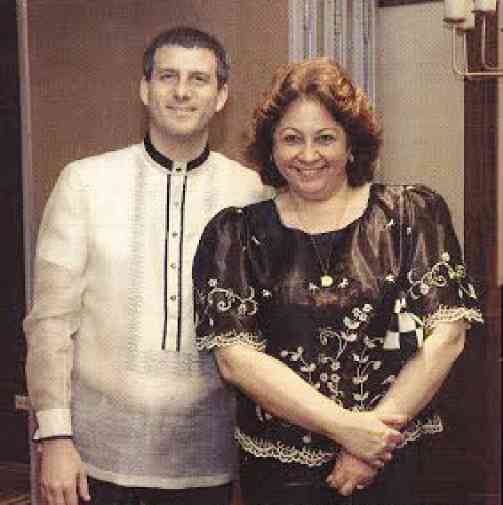 As it does every year when the anniversary of the proclamation of Philippine Independence comes around, Marco Polo Plaza Hotel held a food festival on Filipino cuisine at its Café Marco outlet for lunch and dinner.

There was an opening night with its usual fanfare, presided by general manager Julie Najar who wore a beautiful Filipiniana outfit. She congratulated Jessica Avila, The Marco Polo’s consultant on Filipino gastronomy, for coming up with a comprehensive menu.

Guests milled around the lobby, which had been set up like a heritage garden of ferns and flowers, to sip sweet buko juice served on polished bamboo tumblers made just for the occasion.

Members of the Cebu Theater Dance Company presented a tableau on how the first Philippine flag was sewn, and gave a series of performances depicting Philippine history during the 1890s. They also presented folk dances recalling the Spanish era.

The action moved to the third floor where a function room had been set up for a buffet dinner, with tables draped in while linen, abloom with white roses, and lit by candles on silver candelabra.

“The idea is to serve the favorite foods of our national heroes,” said Jessica, who added that they are not found in history books. Research, investigation and conjecture helped.

“Jose Rizal loved tinolang manok,” she said, and there it was on the buffet, with chunks of native chicken and flavored just right with a dash of spice.

“Andres Bonifacio is said to have been on the run with enough tinapa (stewed fish) and roasted chicken wrapped in banana bark,” she shared, and that was on the buffet, too.

The dessert table evoked Gregorio del Pilar who loved the “kakanin” he sold as a young boy, and which he relished. Later, there was ice cream flavored with sampaguita to conclude the repast.

Jessica thanked Julie for choosing the theme this year and the challenge it involved. She extended her appreciation to those who had helped bring it about: resident manager Xavier Masson, executive chef Stefano Verillo, F&B manager Joward Tongco, and chef Juanito Abangan whose specialty is Philippine cuisine.

Mia had prepared a quiz on Philippine historical highlights with a dash of trivia that had hilarious results. There were enough guests to form various groups. The winning team was composed of Nath Ybañez, Shari Quimbo, MJ Yuvallos and Ka Bino Guerrero.

Among the hotel VIPs present were Dottie Adlawan, Sit Baliwa, Jude Pangan, Tess Catipay, and more. Giving their all-out support to Jessica were her ever-loving husband Bobit Avila and their daughter Katrina.

What will Jessica and Julie think of for next year? They’re thinking about it right now, and very soon will come up with some ideas.

Speaking of gastronomy, Julina Pando de Muertegui chose to celebrate her birthday at Beehive, established in 1953 and still one of Cebu’s leading watering holes. Julina decided on a cocido dinner, which has every imaginable condiment. It comes from a treasured recipe of Hazel Graham Gonzalez who was present.

An eclectic crowd of art enthusiasts and collectors gathered at the Qube Gallery in Crossroads, Banilad, for the opening of “Heirs to the Throne.” The show alluded to the up-and-coming group of young artists who did an expo on surrealism which drew much comment.

Maris Holopainen, the Qube Gallery owner, was happy to introduce them: Kidlat, Kenichi Wani, Tom Jopson, Wyndelle Remonde, Marvin Natural, and the only girl in the group—Lhee Taneo.