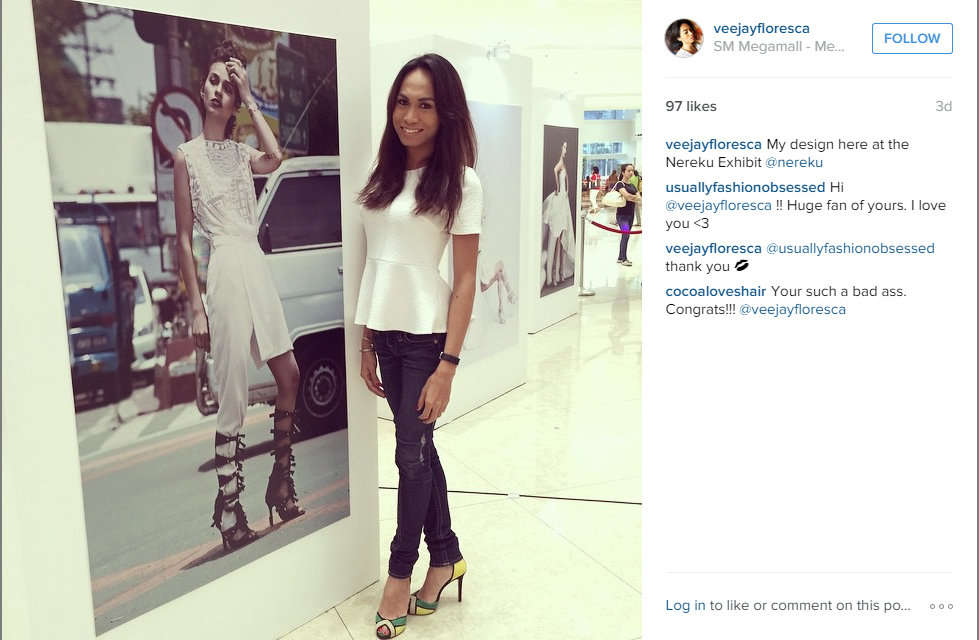 A TRANSGENDER fashion designer was allegedly barred from entering a club at the Bonifacio Global City in Taguig City because of a policy deemed discriminatory to the transgender community.

In a post on her Facebook account, transgender model Geena Rocero said that fashion designer Veejay Floresca was supposed to attend a birthday party at The Palace Saturday night when she was prevented from entering due to the club’s “no crossdressers policy.”

Even if Floresca showed her California ID with her female name and gender marker, the designer was told that “Lalaki pa din yan (That’s still a man).”

“Enough of this hypocrisy, ignorance, discrimination, erasure and denial of our personhood. Tim Yap, Neil Arce , Valkyrie owners and management be embarrassed of yourselves. The trans community is angry because of the way you treat us,” Rocero said.

The transgender model said that Saturday night’s incident marks the second time that Floresca was barred from entering the club.

On her part, Floresca said that she was saddened by what happened.

“What happened to me last night was very sad. I still can’t believe that some people still think transgenders as crossdressers. We should not dehumanize people because of their decisions to be themselves. I want this to change. Let’s hope that the meeting next week will give a positive outcome for everyone,” she said.

Rocero said that they would be meeting with the owners and management of Valkyrie and The Palace on June 29 hoping that the problematic policy would be abolished. AJH/AC