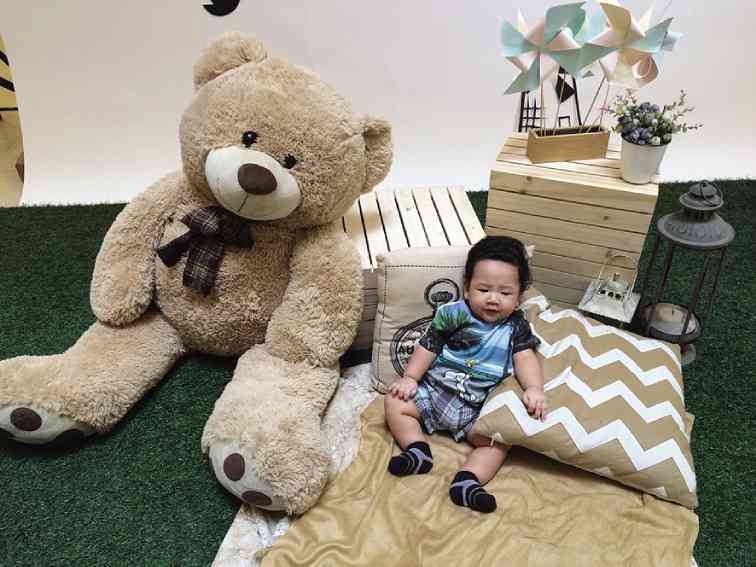 FOUR-MONTH-OLD David and four-year-old Jack get their five minutes of the spotlight at the GapKids studio. 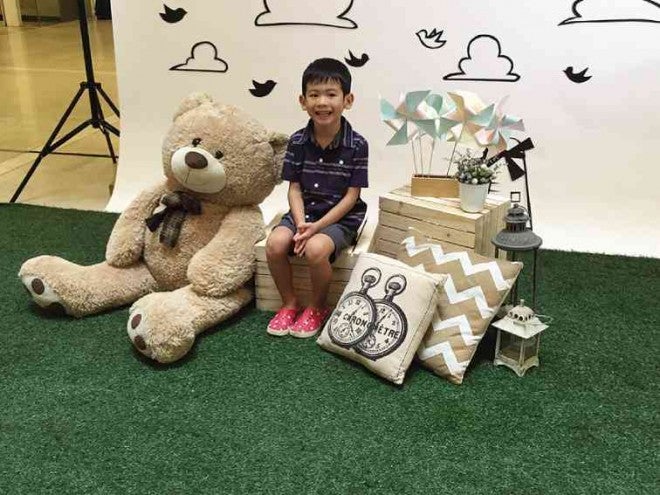 Very timely were the babyGap and GapKids casting call and babyGap registry reboot. Not only did we have a camera-ready four-year-old boy and a four-month-old nephew about to follow in his mom’s modeling footsteps, we were also ready to pop with another bundle of joy, a girl this time.

For a minimum single-receipt purchase of P3,000 at GapKids and/or babyGap between June 13 and 19, customers could have their children’s portraits taken for free by Mayad Beginnings.

At Central Square’s lower ground atrium was a makeshift studio set in neutrals and pastels for the children to pose in, while a kids’ waiting area was outfitted with white tables bedecked with coloring materials and jars of candy.

Stores Specialists, Inc. marketing officer Apple Ocampo graciously assisted us as we waited for our turn. She said that about 60 children signed up for the shoot; while initially the event could accept only children one to 12 years old, organizers relented to customers’ clamor that infants be included as well.

So, despite a studio setup for more mobile kids, Mayad Beginnings ably accommodated the wriggly babies, although it took about 10 minutes for them instead of the usual five minutes per child due to challenges in posing.

But parents and their mini versions (we even spotted a mother and daughter in identical outfits) patiently waited. The shoot was actually well-organized by time slot, running from 11 a.m. to 6 p.m. 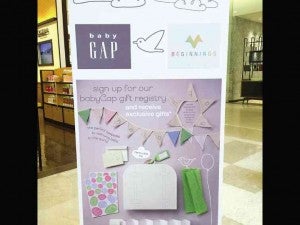 Not only were the kids adorable in their poses, it was also fun to watch their parents—excited moms and seemingly stoic dads on all fours in attempts to elicit smiles or giggles from their children.

While other kids very gamely posed as suggested by the Mayad crew, our son Jack had his own ideas of what worked for him. When asked if he wanted to hug the giant teddy bear prop or lie on the astroturf, he refused, acting on the knowledge of his allergies to dust mites and grass.

Even Ms Ocampo noticed that instead of coloring the illustrated pages as laid out, Jack chose to flip them over and draw his own design.

But all in all it was a good experience, since we have never had a professional shoot, and we got to learn more about how our children follow directions and how they respond in such an environment.

After the shoot, balloons with a P500 coupon for every P2,500 purchase were handed out to each child.

Our sister immediately used her coupon and bought some new shorts for her son, while we decided to wait till our new little one’s arrival. We were content to browse through the selections and were pleased to observe that babyGap’s fashion for girls has none of the dreaded froufrou; instead they are subtly feminine, with a good selection of sensible, gender-neutral wear that make practical picks for a baby registry.

For now we await the release of the photos and for Gap Philippines’ Facebook Like contest from the casting call photo shoot, which will run from June 28 to July 4. The photo that garners the most likes will be the winner, to be announced July 8 via Facebook. The winner will take home a complete outfit from babyGap or GapKids worth P2,500.