Five reasons to be at the 2015 Eiga Sai | Inquirer Lifestyle ❮ ❯ 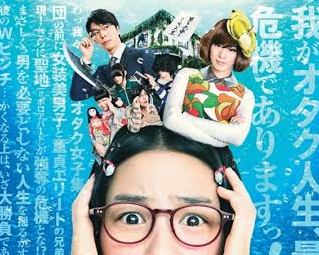 There’s about two weeks left before this year’s Eiga Sai—the annual Japanese film festival.  Here are a couple of films that you might be interested in:

The live-action film adaptation of an animé of the same title, “Parasyte” tells the tale of 17-year-old Shinichi Izumi, whose life takes an unexpected turn when alien creatures called Parasytes take over the planet.

Ramen-lovers are in for a treat with this documentary on the life of the late Kazuo Yamagishi, considered a god in the ramen industry. Find out what made his ramen creations special by watching this inspiring entry.

Another mouth-watering documentary focusing on Japanese traditional cuisine, food culture and the lives of some of the people in the world of wa-shoku, or Japanese food.

Tsukimi Kurashita is an awkward, jellyfish-loving girl who moves to Tokyo to pursue her dreams of becoming an illustrator. Along with other eccentric tenants, she moves into a girls-only apartment called Amamizukan, which is on the brink of being demolished.

A story about a dysfunctional family forced to rekindle their relationships when the mother is diagnosed with brain cancer, and is given a week to live. Award-winning director Yuya Ishii will be present at the opening night at the Shang Cineplex on July 9.

Eiga Sai: The Japanese Film Festival will be held July 9-Aug. 23, in celebration of the Philippines-Japan Friendship month.