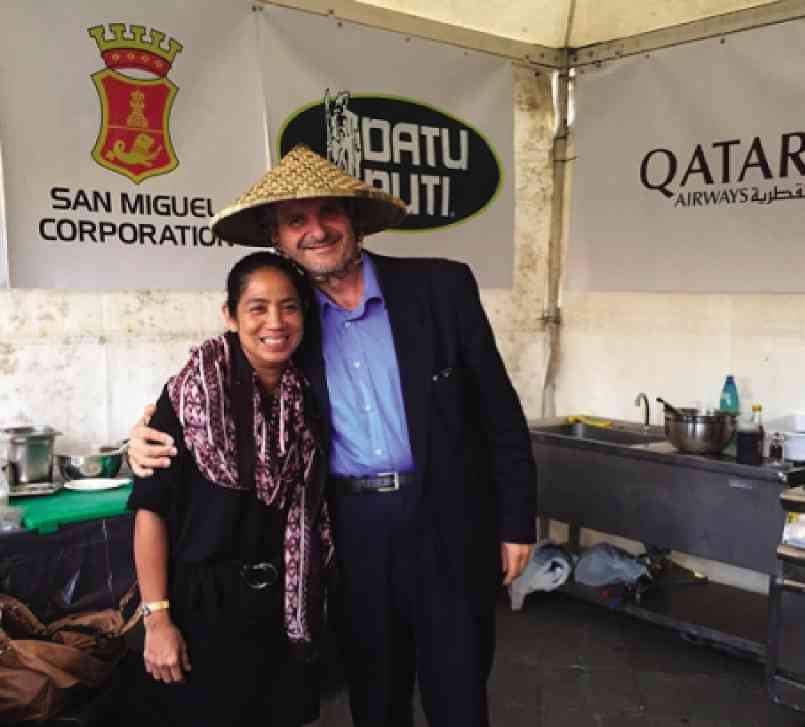 Filipino cuisine a hit in Italy

Every year, the small town of Forlimpopoli in Italy comes alive as it celebrates its hometown hero Pellegrino Artusi, recognized as the father of modern Italian cooking.

Tagged as Festa Artusiana, the event honors its most illustrious citizen by lining the town’s streets and alleys with stalls serving Italian cuisine.

For nine consecutive nights, from 7 p.m. to midnight, Forlimpopoli folk go on a feasting frenzy, joined by people from neighboring cities, as they sample a wide variety of food. It is organized by the city government and Casa Artusi, the first Italian gastronomic center of traditional home cookery.

This year, producers from all over Italy joined the festivity. There was an array of sausages and salami, dried fruits including pomelo, papaya and mango, honey of different variations, and a biscotteria with cookies as many to choose from as the beer in the birreria.

There was a wide range of goods, from cookbooks and crochet table mats to grilled meats such as barbecue and steaks. Not to be left out were the pizzas and pastas of various shapes, sizes and sauces.

Yet, even if the list runs long, a clear crowd favorite was the Filipino food prepared by Margarita Fores.

This year, her team became extra busy preparing its lineup of traditional dishes as people waited in line even before the stall opened. What drove the people to the booth was the aroma of inihaw na liempo and chicken inasal, and the savory sour scent of adobo.

Guests were lured by the trail of smoke coming from the Filipino stall. Many inquired about the food, about which Fores was more than happy to describe and explain.

Also satisfying many appetites and curiosities were the tuna kinilaw, which had been doused with a mixture of vinegar and brown sugar upon order; pancit guisado with shredded chicken and eggs cooked a la minute; and a smooth calamansi-rind specked leche flan topped with macapuno.

There was also the salakot, a wide-brim hat made of rattan, which the team brought in from the Philippines.

Perhaps this recent endeavor was as symbolic as the chicken inasal they were grilling, as Fores and her team continue to fan the flame of global interest in Philippine cuisine.