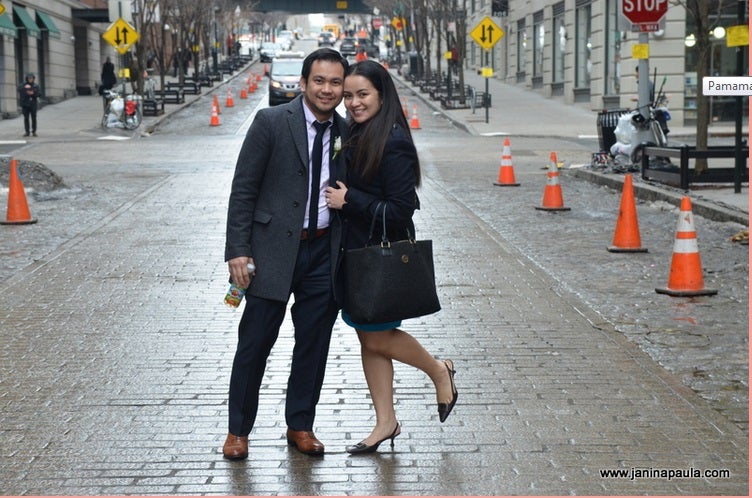 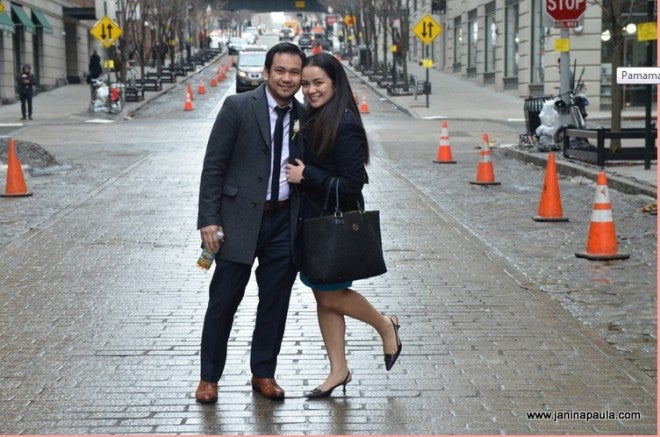 Warren Villanueva chased her at the airport and brought her all the way to the altar.

On June 12, Villanueva married Filipina Janina Pangilinan in New York more than a year after he chased her at the airport in the same city where he professed his love.

The love story of Villanueva and Pangilinan went viral on the Internet after it was featured in the famous Humans of New York (HONY) in May 2014.

Villanueva detailed how he first met Pangilinan who was visiting New York for two weeks and how their relationship blossomed.

“So we spent a lot of time together, and the night before she left to go back to the Philippines, she asked me if I was serious about our relationship. And I said ‘I don’t know,” Villanueva told Brandon Stanton, the man behind HONY.

But Villanueva changed his mind hours before Pangilinan’s flight back to the Philippines.

“Then I went home and laid awake all night. Her flight left at 9 a.m. So at 4 a.m., I texted her to wait for me outside security,” he said.

He said he got into a cab, and then rushed to the airport to change his answer.

“I am serious. We will be together,” he said.

Their love story continued despite their long-distance relationship.

After a couple of months, Pangilinan in his blog said Villanueva visited her in the Philippines.

“Last night, Sunday, February 8th, My Warren asked me to be his wife,” she said in one of her blog post.

In her blog post on June 19, Pangilinan said, “I cannot remember the last time I have been utterly lost for words” referring to their wedding.

She posted a video, which shows her wedding with Villanueva.

“I am still dazed and overly happy with the beautiful wedding that we had last week, as well as the overflowing love and inspiration that we get from our family and friends,” she said. NC