After legalization of same-sex marriage in US, will PH follow suit? | Inquirer Lifestyle ❮ ❯ 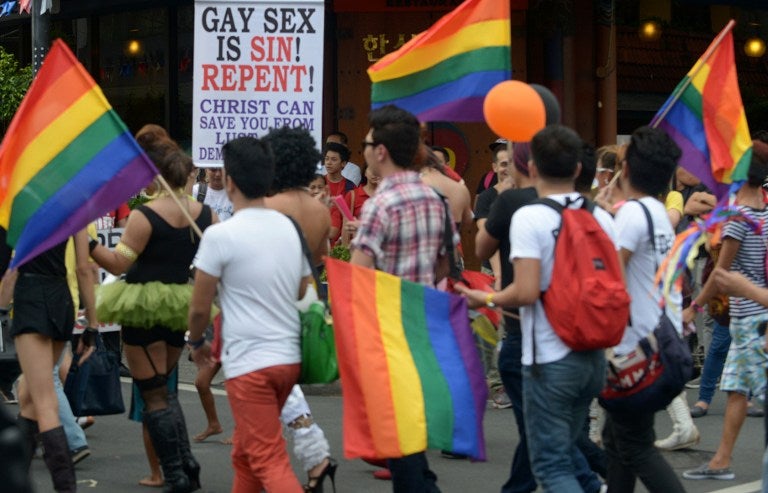 After legalization of same-sex marriage in US, will PH follow suit?

Malacañang on Saturday said it is up to Congress to tackle the issue on legalizing same-sex marriage in the Philippines after the United States had legalized gay unions.

“We leave it to Congress for that discussion,” deputy presidential spokesperson Abigail Valte said on government run dzRB radio.

Valte said there have been conflicting views on the process of legalizing same-sex marriage in the country.

But for President Benigno Aquino III, she said, the president “wants everyone treated equally.”
On Friday, the US Supreme Court in a 5-4 ruling legalized same-sex marriage in all of its 50 states.