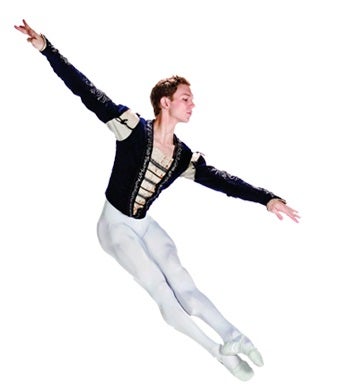 ‘Golden boy of ballet’ to open new season of PBT

TO OPEN its 29th season as a resident company of the Cultural Center of the Philippines, the Philippine Ballet Theater (PBT) will present “Don Quixote” featuring Joseph Phillips as guest artist, on July 4-5.

Hailed by the international press as “the golden boy of ballet,” Phillips is a technically astute dancer with an impressive array of awards and medals.

Phillips holds more gold medals for dance than any other American dancer. He was awarded the Les Etoiles de Ballet in Cannes and Paris (France). He was also given the Key to Columbia, the capital city of South Carolina.

Phillips’ accomplishments were recognized when he was chosen to light the torch in the 2006 and 2014 USA International Ballet Competition opening ceremonies.

Following closely upon his successes in the competitive arena of ballet, he danced with the San Francisco Ballet, Miami City Ballet and American Ballet Theater.

He is the premier dancer of the State Primorsky Opera and Ballet Theater, where he is one of only two American premier male dancers working in Russia.

Although he has traveled and performed in many other Asian cities, this is his first trip to the Philippines.

He will play Basilio in evening performances, while PBT soloist Peter Lloyd San Juan will perform the role during both matinees.

PBT stars Regine Magbitang and Lobreza Pimentel, both as Kitri, will have the opportunity to partner with the golden boy.

Don Quixote will be portrayed by Russian Andrei Roslovtsev, while Sancho Panza will be performed by PBT’s own artistic director, Ronilo Jaynario.