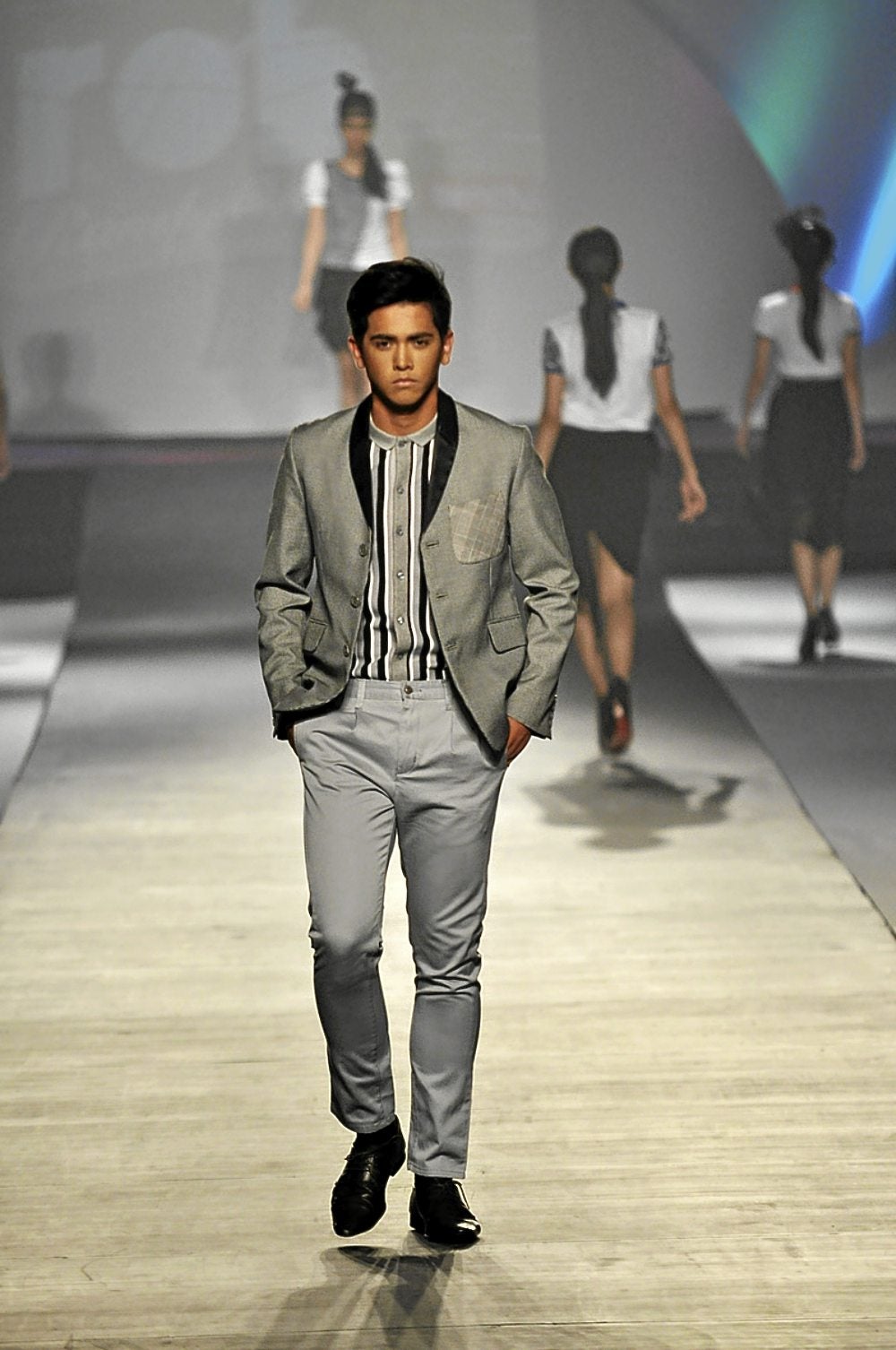 Lux fashion for the price-conscious fashionista

From loose T-shirts and street-easy styles,  Bench is stepping up into a more sartorial look with the launch of ROB (acronym for Randy Ortiz for Bench) as shown at the recent Philippine Fashion Week.

Following the trend of big labels that hire designers to make their pocket collections, Bench has again tapped Ortiz to give its signature styles a new spin.

Last season, Suyen Corporation head Ben Chan commissioned Ortiz to make a special collection for its feminine label, Kashieca. Ortiz also became the first designer to come up with his own scent.

If Uniqlo has +J, the collection that doesn’t stamp Jil Sander’s name on it, Bench has ROB for the price-conscious fashionistas.

Ortiz says he’s come full circle with the ROB Collection. When he started his career in men’s wear for the then Sari-Sari Store, he made a splash with his favorite patterns—paisleys,

baroques, florals, dots, stripes and houndstooth, and bravely mixed them.

“That’s how I started, but I’m translating those patterns today very differently,” he says. “Filipinos are accustomed to the plain or striped T-shirt. I mixed the stripes with baroque prints but only [in a] more subtle [way]. I like pattern on pattern. It’s  something different for the brand.”

About next year’s direction for Bench, Ortiz says the sporty look is a staple, made refined by subtle colors, easy-fitting silhouettes and dressier pieces.

Color-blocking and digital prints will be big. Ortiz says he has restrained the color palette to black, white, gray and red as accents.

The designer says Bench uses a special pique for the T-shirt. He adds he’s used digital prints. The knits feature color-blocked patterns such as red sleeves on a black shirt. “They’re more unconventional, not the usual contrasting piping.” 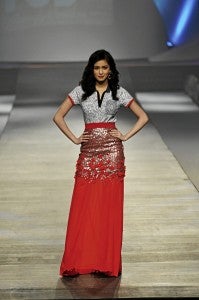 It’s the first time that Bench will offer suits. Ortiz presents his signature blazers with piping in slimmer proportions. “They’re done in stretched cotton twill. You’ve got to be considerate with price points.”

Herbench echoes the look of the main brand, but streamlined for the feminine silhouette. “I’ve made patterned T-shirts for him and her and baby tees.” He also introduces jumpsuits for dressier occasions that can fit all sizes.

While Bench provides the basics jeans and jeggings, ROB offers the dressier bottoms—

“The clothes go for all ages,” says Ortiz. “The young can wear the tunics to show off their legs while the mature ones can use it as top.”

Suyen Corporation’s Noel Manapat explains that with the economic downturn that’s affecting foreign labels, Bench is coming up with its version of affordable luxury. 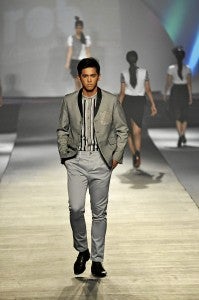 He says there’s a whole line for dress shirts, vests and jodhpurs.  The silhouette of the carrot jeans—baggy tops with tapered bottoms in twill is an  homage to the jodhpur.

For women, it’s these patterned polo shirts worn with long, sheer electric pleated skirts. “You can wear these staples with exciting dressy pants or skirts.”

Meanwhile, the Bench Body has also practiced restraint. Instead of the neon colors and daring patterns, the underwear collection stuck to the basic white, black and nude, with little romantic  details for the women.

The younger line, Human’s summer 2012 collection, is inspired by the Dia de los Muertos (Day of the Dead) feast of Mexico. The T-shirts are imbued with Mexican symbols such as sugar skulls, marigolds and other tropical flowers.

On the other  hand, Human Black focuses on the androgynous.  Kashieca remains true to its period-inspired pieces such as the tennia and nautical fashions. The paper bag skirt and the drawstring skirt will be hot next year.

For people who just love to shop, Bench stores always find something new to excite its customers. Watch out for items with the imported tag. They stand out for the special quality of the material or print, yet are surprisingly pocket-friendly.