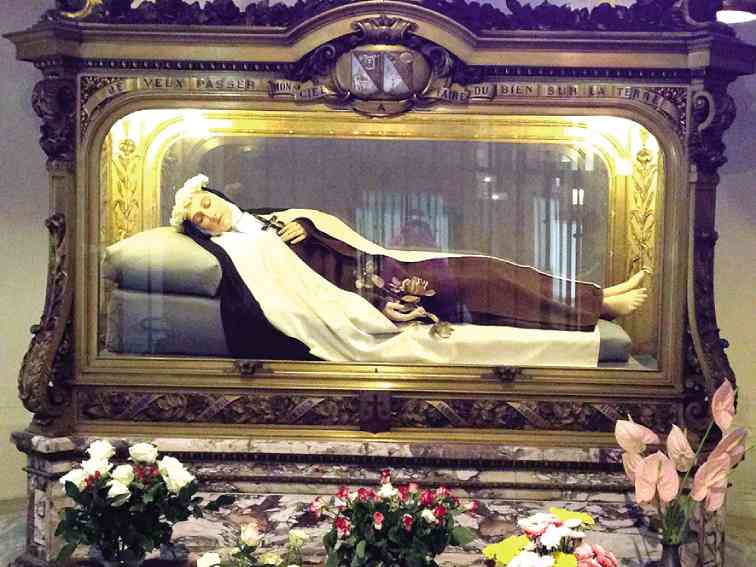 THE SHRINE of St. Thérèse at the Carmel in Lisieux. Her remains are underneath this beautiful statue. PHOTOS BY ALYA B. HONASAN

St Therese of Lisieux’s parents to be canonized in October

VATICAN CITY – The parents of French saint Therese of Lisieux will be canonized on October 18 along with an Italian priest and a Spanish nun, the Vatican announced Saturday.

Louis and Zelie Martin will become the first married couple to be named Roman Catholic saints, according to specialized Vatican news agency I-Media.

Saint Therese was canonized in 1925 by Pope Pius XI who called her “the greatest saint of modern times”.

She is patron saint of missionaries, aviators, florists and AIDS sufferers.

Her parents are already “blessed”, a title in the Roman Catholic Church which is a step towards sainthood.

Therese was born in Normandy, northern France in 1873 and entered the Carmelite convent at nearby Lisieux at the age of 15.

She died of tuberculosis aged 24 but not before writing “The Story of a Soul”, which taught humility and said that a saintly life could be lived through small acts of love and devotion.

Her parents Louis and Zelie, who died in 1894 and 1877 respectively, had nine children. Only five girls survived infancy and all became nuns.

The couple will be announced as Roman Catholic saints on October 18 along with Vincenzo Grossi (1845-1917), an Italian priest and the founder of the Daughters of the Oratory institute and Spanish nun Maria Isabel Salvat Romero (1926-1998), former head of the Sisters of the Company of the Cross.