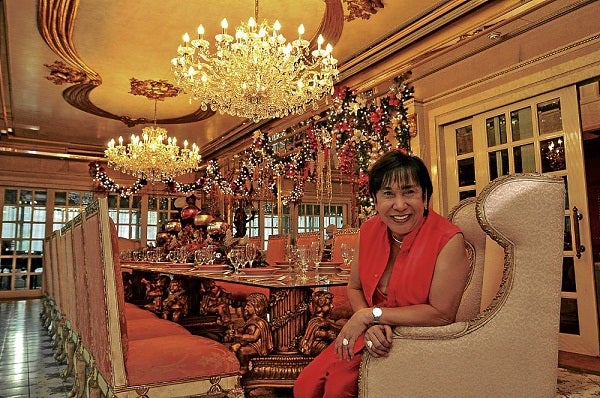 Following allegations of discrimination, the Ricky Reyes Corporation on Wednesday denied that it sacked a male employee for testing positive with human immunodeficiency virus (HIV), saying the management even paid him full salary while on sick leave.

In a statement issued to the media, the salon group said complainant Renato Nocos, who was diagnosed with HIV in 2013, did not report back to work after the salon branch where he was working in España, Manila, stopped its operations due to business roadblocks.

The company said Nocos demanded to receive full salary during the months of closure.

“At this point, the employees that were affected by the closure of the salon was told to wait a while until management could relocate them to other salon branches and it was best for Mr. Renato Nocos to recuperate and have complete rest until such time that we could hire him again,” the statement added.

“But Mr. Nocos demanded to still have his salary in full which management declined. But then the company waited for him to report back which he never did,” it said.

The Ricky Reyes group said it allowed Nocos to go on sick leave for six months to allow him to recuperate from his sickness.

“But again after some time, his illness had recurred again and went on sick leave again for three months, with payment of his full salary. He reported back to the salon branch , his illness has been on and off and sad to say, the salon was not doing good since it started business, so management decided to close shop,” the statement said.

Nocos has also accused the corporation of denying him his social protection benefits: “I can’t rebuild my life back because I was laid off from my job just because I have HIV. I want to put the pieces back together but my employer, Ricky Reyes, denied me of my social protection through SSS and in PhilHealth.”

He filed a complaint against Ricky Reyes and Ricky Superstyle Color vice president Tonette Moreno on March 3 before the National Labor Relations Commission.

The Ricky Reyes group added it would not allow such actions.

“There has never been a case of such experienced by the Ricky Reyes Group Of Companies for the past four decades in the business. So in the highest degree of respect to persons, we will not allow such actions whether it comes from the management or up to the rank and file to allow such discriminations to occur,” the statement added.