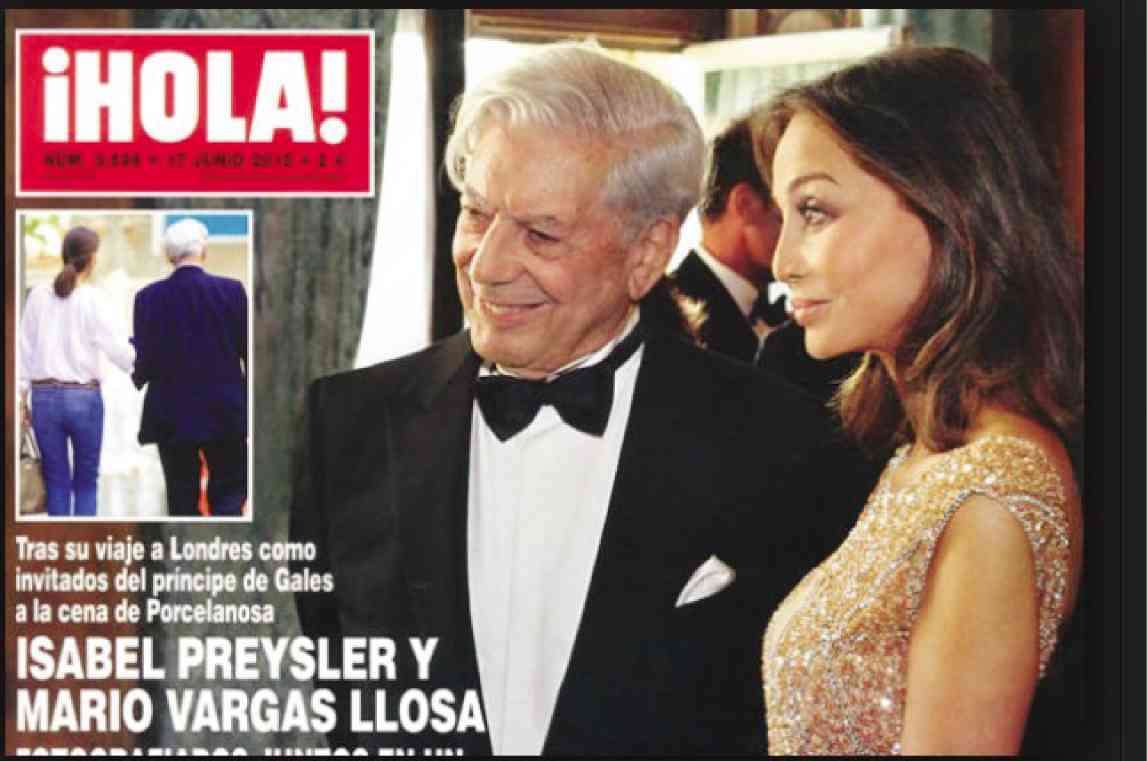 Spain’s alta sociedad is said to be reeling over reports that Spain-based Filipino socialite Isabel Preysler has stolen the heart of revered Peruvian writer and Nobel Prize winner Mario Vargas Llosa, who remains very much married.

“This story is now the talk of the town in Spain,” exclaimed a Manila-based friend of Preysler, who requested anonymity after tipping off Inquirer Lifestyle about the explosive news.

Under a Filipino custom, Preysler, 64, should still be in mourning, following third husband Miguel Boyer’s death on Sept. 29, 2014. Preysler has a daughter with Boyer, a former finance minister of Spain.

The former Filipino model was also briefly married to Carlos Falco, aka Marques de Griñon, in the early 1980s, a few years after her divorce from popular crooner Julio Iglesias.

Preysler has a daughter, Tamara, with Falco, and three children with Iglesias, namely Chabeli, Julio Jr. and the international singer and heartthrob Enrique Iglesias.

Vargas Llosa, who is said to be a friend of both Isabel and Boyer, is still married to second wife Patricia, with whom he has three grown children.

Sketchy reports said Preysler and Vargas Llosa, 79, hooked up around April when the writer began traveling to Spain.

According to the online site of El Mundo, one of Spain’s major newspapers, Vargas Llosa was gallant enough to admit to his wife his feelings for Preysler.

A story in El Mundo’s online site said that Vargas Llosa had allegedly initiated divorce proceedings following “plans to leave the family home” because he was “completely in love with Isabel.” A June 15 story in Peru Reports, however, quoted the writer as saying that he was now separated from his wife.

“The wife is not taking the news sitting down,” Inquirer Lifestyle’s source said.

Just last week, paparazzi were said to be hounding Preysler all over Spain over the affair, although the famous beauty had chosen to stay quiet.

On the other hand, there were reports of a scene at a “hair salon in Madrid” where one of the Vargas Llosa children was said to have screamed at the writer: “Leave us, leave my mother [alone]!”

Spanish media was said to be sympathetic to Patricia, who has been married to Vargas Llosa for 50 years, and has often been described as his “collaborator” and “indispensable” partner.

She was said to be in charge of her husband’s appointments and “keeps tabs” of his finances. Rumor has it that the writer wants to split their conjugal assets 50-50.

Vargas Llosa gained worldwide fame for his novels that explore the sensitive relationship between power and the individual. His more popular novels include “The Time of the Hero,” “The Greenhouse” and “Conversation in the Cathedral.” He is also a journalist and essayist.

Preysler belongs to the Arrastia clan of Lubao, Pampanga, which used to own vast estates in the province.

The much sought-after model moved to Madrid in her teens. After graduation, she worked as a journalist for the popular HOLA! Magazine where she met future husband Iglesias, allegedly her first interview subject.

Preysler has consistently been chosen one of Spain’s most elegant women. A few years back, she flew to Manila to endorse Porcelanosa tiles, a high-end construction material, whose ads had her posing with famous heartthrob George Clooney.