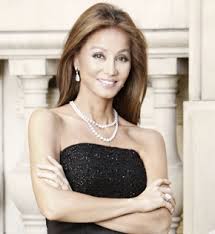 The still-gorgeous Isabel Preysler, ex-wife of singer Julio Iglesias, the Marques de Griñon Carlos Falco, and the late Spanish finance minister Miguel Boyer, has won the heart of another distinguished gentleman—who, unfortunately, is very much married.

Reports have had the 64-year-old Preysler hooking up with 79-year-old Peruvian Nobel Prize Winner for Literature Mario Vargas Llosa, who is reportedly seeking an end to his marriage to his wife of 50 years, Patricia.

It’s not going to be pretty, though, as gossip magazines also reported how one of his daughters screamed at Vargas-Llosa in Madrid, and how Patricia is not taking it sitting down. Isabel is, wisely, keeping quiet.