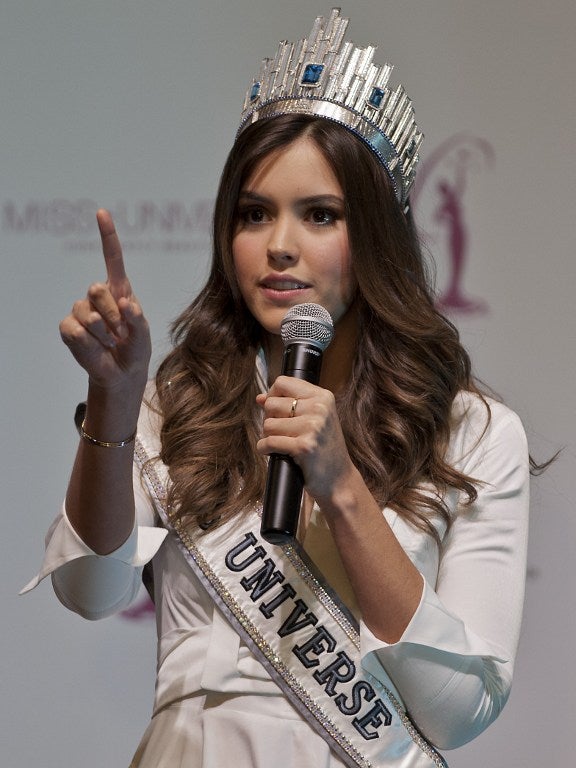 BOGOTA, Colombia— The reigning Miss Universe says Donald Trump, the beauty pageant’s owner, was “hurtful and unfair” in his comments about Mexican migrants. But Paulina Vega of Colombia says she isn’t giving up her crown.

Vega has been under pressure at home and from abroad to renounce her title over Trump accusing Mexico of sending rapists and drug traffickers into the U.S.

In her first public comments, Vega said Thursday that she wanted to join in the chorus of rebukes to Trump. However, she said she didn’t plan to resign her crown because the Miss Universe organization does meaningful social work in communities around the world.

Many Colombians were outraged by Trump’s remarks, and the city government of Bogota withdrew its support for a bid to host the Miss Universe pageant.