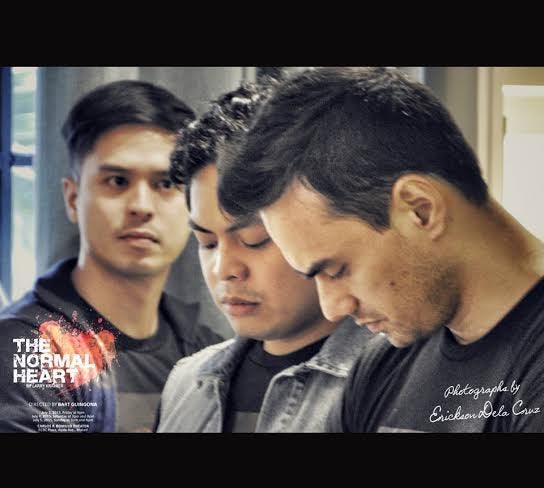 Larry Kramer’s incendiary and now-classic play about the early HIV years gets its Manila premiere courtesy of Bart Guingona, who directs and stars as Ned Weeks, Kramer’s alter ego in the autobiographical play. Also starring are Topper Fabregas, Richard Cunanan, Red Concepcion, Nor Domingo, TJ Trinidad, Jef Flores and Roselyn Perez. The show runs for only five performances, with remaining performances today and tomorrow, at
3 p.m. and 8 p.m.

Now on its 11th year, the annual festival of untried, untested, unstaged one-act plays presents a new batch of 12 original Filipino plays out of 156 entries submitted for consideration to the Writers’ Bloc, the playwrights’ group that spearheaded and continues to co-run Virgin  Labfest (VL) along with the Cultural Center of the Philippines (CCP)   and Tanghalang Pilipino. Previously running for only two weeks, VL  has been expanded this year to a three-week run, until July 12.

Chris Millado directs “Mabining Mandirigma,” a retelling and examination of Apolinario Mabini’s life and legacy through a “steampunk musical” written by Nicanor Tiongson, with music by Jed Balsamo and choreography by Denisa Reyes. Delphine Buencamino stars as the Sublime Paralytic, with Antonio Ferrer, Carol Bello and the Tanghalang Pilipino’s  Actors’ Company also in the cast.

International stars Brandon Rubendall and Jenna Rubaii headline “Saturday Night Fever,” a production by Atlantis Theatrical Entertainment Group in cooperation with the Robert Stigwood Organisation, directed by Bobby Garcia. Based on the 1977 film, the musical has David Gallo as scenic designer, Vince Pesce as choreographer, Paul Miller as theatrical lighting designer and Tara Rubin as the casting director. After Manila, it is set to tour Kuala Lumpur, Singapore and Macau.