‘Shadow and Bone’ author in Manila: Fantasy is her cup of tea | Lifestyle.INQ ❮ ❯ 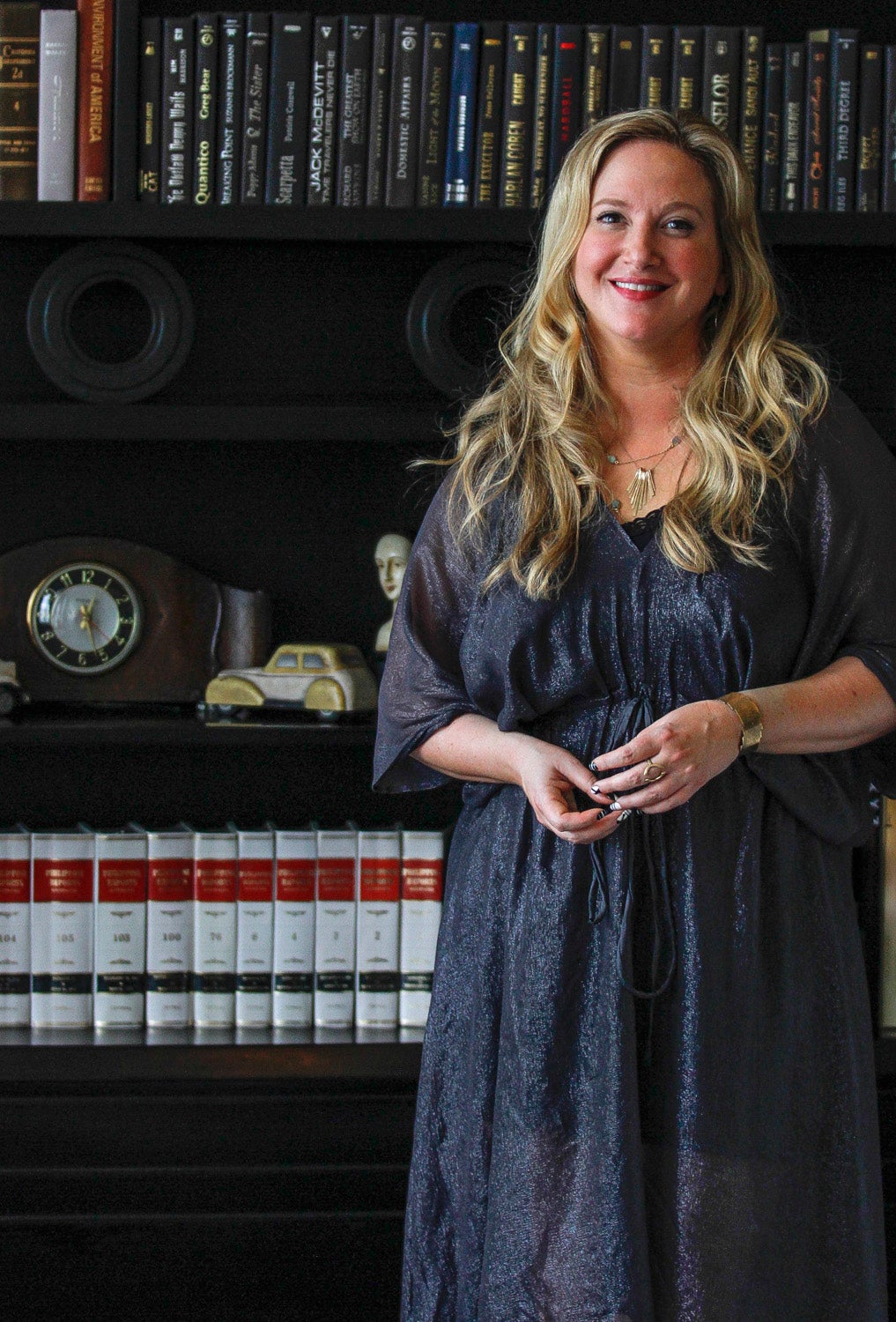 ‘Shadow and Bone’ author in Manila: Fantasy is her cup of tea

OF ALL her outstanding qualities as a writer, it is Leigh Bardugo’s ability to keep you guessing that will stay the most.

The bestselling fantasy author (her first name is pronounced “Lee”) resembles a lengthier, livelier and literary version of the Hollywood actress Ashley Tisdale. It won’t take long before Bardugo’s intelligence and quirkiness overpowers you.

“Oh man, that is a long story,” she warns, and then tells you the story complete with her live-wire laughter.

Bardugo’s was born in Jerusalem, Israel, an only child who spent much of her time making up stories in her head and talking to herself.

She does this a lot to this day. With her mother, she moved to Los Angeles where she grew up, finishing an English degree from Yale University.

After a time spent as a copywriter and a makeup artist, Bardugo listened to the story in her head and wrote “Shadow and Bone” as an outline, famously going from a neophyte writer without an agent to one with an “amazing agent” (Joanna Volpe) and a three-book deal from Henry Holt and Company in 37 days, a story that’s become kind of a myth by itself.

“It happened very quickly and it is still surprising,” she admits, saying her case is clearly the exception, not the rule.

After watching the Tom Cruise sci-fi flick “Minority Report,” Bardugo and her friends discussed how it would be scientifically possible to read someone else’s intentions.

“For me, this was a way of taking magic and deciding physically what it would look like,” she tells the Inquirer.

A scary time spent looking at shadows in a friend’s house led to more inspiration. She never imagined she would write a trilogy, but halfway through writing the first draft of “Shadow and Bone,” she thought to herself, “The story is bigger.”

She would later tell her agent, “This feels like a trilogy.”

Her most famous book is her first one, 2012’s “Shadow and Bone,” whose title is often used as a shorthand for the entire series, the same way some guy named George R.R. Martin has a series of books called A Song of Ice and Fire that’s better known by the title of the first book, “A Game of Thrones” (GOT).

Bardugo is a big fan of Martin’s work; Arya Stark is her favorite “GOT” character.

In a mainstream world made safe by “GOT’s” success, Bardugo says her trilogy has its definite charms: “The setting is part of what sets it apart. There’s a level of accessibility there. I set out to write a fantasy novel for people who were not big fantasy fans. I tried to be gentle with the magical elements.”

The Grisha Trilogy is indeed extremely different from “GOT.” Set in what appears to be an alternate 19th-century Tsarist Russia called Ravka, “Shadow and Bone” introduces readers to a world where magic is mostly known as the Small Science and people called Grisha are born with the ability to manipulate that power.

The series’ protagonists are orphans Alina Starkov and Mal Orestsev. The people of Ravka live in fear of the literal dark place called the Dark Fold, but Alina soon discovers she is one of the most powerful Grishas of all, with the ability to wield light, and dubbed the Sun Summoner.

Mal turns out to be a talented tracker for the First Army, and two must deal with the affection they share.

Meanwhile, a mysterious figure known as the Darkling takes Alina under his wing. But is he a friend or foe? What is his agenda?

Readers will be enchanted into turning pages and grow fond of its snarky but earnest heroes. Bardugo shines with her captivating prose and her detailed world-building, earning praise from the likes of Veronica Roth and Rick Riordan. It is an epic read.

While “Shadow and Bone” sets the scene, Alina and Mal’s world expands in the action-packed sequel, 2013’s “Siege and Storm.” The stakes are raised to world-risking levels in the conclusion, 2014’s “Ruin and Rising.”

Aside from the books’ massive sales, Bardugo can be happy about DreamWorks’ purchasing the rights to turn the trilogy into movies; respected “Harry Potter” producer David Heyman is in charge of the adaptation.

Bardugo can’t say much about the movie’s status, save that she’s immensely excited. Press her for a casting wish list, and she’ll relent by saying she can see “a young Gary Oldman or a young Richard Armitage” as the Darkling, and Taron Egerton of “Kingsman: The Secret Service” as Mal.

She admits liking the look of “Alice in Wonderland’s” Mia Wasikowska as Alina, though Wasikowksa might be too old for the part. “I wouldn’t mind seeing more diversity in the casting, like I think the Darkling and Alina could be played by Asian actors.”

Like the way she takes readers on an ever-expanding tour of the Grisha world, Bardugo has traveled to England, Scotland, Ireland, Italy and Germany to promote her books; she looks forward to visiting Amsterdam.

Bardugo had given up the three-year makeup gig due to her career as an author, but still tries to find time now and then to perform with her band, Captain Automatic. But she has been kept busy by other things.

Bardugo is looking forward for the September release of her next novel, “Six of Crows,” which she describes as “‘Ocean’s Eleven’ meets ‘Game of Thrones,’” essentially a heist story involving a ragtag bunch in the world of the Grisha Trilogy. “It’s set in a different country with a different cast of characters.”

Bardugo remains sanguine and self-aware about what an amazing story hers has been.“To imagine me becoming a New York Times bestseller, selling the film rights, to imagine this moment now, sitting in a beautiful hotel in the Philippines and thinking about going to a signing in a country I had never been before… to think of those things as possibilities would have been hubris,” she says.

She understands that “Shadow and Bone” has showcased her own Grisha-like gift and retains a child-like joy regarding everything that comes with it.

Noting she used to be stressed out with her copywriting job, Bardugo says she now “stresses out over something I love. I love every minute of it. At the end of the day, I have the best life ever!”