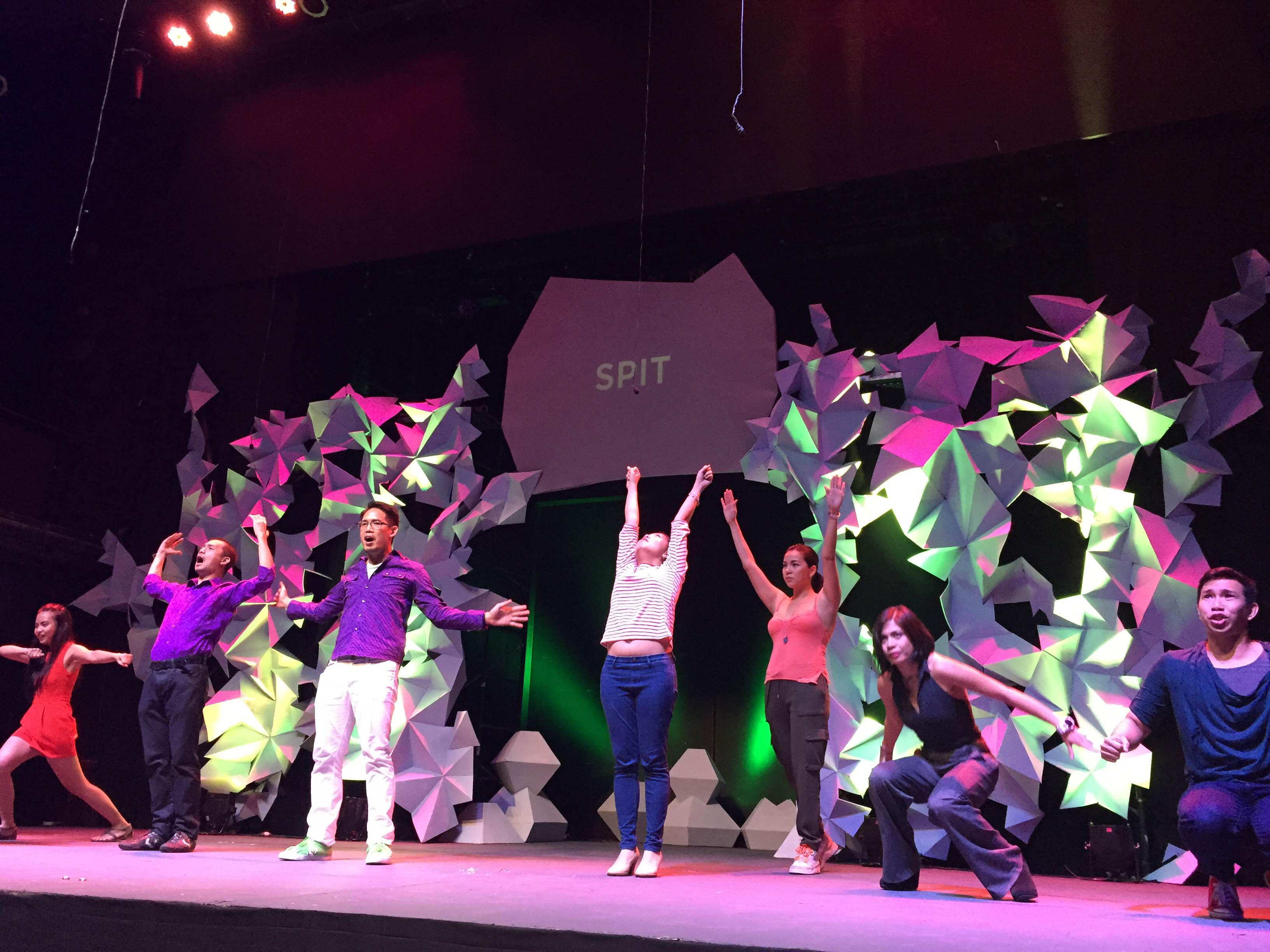 Manila' SPIT performs a random play about cheerleading, athletes and a gay guy who wants to do gymnastics.

No script, no rehearsals—just some actors asking the audience what the story will be.

This is the sense the audience will get when they watch the third Manila Improv Festival which runs at the Philippine Educational Theater Association (Peta) theater center from July 8 to 12.

This year’s theme is “Finding the Game”—and appropriately so, given the challenge for actors to perform on stage without the benefit of a script.

Improv is a non-conventional form of performance art where the audience tell the actors what to perform on stage. The challenge: the actors do not have the benefit of a rehearsal.

READ: Get ready for unscripted fun at Manila Improv Festival 2015

The performers in the line-up are: PIP Show from Warsaw, Impro Mafia from Brisbane, Pirates of Tokyo Bay from Tokyo, Landry & Summers from Los Angeles, To Be Continued, People’s Liberation Improv, 3 Dudes Improv and Lamb Ink all from Hong Kong, the Improv Company from Singapore, Taichung Improv from Taichung, the Beijing Collective from Beijing, People’s Republic of Comedy and Zmack from Shanghai, Bacolod Improv Group from Bacolod, Dulaang Atenista from Cagayan De Oro, and One and a Half Men, Switch Improv and SPIT from Manila. IDL