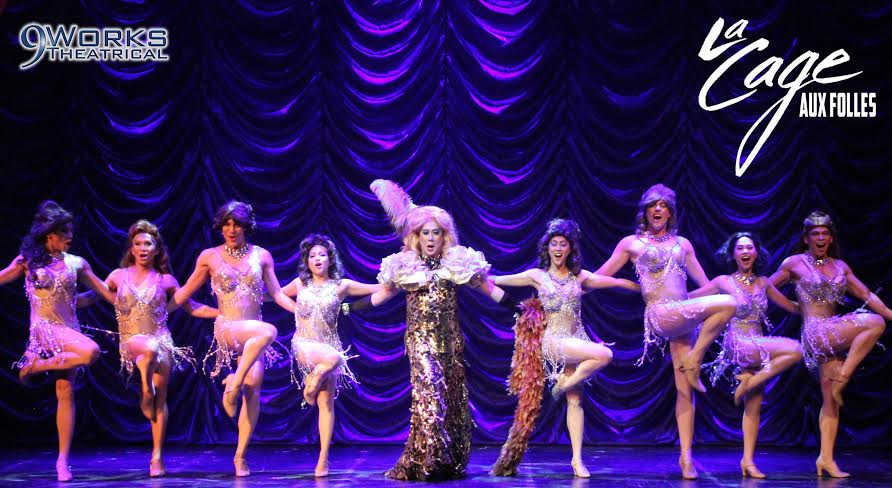 Audie Gemora and Michael de Mesa reprise their roles as Albin and Georges, respectively, in this fun, frivolous romp through the streets of Saint Tropez and the French Riviera.

Based on the 1973 French play by Jean Poiret, also the inspiration behind the Robin Williams’ starrer “Birdcage,” “La Cage aux Folles” was a musical that Manila audiences wholeheartedly embraced and called their own.

It featured tap-dancing, energetic musical numbers like “We Are What We Are,” “The Best Of Times” and the anthemic “I Am What I Am,” and breathtaking costume changes courtesy of scenographer Mio Infante, Twinkle Zamora for costume execution, and members of the Fashion Designers Association of the Philippines.

“For those who have seen and enjoyed the show, this is one musical you may want to consider watching again before it gets restaged after another 20 years,” says 9 Works executive producer Santi Santamaria.