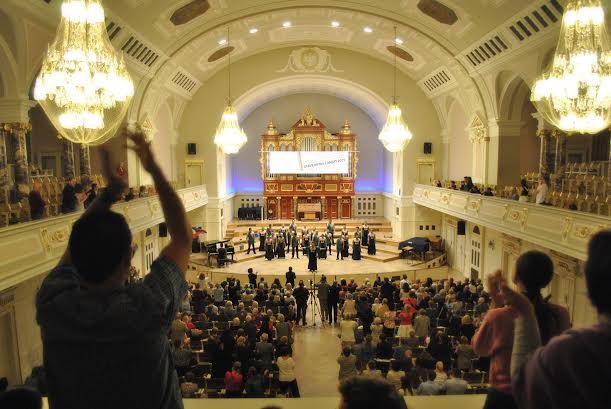 UP CONCERT Chorus conducted by Jai Sabas-Aracama in Krakow

UPCC was the only Asian choir in the festival, which had 24 choirs from 10 countries competing.

For winning the Grand Prize, the choir received the statuette Golden Polyhymnia (Muse of Choral Art) and cash.

Earlier, UPCC had received the top prize in the Adult Mixed Chorus category, besting nine other choirs—two each from Norway, Sweden and Finland; and one each from Hungary, Czech Republic and Estonia.

UPCC also got 2nd Prize in the Folk, Popular and Gospel Music category.

UPCC was established in 1962, during the incumbency of UP president Carlos P. Romulo. Its members come from students and alumni from the different colleges of the state university