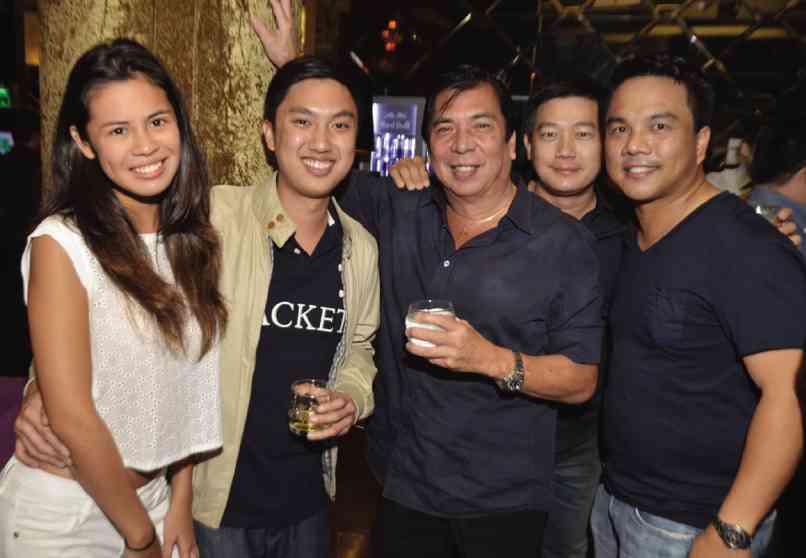 Grand reunion of denizens of premier party places across the decades

It was a dream happening that became a reality. Privé Luxury Club opened its doors to the reunion of denizens of some of the most revered and famous clubs and bars in the city, run by the one and only king of the nightlife, Louie Ysmael.

Louie Y’s party at Privé was a celebration that paid homage in particular to yesteryears’ most celebrated nightspots, such as Stargazer, Venezia, V Bar, Euphoria, Members Only and Opus.

Each of them set the bar for satisfyingly good nightlife in their heyday. Each became the ideal place for Manille’s elite to unwind, socialize and enjoy. Each catered to the country’s most beautiful, most accomplished, most celebrated society figures and celebrities.

But more than anything else, these clubs became like a home to the chic patrons who frequented them, at a time when everyone just knew one another and would dance the night away to some of the most memorable songs of the period.

When people received an invite to any of these clubs—for an anniversary or a one-of-a-kind happening—they would drop everything since no one would like to be left out of the momentous event.

After all, the guest list was very exclusive, dahlings.

The new generation of club owners were there, too, such as Erik Cua and GP Reyes, palangga.

Sison started off with the classic hits you’d hear in Louie Y’s original clubs. Sison later offered a toast to the man of the hour, Louie Y.

The party continued with Almazan on the decks; he made the crowd dance to the hits of the 1980s—inducing an earthshaking rush as guests who were in their prime in those years and today’s partygoers flocked to the dance floor.

Then a quick auditory shift came with Genterone taking the crowd through more years of music evolution. His set was such a hit that one woman said, “I feel naughty and single again tonight.”

Meanwhile, her husband was also swinging on the dance floor with a gorgeous-looking guest. “No jealousy tonight, Maurice, only fun, fun, fun,” she said.

Monreal brought the party to the final leg of the journey by playing contemporary music. Louie Y himself and the guests found themselves back in the present but looking forward to the future.

But if history teaches us something, it is that Manille’s nightlife tends to repeat itself. That’s good news for all party animals of the past, present and future.

Even if 40 years have passed, the pioneering spirit of Louie Ysmael remains in such current establishments as 71 Gramercy, Valkyrie Nightclub and Palace Pool Club.

Watching everyone having a grand time, Louie told me: “The universe is my club.”