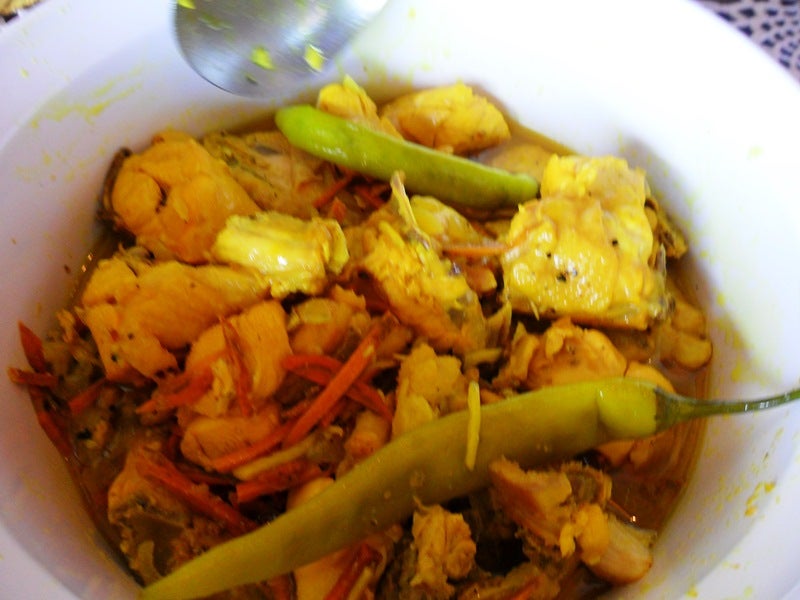 We have made several visits to Taal, Batangas, over a span of 20 years. Each visit has shown us remarkable positive changes.

The first time we saw Taal, it was not much different from what it looks like today—but with huge heritage houses in a state of disrepair or just boarded up as we looked for places to shoot for a regional culinary book, “Philippine Cuisine, a Country’s Heritage” (Monterey Corp., 1995).

We were served food cooked in the home of the Montenegros, where a traditional stone kalan (stove) was still in use.

The house, which had Eastern windows made of capiz, faced the Basilica of St. Martin de Tours, touted as the largest Catholic church in Asia, but which was at the time badly in need of renovation.

The house served as our bed and breakfast, and we giggled at how we slept with the icons of saints that evening.

Dindo Montenegro was our guide to the sites that remain to this day: Our Lady of Caysasay chapel and the miraculous waters from the nearby well; a home industry where panocha (or peanuts embedded in discs of brown sugar) was made; and a refreshing stopover for halo-halo under a huge tree.

In the afternoon he brought us to the town’s cockpit where tinindag (barbecue made red with achuete) was sold. We think it’s the country best pork barbecue that includes heart, spleen and ears.

It was Dindo’s mother, Ka Ely, who cooked for us not only Taal food but also other dishes from Batangas province.

There was humba, Taal’s paksiw na pata—front pork trotters braised with vinegar, water and all its flavorings.

Ka Ely skewered some salted tawilis (sardines) from Taal Lake, and then grilled them. When a Manila guest asked her for the recipe, Ka Ely just looked at her, puzzled that the question should even be asked.

Adobo sa dilaw, Dindo said, is distinctly Taaleño, chicken cooked in dilaw, or turmeric. And there’s bulanglang, vegetables freshly picked from the Montenegro backyard (along with kibal, or short string beans, eggplant, squash) flavored by ginger, salt, calamansi juice and Balayan bagoong (fish paste) that came out sweetish because of the vegetables’ freshness.

Our next visit was 13 years later for a magazine feature. The town had become more active in trying to draw visitors to try the food inside a heritage house. Casa Punzalan had been converted into a pensione, operated by Taal Heritage Foundation.

As the foundation’s members posed for photos, Dindo, who was again our guide, introduced them as pagirpir, a naughty Batangueño word which we surmised meant “nightclub hostess,” but which sent the ladies laughing.

Four years ago our destination was Villa Tortuga, a house rented and remodeled by Lito Perez.

Guests could have their pictures taken dressed in baro’t saya and barong Tagalog.

By then, more heritage houses had been refurbished, brought back to their old glory.

Marcela Agoncillo’s home had become a museum, the Galleria Taal likewise made into a vintage camera museum, and the residence of Eulalio Villavicencio and Gliceria Marella y Legaspi—the house a gift of husband to wife, now beautifully restored with wood floors, painted walls, antique design tiles, tin ceiling with stamped panels and family treasures on display.

Our latest visit was last June. Taal is now branded a “heritage town,” and many more houses have been restored or remodeled.

The bust that greets guests is that of Marcela Agoncillo, a good find by Villar whose other treasures are displayed in glass cabinets.

The dishes we savored were Taal’s tapang baboy, callos (in which the paired berenjena, or eggplant, is not the traditional salad but one that is fried), and the galantina (stuffed chicken) that had salsa monja (Spanish sauce of shallots, olives and torn bread pieces with olive oil) on the side instead of gravy.

The Goco house which got us curious years ago has now opened its doors to guests by appointment. Pio Goco has given himself the assignment of offering Taal cooking and serving as a guide to the town’s religious and historical sites.

His great grandparents, Juan Cabrera Goco and Lorenza Deomampo, built the house with its unusual curved corners. For dinner, the table was set—decorated with a crocheted cover done by Goco’s aunts.

Town cook Reggie Agoncillo served adobo sa dilaw and tapang baboy for lunch. She also made what Goco called sopas a la pobre, or bulalo soup without the meat, but containing miswa and speckled with malunggay leaves. But what excited us was taghilaw, made of pork innards, including the brain, then cooked like kilawin.

Breakfast in the market

But one can have good food, too, by visiting the market—which has an evening schedule in which tables are casually set and home cooks do good business by giving a taste of the town’s cuisine.

Or one can rise early in the morning to try Vico’s Pancit for breakfast, served inside cone-shaped containers called balisungsung. Owner Vangie Pasumbal also makes tamales, packets of steamed rice with the spicy sauce, which is gone by 10 a.m.

The suman (cylindrical rice cakes) tastes of very good malagkit (sticky rice), not too sweet. When we brought some home, 10 pieces were gone in 10 minutes.

Bong and Weng’s carinderia, meanwhile, offers the town’s best empanada (chicken, vegetarian, pork turnovers), with many hands employed to fill the orders of townspeople and guests like us.

But don’t miss the tinindag at one side of the market, great for perking up those taste buds before the next meal.

And if you feel the need to stay overnight, consider Paradores del Castillo, a bed and breakfast with only seven rooms in an old house that retains its best antique features but with modern amenities.

Too bad you can’t sleep with the saints, as we did ages ago in an early version of Taal B&B.