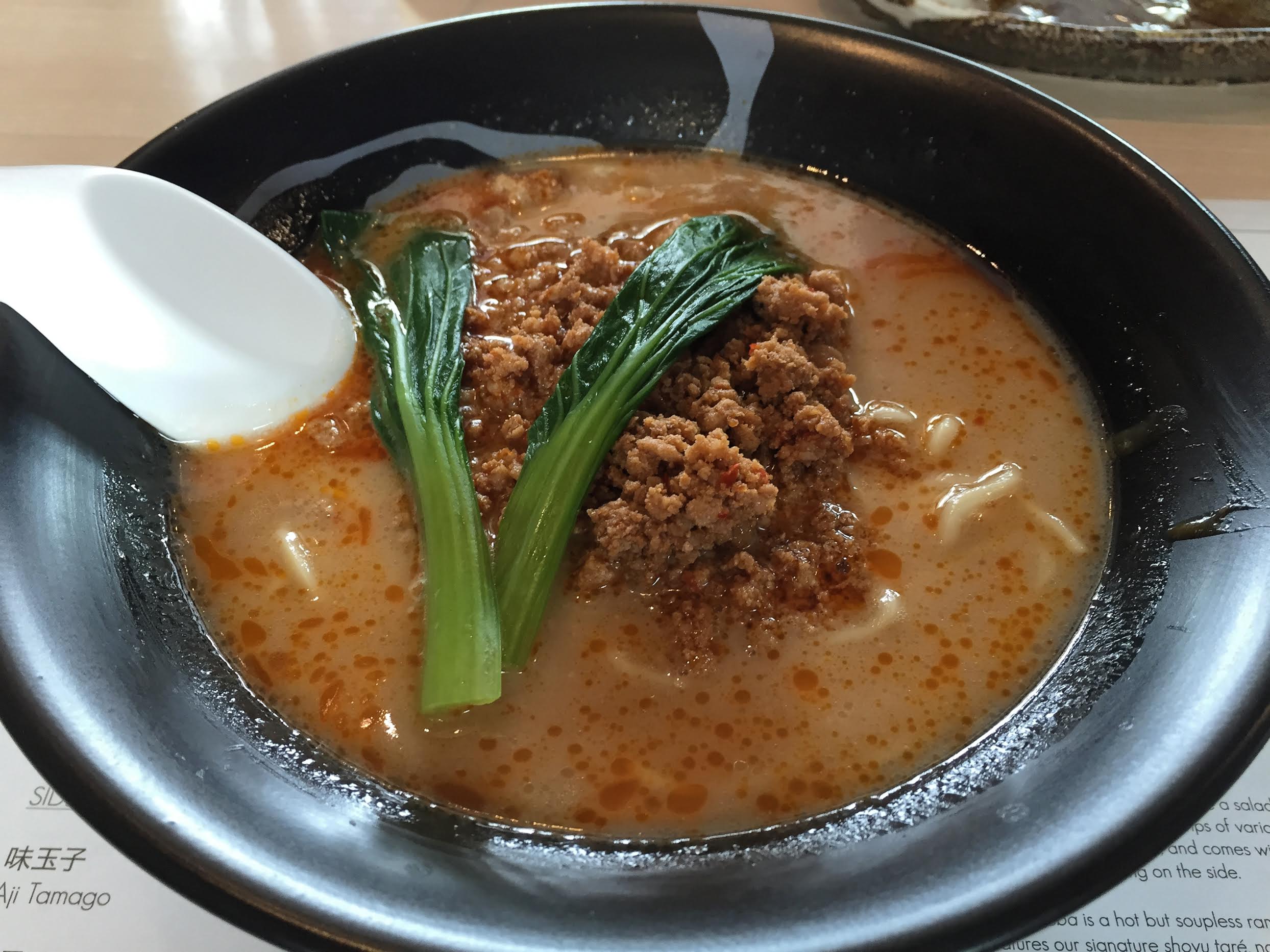 Take photos quickly so the noodles don’t get cold

Dining out shouldn’t be constrained by rules, but apparently some regulations have become necessary.

The seemingly draconian regulation reignited the debate; many high-end restaurants have long discouraged it, but few have made it a hard-and-fast rule.

The argument in favor of letting us diners take pictures of our food is easy to articulate. We’re paying for the food, we aren’t hurting anyone or invading anyone’s privacy, and the restaurant will get free publicity for those photos, so why should management complain?

Unless the camera is using studio flash strobes and a softbox and reflectors, we don’t think the act is distracting.

The case against taking pictures of food in restaurants is more difficult to make, which is why many chefs rely on not very convincing arguments, such as annoying other diners or letting the food get cold, both of which may be valid concerns but can’t possibly be the pivotal point of contention.

People in animated discussion often ignore their food until a suitable lull in the conversation, and these didn’t result in similarly strict resolutions.

At heart the argument seems to stem from a reactionary viewpoint that food must be respected and appreciated mainly by eating it, rather than taking pictures and posting them on social media.

In the end, though, although the food is the customer’s, the place is the owner’s and he can lay down his own rules.

Having intractable rules can infinitely diminish a restaurant’s appeal, especially in this age of supposed egalitarianism. In most cases, rules are less effective than people simply exhibiting common sense, basic respect and simple decency.

Well, the first thing you notice at Ramen Yushoken in Alabang are its rules. Takeaway food is not allowed; no doggie bags for your leftovers.

There are no regular spoons and forks, only chopsticks and Japanese soup spoons. (The chopsticks for children have been tied together with rubber bands.)

The menu placemats contain a note to get picture-taking over quickly, so that the noodles don’t get cold.

At first we bristled at being greeted with such prohibitions even before we could place our orders. The thing is, when you buy a pillow, you aren’t sternly admonished not to smother your children with it, because it should be obvious that that’s not what you’re meant to do.

It should also be obvious, for instance, that you can’t take away a bowl of Japanese ramen noodles as you can’t take away a sizzling Pepper Lunch, but then, apparently, people do the latter. But if rules are necessary to make it clear to the clientele that a bowl of Japanese ramen shouldn’t be packed away in plastic container and eaten when the noodles have absorbed soup and become soft and swollen, then such reminders have served their purpose.

After all, if there is an epidemic of people setting their hair on fire upon entering a movie theater, then there should be a rule banning it, along with video-recording the movie itself or throwing popcorn on the ground.

As for the ramen at Yushoken, the quality was excellent. In the past, when given a choice between al dente or soft noodles, we have always timidly opted for the latter; but now we see what we’ve been missing out on.

The broth was thick, perhaps overly so for those accustomed to lighter versions, but it was unctuous from dissolved collagen and not from added potato starch, which some other ramen houses have a bad habit of nipping a bit in.

We ordered a bowl of the spicy Tantanmen noodles, but eventually preferred the more subtle complexity of the Miso noodles, and ended up finishing my wife’s bowl while she and my daughter ordered several plates of gyoza.

Yushoken’s gyoza has a well-deserved reputation for being the best in town. There was a line outside the door past 2 p.m. on a Saturday, so the place evidently has a good following.

Although the Japanese have raised the bowl of ramen and its stock to an art form, especially the long-simmered bone stock known as tonkotsu, it is the Americans who have fetishized it and attributed all sorts of mystical lore to what is essentially a casual food—and we mean this in the best way possible.

For instance, the Internet says that you’ve not been eating ramen properly your entire life if you don’t slurp the noodles. Slurping the noodles is fine, because it aerates the broth as it enters your mouth and lightens it, and helps you savor everything. But if you don’t slurp it, the chef is not going to commit seppuku in a corner.

In a sense, rules don’t bother me too much; we don’t feel bullied by them. And as a former restaurant owner, we respect a chef who stands up to customers, who can be terrible bullies sometimes, either enlisting the backup of public officials (many will recall the infamy of Makati’s Ukkokei shutdown a few years ago) or the aid of food bloggers and review sites.

If you’ve been put off by rumors about Yushoken’s dining rules, you’re depriving yourself of one of the best bowls of noodles around.