A first–Bacolod shows off the region’s fashion | Lifestyle.INQ ❮ ❯ 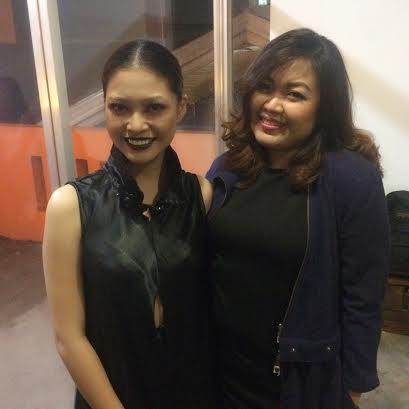 A first–Bacolod shows off the region’s fashion

After Cebu and Davao, Bacolod could be the country’s next regional fashion hub as high fashion continues to flourish beyond Manila.

Candelario and Salcedo are from Iloilo, while Belediano, who recently moved to Manila, is a native of Silay, Negros Occidental.

Rufo opened the series with a 20-piece collection of pastel and neon-colored dresses made of neoprene, lace and tie-dye fabric. A few were partially beaded with Swarovski crystals.

Drawing inspiration from Versailles’ “secret garden,” he had pieces that showcased his skill in cutting and his eye for color.

He paid homage to the ’80s with dresses with tiered  skirts and sleeves.

This protégé of Frederick Peralta hopes to “educate and help expand fashion” in Western Visayas.

He pushed the envelope by producing red and black see-through dresses with      strategically placed beadwork.

“I made sure that the fit and placement of embellishments were right because I didn’t use nude lining,” he said.

Arcita showed men’s ensembles. The street- and club-wear designer used layering and juxtaposition of textures, prints and materials such as tweed, brocade and microfiber.

While patchwork dominated Arcita’s Spring-Summer line, zippers and buttons adorned his Fall-Winter pieces. He also did a pair of men’s shorts that doubled as skirts.

“I always have a take-it-or-leave-it approach in fashion,” said Arcita. “What you see is what you get. If you don’t like my designs, you’re probably not my market.”

“To make the series of shows more interesting, we came up with a diverse lineup,” said Pedrosa, makeup artist and president of Nouveau.

SXY is designed and curated by LA Ferriols and Mia Crespo of Manila, while Get Spotted consists of printed dresses  from Thailand.

“Unlike in Manila, many people in Bacolod are still quite conservative when it comes to fashion,” said Curbilla, a part-time model, stylist and COO of Nouveau. “Some are even embarrassed to wear certain articles of clothing. This shouldn’t be the case because fashion is all about self-expression.”

“I’ve always been drawn to tailoring and androgynous fashion,” said Salcedo. “They’re my comfort zones. My statement this time combines androgyny and glamour.”

Like most of his colleagues in the region, Salcedo flies to Manila regularly to source materials.

“Despite spending for the  fare and cargo, I still end up saving whenever I buy fabrics by the bulk in Manila,” said Salcedo. “Sourcing for materials is one of the challenges provincial designers have to deal with.”

Crespo and Ferriols, who met while studying fashion in New York, initially created a “luxe” line of swimwear and willowy resort dresses and overlays for themselves.

“We wanted something in between high fashion and RTW, but we couldn’t find pieces that suited us,” said Ferriols. “We ended up making them ourselves.”

SXY’s line of spandex swimwear and stretch spaghetti-strapped and off-shoulder tops and dresses was born.

For the Bacolod event, Lasala dusted off the 15-piece collection of long and short fitted dresses and jumpsuits made of tulle, duchess satin and sequined fabric he showed several weeks ago in Manila.

“Many women from the provinces don’t have access to designer clothes because most of the seasoned designers are already in big cities like Manila,” said Lasala. “I want to expand my business by bringing it to the provinces. It’s also a chance  to educate people about what high fashion is all about.”

Lasala’s collection of bright, jewel-toned and pastel dresses was a foil to the evening’s finale: Belediano’s all-black collection of men’s “unisex” skirts, and women’s separates, tent and shift dresses.

Channeling Alexander McQueen, Belediano, a former call-center agent, styled his models with black neckpieces, horns and spines. Even some of the platform shoes had pointy protrusions.

“Actually, I was just supposed to do the neckpieces,” said the newbie designer. “Since we were short on featured talents, I was prevailed upon to do the clothes as well. I would have wanted to have more time to focus on my first collection, but it turned out better than I expected.”

Belediano, who’s partial to “androgynous” clothes, chose black because it “symbolizes the struggles” he underwent even before he became a designer.

“No matter how bleak life sometimes is, like black, it can be beautiful,” he said.

In  pop-up stores organizers set up near the venue, the event’s  designers were able to sell their clothes.

“It’s too early to tell if these shows are the start of something big,” said Pedrosa, “but we have already lined up a series of capsule shows featuring one or two designers per month.”