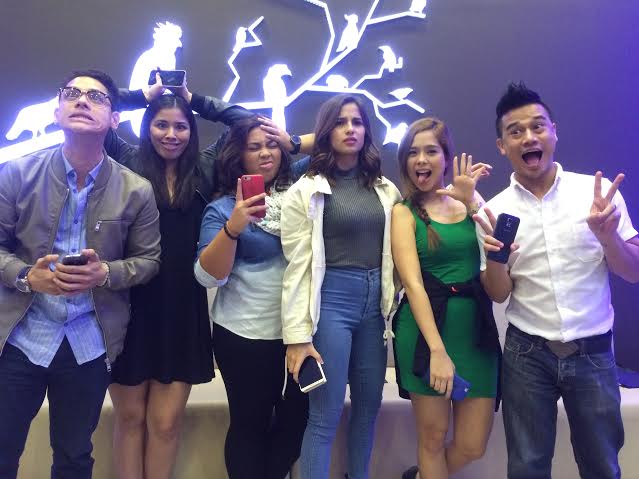 By dictionary definition, a “millennial” is a “person born in the 1980s or 1990s.” That’s basically anyone in their puberty to mid-30s.

But by common perception, a millennial can be anywhere between a hipster and a sapiosexual selfie addict.

The Sandbox Collective aims to explains the “millennial” through the production “No Filter: Let’s Talk About Me,” a monologue that gives voice to the millennials, and pokes fun at them while also addressing stereotypes. It runs six shows from July 25 to Aug. 1, at the Carlos P. Romulo Auditorium in RCBC Plaza, Makati City.

Director Toff de Venecia has long been thinking of a project that would “demystify” the millennials who are “known for their excessiveness, bloated sense of entitlement and narcissism,” as he puts it. He and over 30 friends (among them head writers Wanggo Gallaga and Jam Pascual and creative consultant Raymond Ang) threw in their ideas and wrote about stuff from relationships and technology to careers, fears and sex.

It is a big collaboration, and De Venecia’s task was to collate these into a cohesive and honest monologue series, which eventually became “No Filter.” The title is derived from the popular and often overused Instagram hashtag #nofilter, which indicates that a photo hasn’t been retouched, and therefore special.

They recently gave sample readings at Piazza Privato in Privato Hotel, Pasig City, and talked about what it’s like to be a millennial.

For Smith, social media is a staple, but it can be stressful: “If I do a good deed, I don’t like posting about it online, but when I do, people would say I’m supporting an advocacy just for the sake of posting it. People are too quick to judge!”

Bacarro, a newlywed, says people often say she’s so vain and privileged, with all the fun and luxurious photos she posts in her blog.

“It’s part of the job! I post photos of my face because I endorse products, but I work for what I have, and most people fail to see that,” Bacarro says.

“No Filter” profiles the millennials you encounter daily, such as “the busy bee,” or the person who is so busy but always has time to tell you he is busy; the “sapiosexual,” or those who are turned on by intelligence; and the “gym dudes who have made a sport of posting photos of their bodies online,” as mentioned in the sample readings.

For millennials, growing up happens in front of the screen. They are tech-savvy and are often accused of being impersonal and know-it-all rebels.

But what about the hippies of the ’60s with all their free love and microminis? Or the spliff-smoking proponents of sex, drugs and rock and roll, who might just as well be the millennials’ parents?

“No Filter” aims to answer these questions and help millennials have a clearer understanding of themselves, and help others to understand them better—especially their parents.

De Venecia is a millennial himself, and comes from a political family. His dad, Jose de Venecia is former House speaker, while his mom Gina was also in Congress.

But instead of going into politics or delving into their family business, he is in theater, directing productions such as “Dani Girl” and “The Boy in the Bathroom,” two very poignant and well-received musicals.

“My parents watched the shows and they said, ‘It’s ok.’ When I told them about ‘No Filter,’ my dad asked, ‘Ano ba ’yang millennial na ’yan?’ I explained the project to them and they got it. He exclaimed, ‘Kaya ka pala ganyan!’”