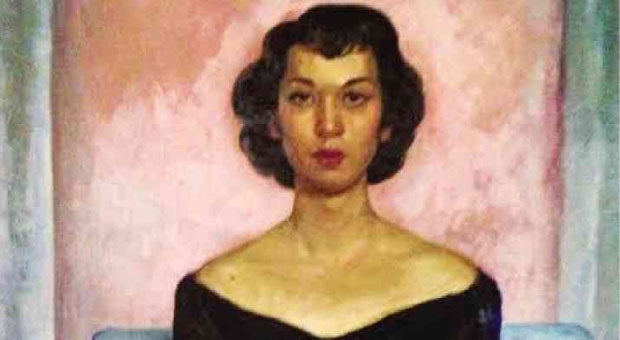 In high school, four decades before I became a senior citizen, I turned to three writers as models of good writing: Carmen Guerrero Nakpil, Kerima Polotan, and Gilda Cordero Fernando.

Being Bicolano, a country bumpkin, I was initially drawn to Polotan, whose accounts of her Albay youth I found so poignant.

I was fascinated with Fernando and her short stories, and after reading her “Visitation of the Gods,” I made fun of the demigods of Catanduanes in my first short stories.

When I was old enough to take history seriously, I turned to Nakpil, and that is why, starting in the 1960s, I read her weekly Sunday Times Magazine (STM) column, “Consensus of One,” quite religiously.

I didn’t stop until I found myself sharing an issue with Nakpil. I was gloating when, in 1971, STM published my first poem in the same issue as “Consensus of One.”

Imagine my surprise when I won my first Metro Manila Bureau of Internal Revenue Essay Writing Contest in the late ’60s, and discovered that, in the jury, was no less than Carmen Guerrero Nakpil!

After my first poem and first article were published in STM, I sought to see Nakpil in person upon getting my first writer’s fees in the cashier’s office on Florentino Torres St. in Sta. Cruz, Manila.

The typical probinsiyano that I was (and still am), I was content staring at her in the editorial office. After looking at her for some time, I quietly slipped out like a starstruck fan.

In the ’80s, I discovered that Nakpil loved music, and it was with a big delight that I saw her quite often at the Cultural Center of the Philippines, where I was then working as managing editor of an arts magazine. Since we were both drawn to music, before I knew it, she would be the frequent guest of honor in almost all my concert productions.

When she stopped going to concerts for health reasons, her daughter Gemma Cruz Araneta attended in her place.

A few years after the new millennium, I found myself a member of the Carmen Guerrero Nakpil (CGN) Group, which met every first and last Wednesday of the month.

I was not surprised by the extent of her following and the diversity of her friends: media persons, famous bureaucrats, military generals, artists and fans like myself.

If she introduced me to history without pain (and with a dose of humor), imagine my surprise when I found out she lived history.

After reading her autobiographical trilogy (“Myself, Elsewhere,” “Legends & Adventures,” and “Exeunt”), my admiration grew many times over.

From those books, I saw the writer as a human being and survivor and the many roles she played in her lifetime.

The trilogy is a goldmine of film material. Her life would make a ravishing period film, with her nostalgic account of life in Ermita before and after the war.

Born in 1922 to a distinguished family composed of painters and poets as well as scientists and doctors, Nakpil has lived her life to the full and has accepted her destiny and the many roles she played: war widow, single parent, reporter, editorial columnist, bon vivant, media celebrity, technocrat and international bureaucrat.

Her first marriage in 1942 was to an Ateneo graduate named Lt. Ismael Cruz, a grandson of Maria Rizal, sister of the country’s national hero José Rizal.

Her second marriage in 1950 was to architect and city planner Angel Nakpil, cousin of composer and patriot Juan Nakpil, son of Gregoria de Jesus, formerly married to Andres Bonifacio.

On the Guerrero side, she is the granddaughter of the country’s first licensed pharmacist, Leon Ma. Guerrero, younger brother of painter Lorenzo Guerrero, who was mentor to Juan Luna.

I am no longer surprised that Nakpil and her daughter Gemma are naturally drawn to music. CGN is a grandniece of bass baritone José Mossesgeld Santiago-Font, the first Filipino opera singer to land at La Scala di Milan.

Where she grew up, she recalls vividly in the first part of her trilogy, “Myself, Elsewhere.”

Here she paints a breathtaking recollection of a pre-war Ermita beach, where fishing boats deposited and disposed of the day’s catch and where people dropped everything to observe the 6 p.m. oracion (evening prayer) when the Angelus was prayed. I think this is still observed in my hometown in Catanduanes.

That pre-war idyll was shattered when she saw Japanese soldiers taking over Ermita. Her brother Leoni became a prisoner of war, and so did her would-be groom, Ismael Cruz.

At age 20 on August 29, 1942, Nakpil married her prisoner-of-war bridegroom whom she fondly called Toto, and started living with her in-laws on Gen. Luna St. in Paco, Manila.

In that household was her husband’s famous grandmother, Maria Rizal, favorite sister of the national hero.

Nakpil’s marital bliss was short-lived. Less than three years after that marriage, she lost almost everything in the war: her first husband, her home, all the family’s resources.

Her parents and her brother became destitute.

At age 22 she was a widow with two children to raise.

Nakpil’s second book in the trilogy, “Legends & Adventures,” focused on her post-World War II life as war widow, reporter, editorial columnist and Marcos official. Here she sums up another life as mother of the country’s first Miss International, Gemma Guererro Cruz, and the rise and fall of Marcos, among others.

Casually she tarried on the International Cancer Ball, where she danced with Hollywood actor Gregory Peck at the Manila Hilton.

With her last book, “Exeunt,” Nakpil confronts the inevitable: “I have come to the conclusion that old age is really just a form of slow death. That’s probably why people say that ‘the good die young.’ They die swiftly, in their prime. The other kind, ‘the poor sinners’ like me, hang on, unaware that the series of minute changes, difficulties, disappearances that occur with increasing regularity, a tooth missing, a bone breaking, a sudden ache, a mysterious weakening are really part of the inevitable final dissolution.”

But not before she takes pride in her grandsons who represent the new generation.

For now, Nakpil likes to call herself the condo-dweller in First World Makati. She is all alone most of the time, waiting for what she said fellow Catholics loved to invoke as “the hour of our death.”

As was the ritual, the gathering started with a tribute from a Rizalist in the group, Prof. José David Lapuz, who summed up CGN’s life as writer and historian.

While she is appreciative of the respect and the high regard with which she is held in the country, especially by this circle, I noticed that CGN is embarrassed by dinner speeches.

She turns 93 today, July 19, and she will spend the day with her family. But as she is wont to, she prefers everything low-key and very private.

A fan and friend of the family, painter and writer Marivic Rufino, recalls the last time she visited Nakpil which was just a few weeks back.

“She looks very youthful with her fair, clear complexion. No wrinkles and lines. No veins on her hands. Really amazing! She is always well-dressed and chic, with impeccable hair and light makeup,” says Rufino, who adds that Nakpil usually talks about history and is fond of sharing family vignettes.

“She remains sharp and witty and is apt to add some spicy comments. She is still planning to write a book but I’m not sure if she has done it. But most of all, she still has a great sense of humor. I usually greet her on her feast day, Nuestra Señora del Carmen, on July 16. I remember her birthday 20 years ago. She hosted a very nice luncheon with friends at the InterCon Hotel Skytop where I was then working as InterCon banquet manager. The big earthquake happened right after lunch,” Rufino recalls.

Two years ago, when Nakpil was around to join the CGN Group, we celebrated her birthday with a champagne toast.

As I made my awkward toast (the country bumpkin in me was hard to conceal), lines from her book reverberated in my mind, with her saying she had finally understood many things, both small and huge, fripperies and profundities.

“We Filipinos draw our endless patience, our good nature and our trust in God’s master plan from a simple unshakable faith,” says Nakpil.

From the life of Teresa of Ávila, she quotes: “Nada te turbe. Nada te espante. Let nothing disturb or frighten you. Everything passes. God never changes. Solo Dios basta. God alone suffices. No longer restless or fractured, rid at last of all strange gods, this very old heart withdraws into peace.”