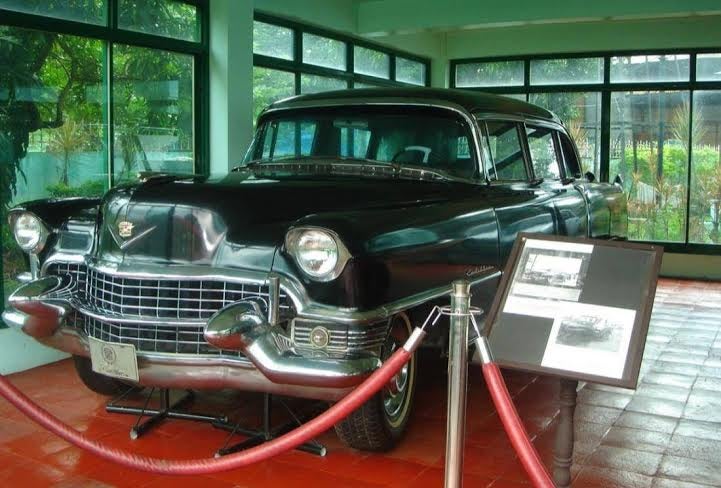 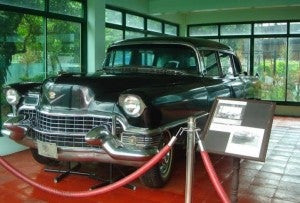 BANGKO Sentral ng Pilipinas (BSP) will build a structure for the Metropolitan (Met) Museum of Manila, which manages the art collection of the BSP.

The Met, which is in the BSP compound on Roxas Boulevard, will be moved to a new structure to be built beside the Philippine International Convention Center (PICC) in the Cultural Center of the Philippines (CCP) complex in Pasay City, according to Jaime Laya in an e-mail interview with Inquirer Lifestyle.

Laya sits in the board of trustees of the Met Museum and is a member of the BSP advisory committee on the acquisition of art objects. He is former Central Bank governor and chair of the National Commission for Culture and the Arts.

The existing building in the BSP complex is small, noted Laya, adding that much of the Met’s own collection is in storage so the BSP thought of building a new structure beside the PICC “as part of its master plan.”

Laya said the construction of the building would start in 2016 or 2017.

Social media has been abuzz with speculation that the Met Museum would be turned into a “presidential car museum” to showcase mostly vintage cars used by Philippine presidents starting from Emilio Aguinaldo and Manuel Quezon.

In truth, however, the speculation apparently arose after the BSP received a request from Chair Ma. Serena Diokno of the National Historical Commission of the Philippines (NHCP) that the presidential cars be housed in the Met Museum.

Social media pundits claimed that the art collections of the Met Museum would be displaced by the presidential cars.

It turned out, however, according to Laya, that “any transfer of presidential cars would take place only after the construction of the new building is completed for the BSP and the Metropolitan Museum collections.”

The presidential cars are now in the custody and control of the NHCP.

The NHCP collection includes the 1924 Packard of Aguinaldo, the first president of the Philippine Republic after Filipinos declared their independence from Spain in 1898; the   1937 Chrysler Airflow used by Commonwealth President Quezon; the 1947 Packard Series 180 limousine of José P. Laurel, the president during the Japanese Occupation; the 1940 Cadillac Fleetwood of Manuel A. Roxas; the 1953 Chrysler Imperial limousine of Elpidio Quirino; and the 1955 Cadillac of Ramon Magsaysay.

“I understand from the BSP they received a letter from Chairperson Ma. Serena Diokno of the National Historical Commission of the Philippines in late 2013 or early 2014 proposing that the Presidential automobiles now on exhibit at Quezon Memorial Circle be transferred to the present Metropolitan Museum Building,” Laya said.

“The letter was written after NHCP heard of the BSP’s plan to build a new [Met] museum building within the PICC complex,” Laya added.

He explained that the Met Museum “is focusing on Philippine contemporary art, building on its collection of paintings and sculptures of the ’80s to the present.”

He said that the new building would make the BSP collection more accessible and help make the PICC a truly unique institution.

“The PICC was built for international meetings and to remain at the top. I understand the BSP had been planning to build a large exhibition hall and otherwise upgrade PICC facilities,” said Laya.

“With the Cultural Center nearby specializing in the performing arts and the casinos, etc., for more worldly pursuits, an attached visual arts center would make PICC a premier convention site and give convention delegates a comprehensive view of Philippine history, life and culture,” said Laya, also a former education and culture minister.

Earlier reports that the Met Museum would be replaced by a presidential car museum had raised concerns about the fate of the Met’s own collection.

But Laya said the Met would have a bigger building to house both BSP and Met collections.

“The combined Met and BSP collections,” Laya said, “would offer a broad survey of the life and achievements of our people from the earliest times to the present.”

Met Museum president Tina Colayco confirmed the report as part of the “transitional possibilities” facing the Met when it vacates the BSP complex.

“A new museum would mean a significant step toward enriching the city’s cultural and artistic landscape, the way other cities like Singapore and Hong Kong are investing in art and culture as a way of showcasing different aspects of their country’s heritage, history and expression as a people,” she said.

“Such a project would require close consultations and planning among the BSP, the Met Museum, and partners from the government and private sector,” she added.

The setting up of the car museum was planned by the NHCP in 2013, according to documents obtained by the Inquirer.

That year, NHCP tapped the services of the Alfred Perez Motorworks Body Repair and Painting in restoring five presidential cars in preparation for the setting up of the museum.

The collection includes the Mercedez-Benz of President Fidel V. Ramos, which one document showed was also restored in 2013.

Some of these cars are on the NHCP grounds on T.M. Kalaw Street in Manila.

The Inquirer asked Diokno to comment but did not get a reply.