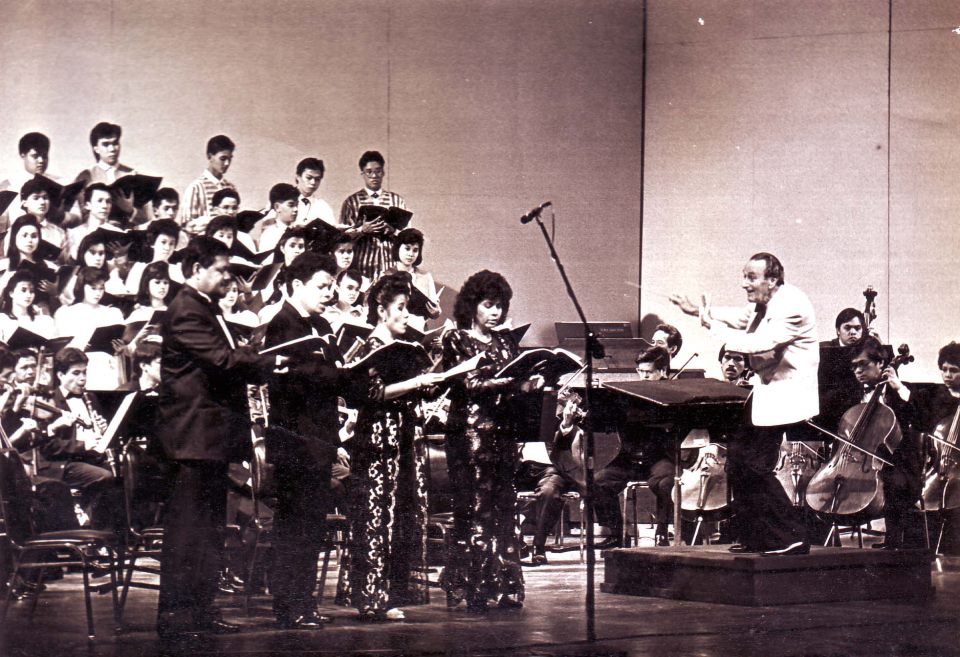 IN THE 1990s, I saw Chinese pianist Fou Ts’ong at the Metropolitan (Met) Theater of Manila. Fou was a close friend of pianist Martha Argerich, who had also performed at the Met.

I also saw several opera productions at the Met, such as “The Pearl Fishers” (with Eleanor Calbes, Frankie Aseniero and Gamaliel Viray); and “Mefistofele” (with bass Carlos Chausson in the title role, Francisco Aseniero as Faust and Jeanne Cook as Marguerite and Elena).

Entranced by Romanian diva Nelly Miricioiu (Grand Prize winner of the Maria Callas International Voice Competition) during her 1980 debut at the Cultural Center of the Philippines, I set out to work on her Manila Met appearance in 1984, after the diva’s triumphant debut at La Scala and Paris Opera.

As it turned out, Miricioiu’s Met debut eclipsed Caballe’s earlier Met recital, with critic Rosalinda L. Orosa describing the Romanian diva as a “gift from the gods” in a front-page review on the Philippine Daily Express.

Happily, all the Met concerts I saw—from Miricioiu to Rowena Arrieta, Cecile Licad and Antonio Meneses, William Wolfram and, my last at the Met, Jovianney Emmanuel Cruz—ended in standing ovations.

But, as always, with the lack of sponsorship hounding our good intentions, we hardly broke even and Tita Conching Sunico, Met executive director, knew this.

At the time, the Met and I were on the same financial footing: We got rave reviews but never got the revenues we expected.

I will always remember how Tita Conching helped keep the cultural landmark alive at all costs, even on her deathbed.

Tita Conching’s ties with the Met dates back to the 1940s, especially during the Japanese Occupation, when she was still a member of a group called the Volunteer Social Aid Committee (VSAC). Other VSAC members included former Sen. Helena Benitez, Nenita Barrios (Manzano), Trophy Ocampo and Pilar Campos.

During the war years, according to an earlier Met account by Nick Tiongson, VSAC ran a hospital for the wounded; organized a community kitchen for the hungry; and managed a secret-mail service for Manilans and their relatives imprisoned in Capas and Cabanatuan.

For me, the Met will always be the moment and the place where I was entranced by Caballe and Miricioiu; where I pacified an angry Lino Brocka; and where I got to work with Maestro Herbert Zipper, Tita Conching, Boy Abunda and Floy Quintos.

With the news that the National Commission for Culture and the Arts has acquired the Met and will rehabilitate it, I believe that there’s basis for my hope that the Met of enduring memories will reopen and thrive for good.