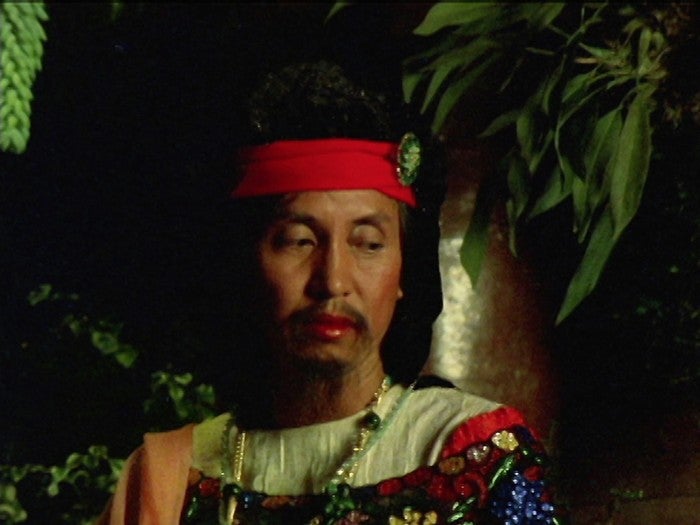 KIDLAT Tahimik’s “Balikbayan #1: Memories of Overdevelopment Redux III” will be the closing film of this year’s Cinema Rehiyon, which will be hosted by Cebu.

The film won the Caligari Film Prize in the 65th Berlin International Forum of New Cinema in Germany. It will be screened on Aug. 9 at SM City Cebu.

Tahimik’s film narrates the story of Enrique, Ferdinand Magellan’s Malay slave, suspected to be a Visayan. It was first filmed 35 years ago and went on to be intermittently shot across the decades by Kidlat, who plays Enrique.

Other actors in the film are the director’s family—Kawayan de Guia, Katrin de Guia and Kabunyan de Guia—as well as George Steinberg and Wig Tysmans.

“Balikbayan #1: Memories of Overdevelopment Redux III” supports the chronicle of Antonio Pigafetta that seems to show that Enrique was actually the first man to circumnavigate the globe.

Cinema Rehiyon, the flagship project of the National Commission for Culture and the Arts’ (NCCA) National Committee on Cinema, opens the festival with the 1970 Visayan film “Badlis sa Kinabuhi,” by actor-director Leroy Salvador.

Cebuano actors will grace the festival, including Gloria Sevilla; the “queen of Cebu movies,” Pilar Pilapil; and Undo Juizon, the first best child actor of the Film Academy of Movie Arts and Sciences (Famas) awards.

Cinema Rehiyon will give emphasis on movies about the aftermath of Supertyphoon “Yolanda,” such as T. M. Malones’s “Dapya sang Paglaum,” Charena Escala and Rowena Sanche’s documentary “Nick and Chai,” and Thomas Fitzgerald’s “Tigdao.”

Short films, particularly made by Cebuanos, will be part of the outreach screenings in different venues around Cebu. Rare works of National Artist for Film Lamberto Avellana will also be screened.

Now on its seventh year, Cinema Rehiyon takes the theme “At the Crossroads of the Seventh Art.” The festival runs Aug. 6-9 in different theaters of Cebu City.