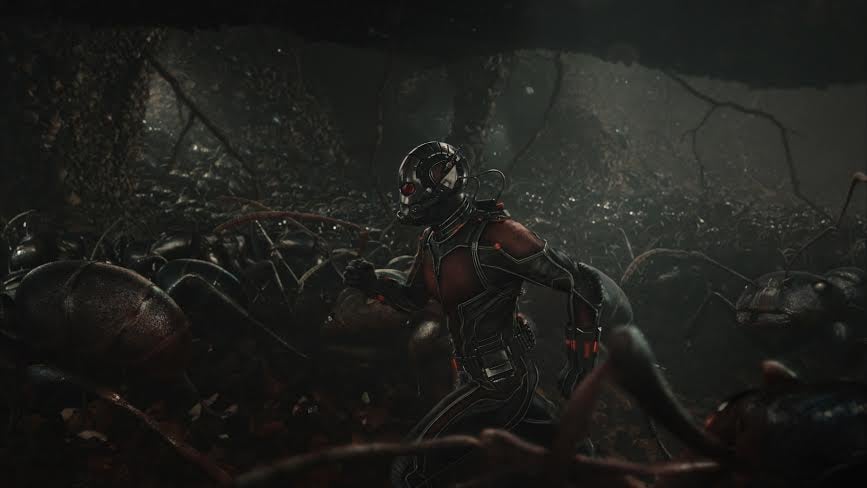 FOR THE first time, Marvel Studios brings to the big screen a founding member of the Avengers with “Ant-Man.”

Directed by Peyton Reed, “Ant-Man” stars Paul Rudd as the titular character and thief Scott Lang, who must aid his mentor Dr. Hank Pym (Michael Douglas) in safeguarding the mystery of the Ant-Man technology—which allows its user to decrease in size but increase in strength—from a new generation of towering threats.

Pym was considered the original Ant-Man after discovering a chemical substance—the Pym Particle—which allowed him to alter his size and possess superhuman strength. With the development of another of Pym’s technologies, Ant-Man also has the ability to control armies of ants.

Marvel comics first introduced Hank Pym in 1962 in “Tales to Astonish #27” and later Pym appeared alongside the Avengers in the team’s debut in “Avengers #1” in 1963.

Reed has always been a lifelong fan of Marvel comic books, so directing “Ant-Man” was a thrill for him.

“Ant-Man is interesting because he was one of the original Avengers, which a lot of people might not know.” said Reed. “I also like that there is a passing of the mantle from Hank Pym to Scott Lang that sets up a great mentor-pupil dynamic between the characters. That’s a classic Marvel Comics dynamic and something that we really haven’t seen in the Marvel Cinematic Universe so far.”

For Reed, the 2015 film incarnation of “Ant-Man” is one that will surprise audiences.

“Ant-Man is an incredibly powerful character,” said Reed. “He can shrink down to a very tiny size and actually command these armies of different types of ants which on the face of it may seem like a silly power, but the great thing about the comics and the great thing about this story is you get to see what kinds of things a bunch of ants can get done and in what interesting ways they can help Scott.”

Themes of fatherhood, mentorship and abandonment play a big part in the relationships of the lead characters in “Ant-Man.” With the film centering on Hank Pym and Scott Lang’s newfound partnership and relationship, the characters are grounded as they struggle with the everyday challenges of being mentorship.

“Ant-Man” is now showing in theaters.