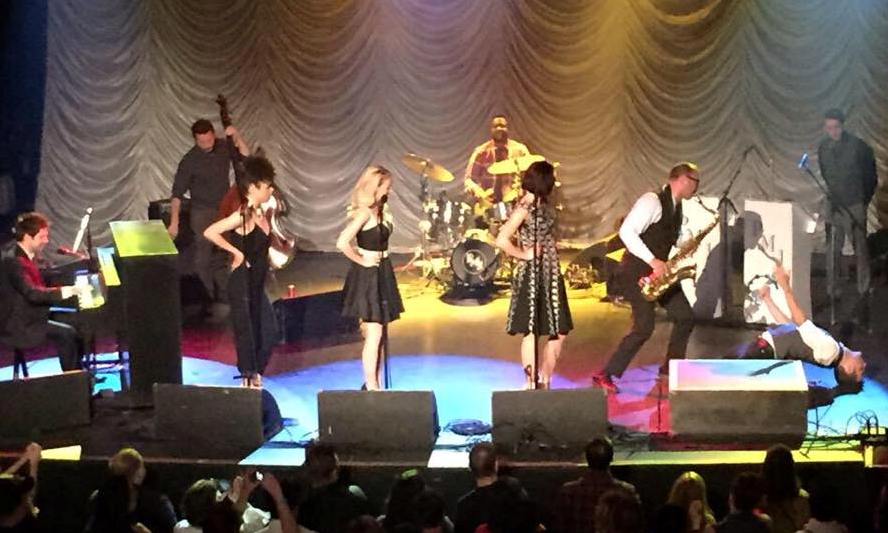 Pop hits with a twist: Postmodern Jukebox to perform Sept. 18 at the Big Dome

The musically appreciative Filipino audience will be in for a wonderful surprise when Postmodern Jukebox (PMJ) performs on Sept. 18 at Smart Araneta Coliseum.

PMJ is a rotating group of performers created by arranger-pianist Scott Bradlee, who was discovered on YouTube by English author Neil Gaiman in 2009. Bradlee’s video of a ragtime medley of ’80s pop hits went viral after Gaiman posted it on Twitter.

Bradlee and PMJ started gaining an online fan base with subsequent videos of pop hits with a twist: a New Orleans-flavored take on Guns N’ Roses’ “Sweet Child o’ Mine,” over 4 million views; “grandpa style” version of Macklemore and Ryan Lewis’ “Thrift Shop,” 7 million views; and a ’50s rendition of Miley Cyrus’ “We Can’t Stop,” 13 million views; and dozens more.

PMJ has likewise recorded six albums, all of which landed in the Top 5 of Billboard’s Jazz Albums chart.

The group is currently on tour and the act is described as “a variety show with multiple singers, an MC, a tap dancer, and so much more. It’s an extravaganza.”