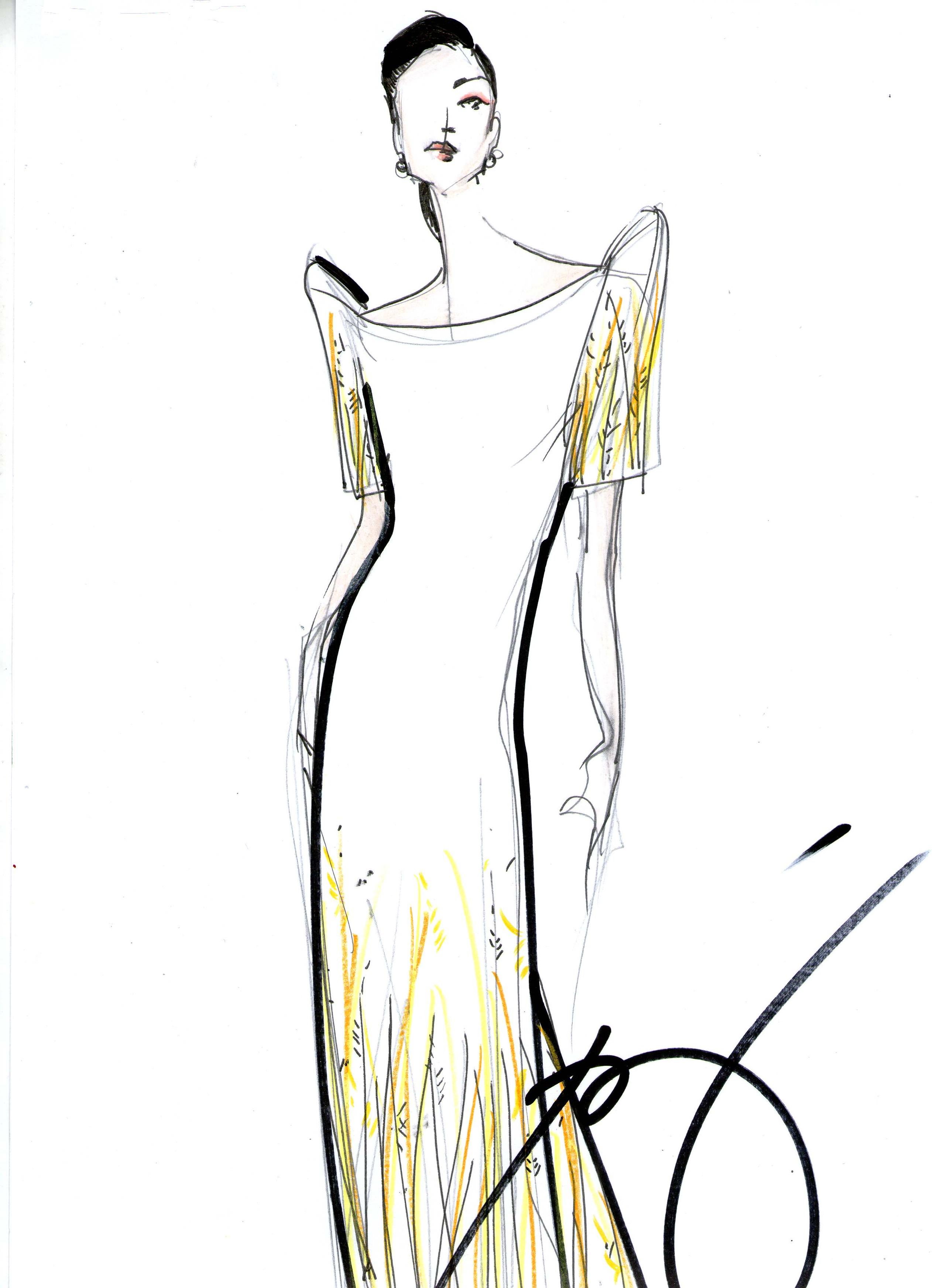 Nancy Binay, ever loyal to friend, to wear Randy O

After Sen. Nancy Binay experienced what can only be described as a red-carpet nightmare at last year’s State of the Nation Address (Sona), you would think she’d be dropping designer Randy Ortiz.

After all, Filipinos have long forgotten what the President said in his speech, but many still snigger at the memory of the senator in that unfortunate dress.

Senator Binay, however, has demonstrated her loyalty and confidence in Ortiz by tapping him once again to design her dress for Monday’s Sona. (As of presstime, designer and client had yet to discuss and finalize the dress.)

Ortiz, who was mercilessly heckled last year, said his goal is not to play safe, despite what happened, though he’s “a little more careful.” That means that—you can count on it—there will be no “hot-air balloon dress” from this designer this time.

Sounding upbeat when he spoke to this writer, the designer said he had a lot of “loyalists” for whom he’s making dresses for the President’s last Sona.

“It’s heartwarming,” Ortiz said, “and that’s more than enough for me.”

And it seems loyalty is the running subtext of the VIPs’ sartorial choices in the Sona this year, with many notables at the annual affair sticking to their tried-and-tested designers.

For instance, there’s Sen. Grace Poe, whose immediate future in Malacañang may still be up in the air, but has a clear and definitive style choice: she went to Rajo Laurel, who also dressed her in 2013.

As sure as Rep. Lucy Torres-Gomez will don a   Randy Ortiz—that’s if the congresswoman, who’s in Switzerland, will make it back on time, says the designer who made Gomez’s dresses for the last five Sonas—we’re also betting Sen. Pia Cayetano will go for a Mia Urquico, her consistent annual choice.

Laurel, who’s designing the outfits of at least 17 VIPs and guests, is also the choice of Cavite Rep. Lani Mercado and Tootsy Angara, wife of Sen. Sonny Angara—two of his frequent Sona clients.

Sen. Loren Legarda, a Sona red-carpet favorite, is once again expected to showcase her distinct style, which typically marries indigenous elements and Philippine-made accessories with something new and modern.

The senator, who texted from the French capital where she’s attending a climate change conference, said she has yet to decide what to wear for the joint session on Monday, “but definitely, it will be Filipino, meaningful, with a cultural and political statement.” Last year, she wore a full-on indigenous Mandaya costume.

According to Laurel, Poe will wear a terno featuring a sabrina neckline and a sheath silhouette in a silk crepe material. The gown will be accented with a handpainted palay motif with yellow and gold beading.

Like Binay’s, the design for Gomez’s terno is not yet final, but Ortiz said it will be white and understated, perhaps with embroidery, an element the designer is known for.

Aseron made a chiffon terno with laser-cut petals on the bodice for the younger Binay sister. The designer opted for a nude shade with a tinge of pink to complement the skin tone of his dusky client.

Santiago also went for off-white neoprene for  Lagdameo. Ease of wear was a design consideration, with the armholes of the butterfly sleeves hanging loosely and the bodice cut without definition on the waistline. One sleeve is accented with a rose design made of circular cut fabrics.

Crisostomo, meanwhile, made an airy chiffon mestiza dress with lace appliqués and crystals for his client. The dress is in yellow, a nod to the President. Instead of the usual yellow-and-black combo, he opted to use white for a lighter feel. Comfort is also key, said the designer, as Aquino, a new mom, will be wearing the dress the whole day.

He also made a matching outfit for the Aquinos’ baby girl as the young family plans to take a formal portrait.

Another young senator’s wife, Tootsy Angara, collaborated with Laurel on her modern boxy terno top featuring the designer’s signature petite sleeve, in pale dove-gray and blush metallic brocade with a full skirt. The bodice has a mesh sheer overlay, enhanced with dove-gray guipure and Chantilly lace with pale pink crystals.

“I love the idea of separates, as it makes the ensemble more practical,” Laurel said.

Meanwhile, Laurel repurposed Mercado’s terno from an old wedding-sponsor gown. The lilac chiffon dress features an embroidered sleeve and bodice with a floral motif in plums, purples and deep greens.

Lloren’s dress for Marcos was inspired by the “Cities of the Past” series of National Artist Arturo Luz, in red and black silk dupioni. He used pearl beads for the cityscape beadwork.

Meanwhile, young designer Martin Bautista made a salmon-pink number with butterfly-sleeves top and a column cut skirt with side slit in double-faced crepe for Nina Aquino Abellada, a niece of the President.