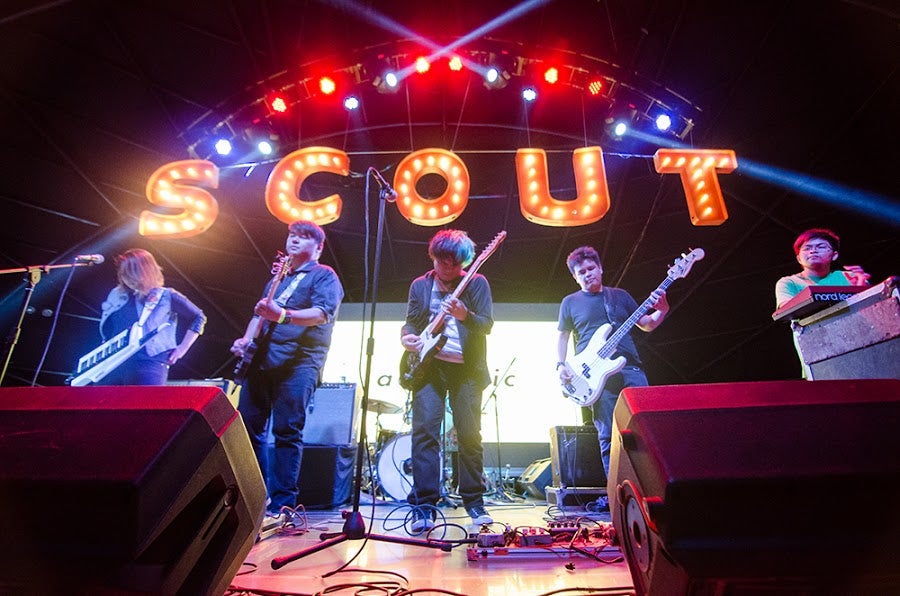 Scout party brings the house down

Guests were enticed to the party with free admission, beer, magazine copies and a great lineup of bands and DJs. The bed broke, the unicorn piñata blew up the Internet, and no one could move a few inches without having to push through the crowd.

The crowd went wild over performances by Rabble Duke, CRWN, tide/edit, Autotelic, Tarsius, Ang Bandang Shirley, Ourselves the Elves, Cheats, Jensen and the Flips, Chocolate Grass, Oh, Flamingo!, Moonwlk, and Tandems ’91, who all gave life to the main stage.

What’s a house party without games? Scout had air hockey, foosball and an Xbox set up for the partygoers. Friends competed over NBA2K, had their own gig over Guitar Freaks, and showed off their moves with Dance Central.

Mossimo had a couch at the lounge, and ’90s cartoons were projected on the screen beside it. Pony, the clothing brand, had a frat room setup and a beer pong contest. GTW by SM had a walk-in closet where girls could try on their clothes and take selfies. UCC prepared a special drink called Jack Scout for those who wanted to have a drink other than the free beer.