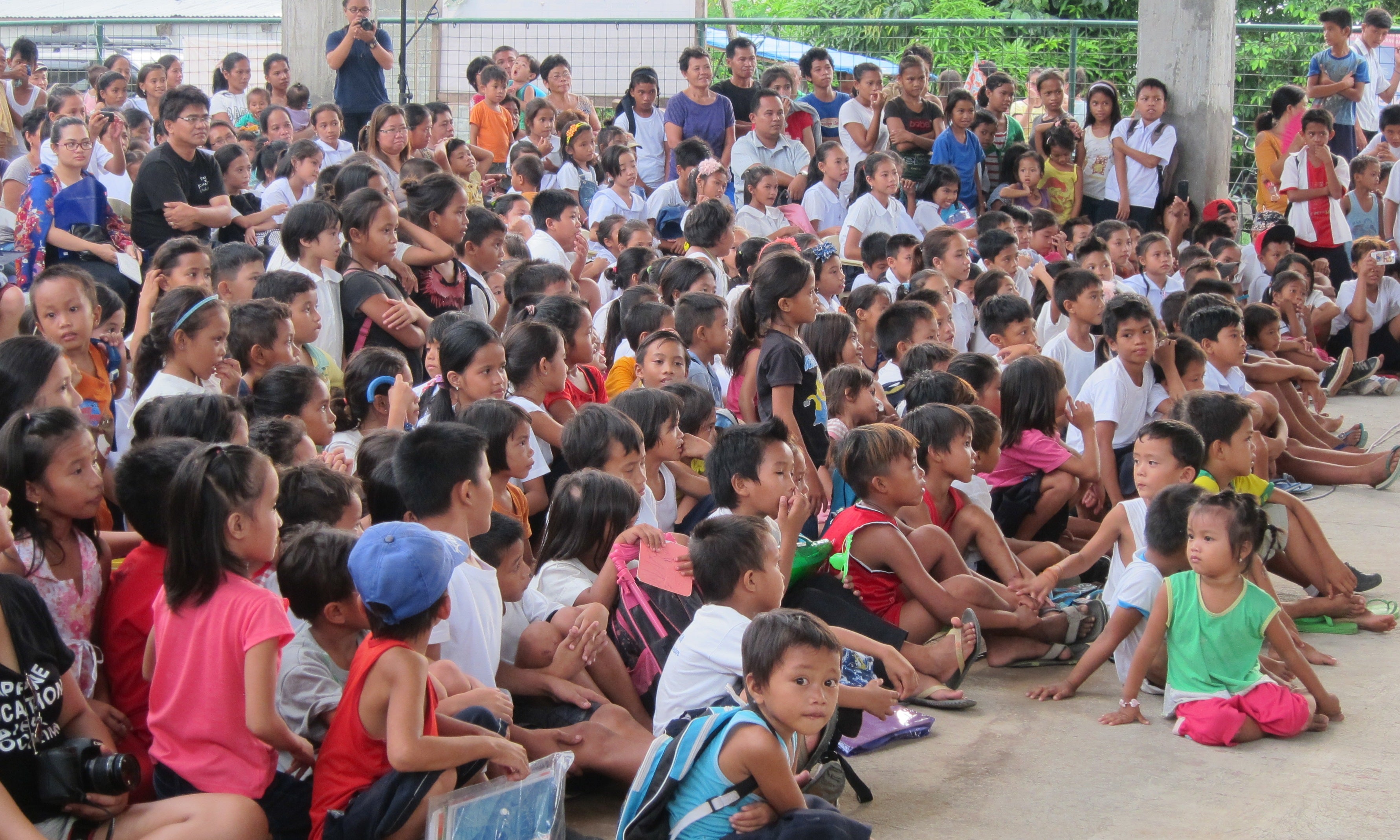 In the Tacloban City memorial park and mass grave for victims of Supertyphoon “Yolanda,” one could step off the paver walkway to reach a small chapel and an adjacent spot—where a large but elegant slab of marble etched with names of the departed has been placed.

The view was different some time ago. Patches of earth were swollen due to the scale of what had been interred—a grim reminder of the many lives lost in the aftermath of the 2013 calamity.

The intensity with which Yolanda battered Tacloban and other parts of Leyte province, plus the fact that those areas often face severe weather, made it crucial for recovery efforts to go beyond rebuilding structures and facilities.

Survivors needed to heal and rebuild their lives, but they also had to assess what they could do for the community and how everyone could work as a unit—should another disaster occur. They needed to learn what resources would be available to them locally as well as the area’s possible risks and hazards.

Launched in September last year, “Lingap Sining” (Nurturing Hearts through the Arts), an initiative by the Philippine Educational Theater Association (Peta), has been using creative means to engage communities in Leyte toward developing resilience and strengthening their ability to respond to disasters. Peta has encouraged them to build safe schools, too.

Aided by Terre des Hommes Germany and the Canadian Catholic Organization for Development and Peace, the artist-teachers’ group has been fulfilling one of its core objectives: the pursuit of people’s development using culture, theater and the arts. In effect, the project has dispelled the seeming dissonance between the arts and disaster-preparedness (or “DRR” as Peta members would call it).

Earlier this month, while giving print-media representatives a tour of the areas covered by Lingap Sining, program manager Gail Guanlao-Billones discussed what their crew has accomplished so far.

Workshops, which usually last a day or two, have been conducted in eight barangays and 13 schools in Leyte’s Palo and Dulag municipalities.

The activities involved evaluating a community’s DRR strengths and level of preparedness; psychosocial processing and support; sharing the basics of DRR as well as concrete individual and community courses of action in times of calamity.

“DRR is a technical concept, so if they’re  given only lectures, they’ll just sleep through it. So we integrate [lessons] in activities that tap their stories, experiences and they are able to relate the concepts to their life experiences. In the process, they feel empowered dahil nakapagbahagi sila.”

But it doesn’t end there. Peta has taught local counterparts, like cultural creatives, teachers, school administrators and representatives of government agencies, to continue facilitating similar workshops in their respective areas.

Peta’s DRR initiatives have been creating ripples within and beyond the communities under its care.

It has influenced fisherfolk like Yolanda Magason, 48, whose husband died guarding their home during Yolanda’s onslaught.

There’s also Maribel Baynaco, 36, whose husband chose to leave behind home and possessions to keep intact their young family, which at the time included a 4-month-old baby.

Magason and Baynaco are members of the Yolanda Survivors Women’s Association, whose 134 family beneficiaries look forward to building a model community in a relocation site in Diit, Leyte.

Even boisterous, rambunctious young school kids pay attention to Peta’s initiatives. About 300 of them, with some 100 adults, milled inside the Barangay Tacuranga Plaza to watch “Padayon!,” a touring production that advocates community-managed disaster risk reduction.

Too complicated a concept for children? Not with Melvin Lee’s writing and direction, Carlon Matobato’s kuratsa-influenced choreography and the performers’ engaging energy, unwavering even as they flitted from Tagalog to Waray-Waray to the occasional English dialogue.

“Of course we cannot come up with super-drama because nandoon na sila (survivors) nanggaling, and the kids, too,” said Lee.

“We needed to be more inclusive and, at the same time, give them the opportunity to learn and remember [the DRR advocacy], but hindi up-front na it’s about Yolanda concretely.

“Padayon!” which means go on or move forward in Waray-Waray (the Leyteño language), should have been described in Peta’s fact sheet as something more than just a community performance caravan.

It was a riotous display of song, dance and play of words that captured the attention of—no, transfixed—its young audiences who, only moments before, had seemed unable to quiet or settle down on that hot summer afternoon.

No wonder neighboring barangays have asked Peta to take Lingap Sining to their communities as well.

Clearly, even the arts and culture can create a ripple effect where the development of Filipino communities is concerned.