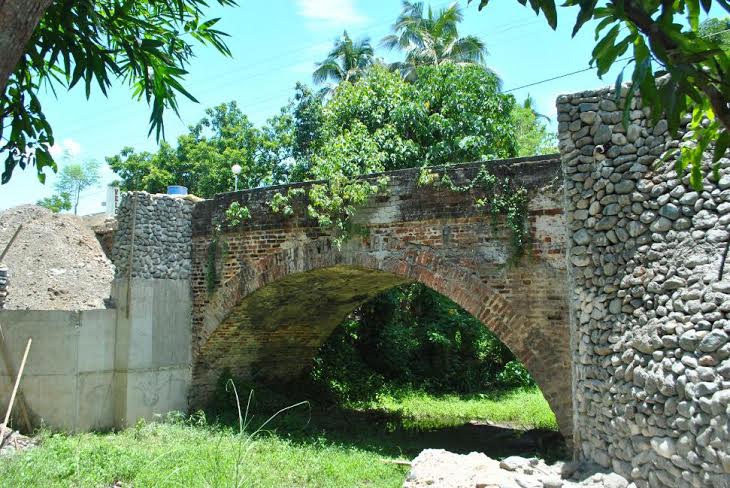 The controversial retrofitting and widening of the 200-year-old Dampol Bridge in Dupax del Sur, Nueva Vizcaya, will no longer push through after the Department of Public Works and Highways heeded National Commission for Culture and the Arts’ (NCCA) advice to stop the project.

Also suggested by the NCCA in a recent meeting held was for DPWH to consider building instead a bypass road, said Nueva Vizcaya Rep. Carlos Padilla.

Padilla said the meeting was attended by officials from DPWH and National Museum, whose head sits as an ex officio member of the NCCA board.

Last year, DPWH stopped the project after Rep. Padilla and Gov. Ruth Padilla made a verbal request to the DPWH following an outcry from the Isinay community and heritage advocates.

The money for the project has been re-aligned for another project, said Rep. Padilla, adding that new funds had been requested for the construction of the proposed bypass road.

Rep. Padilla confirmed that restoration and repair on the bridge had been done by DPWH, which chagrined heritage advocates and experts since cement and riffraff walls were constructed on the sides.

The issue caught the public’s attention in August last year after photos of the damaged bridge with its exposed inner filling circulated on social media.

University of the Philippines-Baguio faculty member Analyn Salvador-Amores led a petition against the demolition, with the support of the local Isinay community.

Rep. Padilla explained the original plan of DPWH was to restore the bridge after a crack was noticed underneath.

There will be no intervention on the sub-structure, he explained, but the upper portion will supposedly be widened to accommodate bigger vehicles.

Once the bypass road is constructed, only “light and local” vehicles will be allowed to pass through the bridge, he said.

Dampol Bridge, which spans Abanatan River, is a presumed important cultural property under the National Cultural Heritage Act of 2009. It is over 100 hundred years old and a classic example of Spanish engineering.

Dominican Manuel Corripio, the builder of the town’s church, built the first bridge in 1773. It collapsed in 1812 and was rebuilt seven years later.

The bridge suffered minor damage during the earthquake of 1880 and 1881.