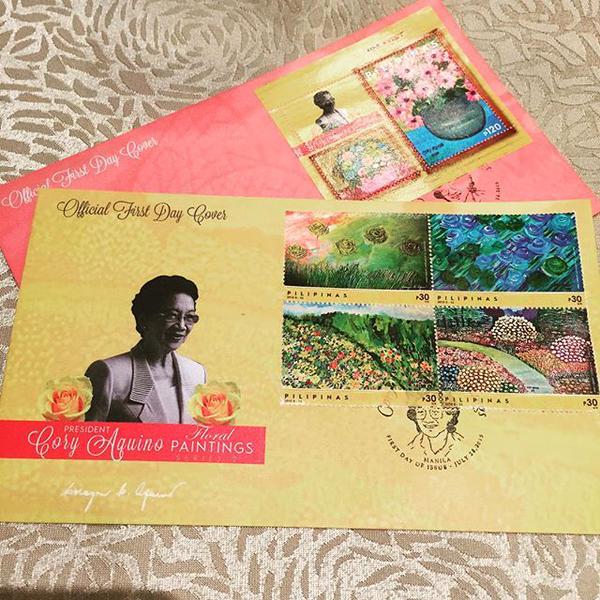 The scented stamps are available in four designs printed in imported, unwatermarked paper.

PhilPost said the stamps will be sold at P30.00 each. Four hundred thousand stamps have been printed so far. PhilPost will also issue 50,000 copies of a souvenir sheet of all four stamps at P120.00 each.

PhilPost launched the first series of scented Cory stamps that also featured her floral paintings last year. The agency said the series was its top seller among stamps offered on sale in 2014.

“She may have been gone but her memories will forever remain in the hearts of the Filipinos,” said Postmaster General Josie dela Cruz.

“We at PhilPost would like to immortalize her passion for painting by issuing another set of special scented postage stamps to feature her colorful floral artworks,” he added.

Mrs. Aquino’s daughters Ballsy Cruz and Pinky Abellada were present during the launch. PhilPost said some of the stamp designs were taken from paintings lent by the sisters.