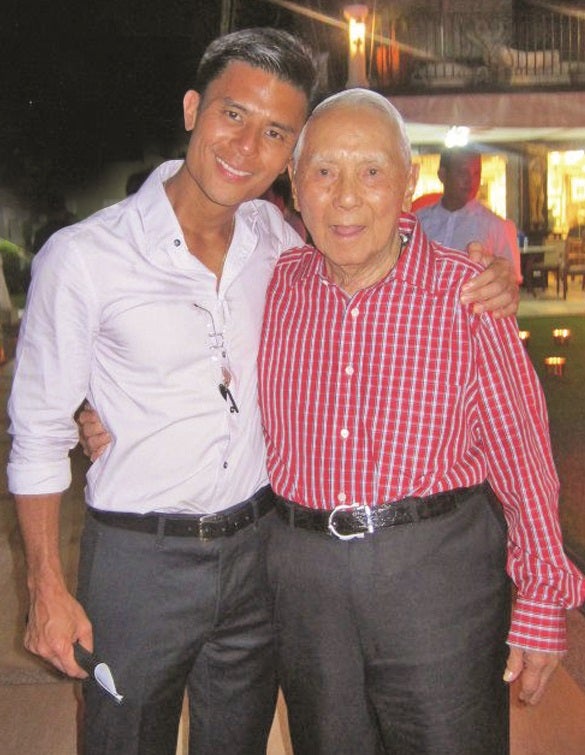 Rustan’s’ acquisition of the department store Adora, which caught many by surprise, could be a win-win situation for subsidiaries of the luxury retail corporation, according to a business analyst.

Last May, the Tantoco family, which owns Rustan’s, announced that it was bringing Adora into the fold, an idea of the patriarch, former ambassador Bienvenido Tantoco Sr., who founded Rustan’s with his wife Gliceria in 1951.

“Rustan’s will not invest in a losing venture, and Adora could only benefit from a known brand like Rustan’s,” he said.

Now the retail industry is watching closely how the coming together of these two luxury brands will affect high-end lifestyle retail. Adora has a niche market for contemporary fashion and Rustan’s is a 64-year-old retail institution that has been catering to at least three generations of shoppers.

Added to this is the power of the SSI Group, which is also part of the Rustan’s Group, and its impressive roster of middle- to high-end labels.

Adora was founded in 2008 by Marilou Tantoco Pineda, a daughter of the Rustan’s founder, and her son, fashion mover Eman Pineda. In those seven years it was thought by many as a breakaway faction of the retail family.

For sometime, there had been rumors in the retail community that the exclusive store in Greenbelt 5 was losing money. The Tantocos did not touch on whether Adora was indeed losing money, stressing instead that its acquisition by Rustan’ s followed the wishes of their patriarch.

“My lolo wanted this to happen for both business and family reasons,” said Donnie Tantoco, president of Rustan Commercial Corp. (RCC) and eldest grandchild of the Tantocos.

“Acquiring Adora shows how serious he is about continuously improving corporate governance in our group. Toward this end, we are constantly trying to find ways to become a more efficient, professional and viable retail group.”

The move is also positive for the SSI Group, headed by another third-generation Tantoco, Anton T. Huang. SSI is aggressive in its expansion following its initial public offering in 2014, Del Castillo added.

When Adora opened in 2008, the Tantoco-Pinedas worked independently of the Rustan’s brand, hiring a London PR firm for its media campaign.

As he struck out on his own, Pineda proved that he had the chops to run a successful fashion retail venture. Before Adora, he created the clothing brand Tyler (recently sold to an apparel chain), which gained a niche market of stylish women with a practical, clean approach to dressing.

He then launched Harlan + Holden, which is already developing a following. He also brought in the German luggage brand Rimowa.

Rimowa and Harlan + Holden remain under Pineda’s independent management after the sale of Adora. Only the exclusive distributorship of Harry Winston is included in the Adora deal, Pineda said.

Was it bittersweet for him to let go of Adora?

Pineda now reports to his aunt, Zenaida Tantoco, RCC chair and chief executive, and his cousin Donnie. The goal is to make the transition seamless, he added.

“Eman founded and built Adora with his mom,” Donnie Tantoco said. “He has the institutional knowledge and the market expertise that made Adora what it is today. This is why Nedy Tantoco told me to make sure that Eman will continue to be involved with Adora for an extended period.”

“He will be the overall head of Adora and will oversee the core retail functions such as merchandising and operations. This was part of the agreement to ensure that the merchandise selection, communication, and customer experience are aligned with the Adora branding.

“Adora will continue to stand for classic sophistication and youthful modernity, and will remain the most inspiring place to shop for contemporary outfits.”

Support from RCC will only come in the form of “financial and back-of-house resources,” Tantoco said.

Any changes in merchandise selection are still being studied, including the idea of Adora carrying SSI brands.

“This marriage of two brands presents numerous opportunities for synergies that we can exploit. Where we see the target market of Rustan’s and Adora intersecting, we are studying ways to carry a curated selection of products and brands available at Rustan’s at Adora,” Tantoco said.

“Adora’s integration in RCC makes RCC a dual-banner department store operator. It gives Adora the benefit of scale. At the same time, it brings to RCC another format, which is a specialty department store with a different and loyal customer base.”

It is interesting to note that the third-generation Tantoco is now at the helm of these businesses.

In the end, whatever circumstance that led to the Adora acquisition could only bode well for future generations of the Tantocos, Del Castillo said.

Unlike other local retail families, “this third generation is aggressive,” he said. “They’re not only expanding their existing brand but are creating new businesses.”