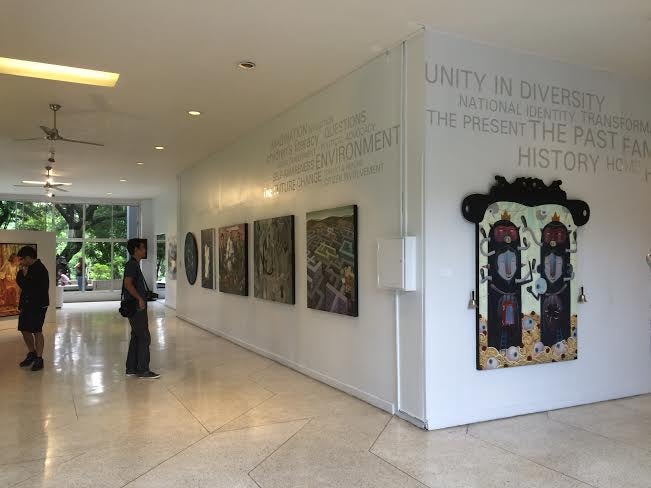 "THE NEXT Chapter" exhibit at Vargas Museum

THE CENTER for Art, New Ventures, and Sustainable Development (Canvas), the arts advocacy group, started in 2005 with the publication of a children’s book inspired by French writer Jean Giono’s “The Man Who Planted Trees.”

Canvas since has been publishing children’s books that combine compelling storytelling and excellent visual art by top writers and artists.

Perhaps one of the most memorable of these titles is “Elias and His Trees” by Augie Rivera.

“‘Elias and His Trees’ laid the groundwork for everything else that followed for Canvas over the next 10 years,” said Gigo Alampay, founder and executive director of Canvas.

Rivera’s text was accompanied by the artworks of Romeo Forbes Jr., who succumbed to non-Hodgkin’s lymphoma in 2006.

The 24-year-old artist’s untimely death paved the way for Canvas’ succeeding book projects, as it established the Romeo Forbes Children’s Literacy Initiative to honor the painter.

Through the initiative, Canvas has produced several children’s publications—all colorful collaborations between artist and author.

To celebrate its 10th anniverary, Canvas has mounted the exhibit, “The Next Chapter,” at the University of the Philippines Vargas Museum

A visual timeline of the group’s growth, “Next Chapter” highlights artworks—full-scale paintings—that have served as illustrations of the 17 publications produced so far by Canvas.

For its publishing program, Canvas took its cue from Giono himself, who believed that his ecofable, “The Man Who Planted Trees” should reach audiences freely to spread the word about the value of nature.

“This belief in a ripple effect, and Jean Giono’s example is the reason why we have always made our stories freely downloadable on our website, and why we choose to give our books to children in poor and disadvantaged communities throughout the Philippines,” Alampay said.

Complementing the publication series is Canvas’s book donation drive, 1 Million Books for 1 Milion Children, which aims to give a million Filipino children the unparalleled experience that only a book can offer.

“From one seed, an entire forest. From one story, a generation of readers,” Alampay said. “We cling to the hope and possibility that somewhere down the line, one of the books that we publish, one of the artworks that we show, or one of the ideas that we share will trigger the imagination of a child who will then be moved to change the world for the better.”

Other programs are Looking for Juan Outdoor Banner Art Project and TEDxDiliman, which began in 2009 and 2011, respectively.

In 2009, Canvas also partnered with the Pacific Rim Park Project, a nonprofit organization that built “friendship parks” around the Pacific Rim. The partnership resulted in the Salinlahi Pacific Rim Friendship Park in Puerto Princesa, Palawan.

“The Next Chapter” is running at the UP Vargas Museum in Diliman, Quezon City.

Concurrently on show is “Only in the Philippines,” the collection of artworks for the 2015 Looking for Juan Outdoor Banner Project.