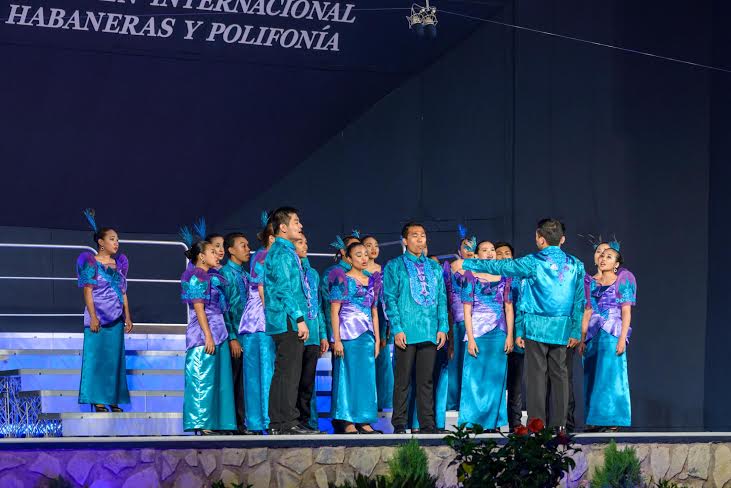 UNIVERSITY of the Philippines Manila Chorale

The University of the Philippines (UP) Manila Chorale and Imusicapella won the 1st and 2nd prizes of the Polyphony category.

The competition was held at Eras de la Sal in Torrevieja July 16-25.

The UP Manila Chorale successfully got the top prize for its rendition of “De Profundis” by John August Pamintuan and the traditional Filipino song “Dayo, Dayo Kupita.”

Imusicapella reportedly delivered a “moving interpretation” of its polyphony piece.

Alterum Cor also won the Francisco Vallejos Prize, an award given to the group that performed the best interpretation of a traditional habanera.

The Hódar Talavera award, a merit given to the Best Choir Director, was given to Julia Foruria of Gaudeamus Korala.

The best Polyphonic “Region of Origin” performance was handed out to Iuventus Fundación Sirenáica of Colombia.

The Audience Prize, a popularity award, was given to Grupo Vocal Kromátika.

International Habaneras and Polyphony Choir Competition is now on its 61st year.